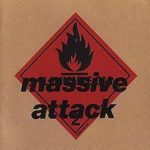 25 years after its release, it’s difficult to conceive of how different British urban music might sound if it wasn’t for Massive Attack. The Bristol trip-hop collective’s debut album Blue Lines did an enormous amount to broaden the horizons for the fledgling British urban music scene. Chief producer Andy ‘Mushroom’ Vowles adopted the sampling and production culture of American hip-hop and filtered it through the aesthetics of the British underground scene, mixing those features with elements of dub, soul and reggae. Additionally, live instruments were introduced into the recording process to ensure that the songs retained a human touch. Fellow Bristolian ‘Wild Bunch’ sound system members Shara Nelson, Horace Andy and Tricky – soon to become a solo artist – contributed vocals to several of the album’s tracks.

The result was a widescreen yet introspective and intimate modern take on the history of black music, avoiding the clichés of contemporary beat-driven music. Vocalist Grantley ‘Daddy G’ Marshall said that the collective’s desire was to “create dance music for the head, rather than the feet”, and the success in bringing that vision to life was total. In the context of an era where so much dance music was ephemeral and held fleeting value as novelty, Blue Lines resonated and lingered in the popular consciousness to the extent that it’s never really been out of fashion since. The majority of Blue Lines runs at a significantly slower tempo than most electronic music of its time (67-90 beats per minute as opposed to 120bpm, the speed of typical house music), lending it a timeless, meditational atmosphere reminiscent of the soul and R&B golden age of the 1970s, yet allowing it sound fresh and original even twenty years later.

Simon Reynolds referred to Massive Attack’s sound as ‘spliff tempos’ – languid, rounded beats channelling funk, soul and hip-hop leading to a much calmer and chilled atmosphere, one which held an appeal to a different kind of reveller. Therefore, it represented a major split in the sound of British electronic music that would remain throughout the ‘90s. Where the hedonism of the big-beat acts such as The Chemical Brothers, Underworld and The Prodigy smashed up the dancefloors and festivals fuelled by ecstasy, Blue Lines was the epitome of something altogether darker, more relaxed and atmospheric that could be enjoyed while sitting down.

It helped that Blue Lines was prefaced by one of the group’s two signature songs in ‘Unfinished Sympathy’, quite simply one of the greatest singles of the decade, if not all time. Shara Nelson’s keening vocals score through a mixture of stirring strings, looping, feather-touch beats and that haunting, clipped vocal sample from Mahavishnu Orchestra’s ‘Planetary Citizen’, lost and anxious in the sprawling soundscape, it is pure sonic perfection, able to send shivers down the spine no matter how many times you play it. Though the group had to be credited as simply ‘Massive’ when it was released as a single (as ‘Attack’ apparently was too sensitive during the ongoing first Iraq war), it broke the group into the mainstream.

The cinematic opening track ‘Safe From Harm’, an admission of intense vulnerability blown up to the biggest widescreen dimensions, is another moment of heart-stopping ingenuity courtesy of Nelson. Horace Andy, a Jamaican roots-reggae singer who has occasionally worked with Massive Attack throughout their whole career, also steals the show on the sparse, smouldering ‘One Love’ and the philosophical, meditative closing track ‘Hymn Of The Big Wheel’. Its central message of stoicism, with its Rastafarian-influenced proverbs such as “the world spins on its axis / one man struggles while another relaxes”, fitted in perfectly with the cross-cultural melting pot of the group’s aesthetic.

Tricky’s distinctive and remarkably credible English rapping (something unbelievably rare at the time) on ‘Blue Lines’ marked him out as a future star, while the full cast collaboration ‘Five Man Army’ acted as the centrepiece, with its slowly undulating break and dub feel giving a blissed-out, 4am comedown vibe. An infectious, low-slung cover version of ‘Be Thankful For What You’ve Got’, a soul staple of the 1970s, and the upbeat ‘Daydreaming’ break up the otherwise chilled mood to inject variety into an enthralling collection.

Simply, there is no weak spot in Blue Lines, making it one of the most enduring albums of any genre of the last 25 years. It marked Massive Attack out as one of most innovative British bands of the 1990s, and its influence on the ‘trip-hop’ sub-genre, the UK rap, hip-hop and grime scenes, and even the indie and pop mainstream ever since would be impossible to gauge fully. Everything would sound different, or would have evolved much more slowly, without its groundbreaking sense of vision. Their two subsequent albums, 1994’s Protection and 1998’s Mezzanine (the latter containing their other signature song, ‘Teardrop’) were equally popular, yet it is this debut effort that is held in highest regard by most people. Blue Lines is also enduringly popular in addition to the critical accolades it received, holding a fearsome 98% score on Metacritic, and is regularly included in lists of the greatest albums of all time.

Listen to Blue Lines here, and tell us what you think below!

A jaded, cynical yet ultimately touching analysis of Western civilisation's…

The point at which The National began to outgrow their…

One of the most challenging and avant-garde albums from a…