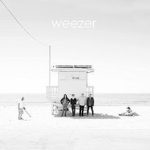 As lead singer and creative fountainhead of Weezer, Rivers Cuomo has overseen one of the most bizarre career arcs ever. Creating twin masterpieces in the mid ‘90s with their first self-titled record ‘The Blue Album’ and then Pinkerton, which sprawled across the dividing lines between pop, rock, indie and emo, Cuomo’s form gradually went completely off the rails with the turn of the millennium. Mediocrity set in as Weezer relentlessly pursued the pop crossover, but aside from 2005’s huge hit single ‘Beverly Hills’ their campaign met with critical thrashings and popular indifference. Their last self-titled record – 2008’s ‘Red Album’ – was the start of a run of three desperately awful albums in as many years. The revolting, irony-free rap video fantasies of 2009’s Raditude and 2010’s lifeless Hurley were so utterly without merit as to constitute crimes against music, making Weezer one of the very few acts in rock history to release a 10/10 and a 0/10 album in one career.

Following a four-year hiatus during which drawing boards were revisited and first principles re-established, Weezer returned with a confused but much-improved album in 2014, Everything Will Be Alright In The End, signalling that Cuomo was ready to come back in from the cold, having stopped seemingly living out a mid-life crisis in his ill-judged output during the noughties. Now, this fourth self-titled record, known as ‘The White Album’ when it was announced at the end of last year, provides further evidence that this comeback is a trend rather than a spike, with Cuomo’s distinctive songwriting chops in better nick than they have been at any point in the last 15 years.

As ever, Cuomo’s lyrical style is maximalist to the point of being absurd: the amount of fleeting, bizarre references to Darwin, Hare Krishnas, male pregnancies and all sorts of strange and incompatible pop culture tags makes it, on paper, the most entertaining Weezer LP in a long time. What really makes some of the tracks sparkle is the pop delivery combined with a less typically ‘Weezer-esque’ approach. There’s comparatively little of his and Brian Bell’s trademark riffing, sacrificed for a more subtle and piano-led approach in many places that actually suits the pop structures of the tracks. In the past, the insistence upon loud, radio-ready guitars has blunted their power and made their records stodgy.

Where ‘The White Album’ succeeds is in recapturing that sense of effortless fun that used to characterise Weezer records of yore, which has been conspicuously absent since Make Believe onwards. Right from the fresh, textured guitar pop of opener ‘California Kids’ that sees Cuomo recount his tales of the Westside of L.A. that have led him to describe this record as Weezer’s “beach album”, this is a much less studied effort and is all the better for it. His muse is settled, and the mood is much brighter and happier. This moves into the loving Brian Wilson homage ‘Wind In Our Sails’, with pretty observational references to “cumulonimbus in the sky”, and again on ‘(Girl We Got A) Good Thing’. The enjoyable flight of fancy that is ‘L.A. Girlz’ keys back into 2001’s ‘Green Album’, while the campfire singalong close ‘Endless Bummer’ is one of the most rewarding individual Weezer songs in many a year.

The constant references to girls and getting high is slightly strange for a man nearer 50 than 40, but Cuomo’s spirit has always been trapped in perpetual geeky teenage-hood. This doesn’t work well on tracks like ‘Thank God For Girls’, in which he garbles his words to cram in all his references to Tinder dating and tambourine-playing Hare Krishnas, and it skirts dangerously close to the toxic environs of Raditude. However, it works brilliantly on the hilarious ‘Do You Wanna Get High?’, which oddly juxtaposes an extremely poppy hook with lyrics about heroin addiction and constipation.

But this has always been the central conceit with Weezer, and one they’ve not worked as well as this for a while: as long as you’re prepared to go along with Cuomo, and as long as his songwriting is confident enough to support it, then it will be an enjoyable experience. While it’s far from being as good as their first two albums (very few things are…), in the context of their recent history ‘The White Album’ feels like a genuine cause for celebration. 22 years and 10 albums into their career, the hugely welcome rehabilitation of Weezer continues apace, and suggests that their best years might not necessarily be behind them yet. (6/10)

Listen to Weezer (‘The White Album’) here, and tell us what you think below!