REVIEW: Explosions In The Sky – ‘The Wilderness’ (Temporary Residence Ltd.) 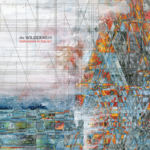 The Wilderness is perhaps an appropriate album title when considering the content of Texan post-rockers Explosions In The Sky’s newest artistic venture. Although retaining the gentle, dream-like guitar riffs that have featured in previous works all the way back to their 2003 masterpiece The Earth Is Not A Cold, Dead Place, EITS have stepped into the bottomless unknown to explore much deeper territories of music. Although the familiar climactic crescendos are still very much in place, The Wilderness presents a far more ambient experience that seems to take the listener on an intensely personal journey through cavernous depths of consciousness. Explosions In The Sky invite you to join them as they transcend into The Wilderness.

Their vast experience in motion picture soundtracks, with films such as Manglehorn and Lone Survivor being just a couple of examples, has come to bear on this new record. Although The Wilderness of course does not fall into the strict category of movie soundtrack, it certainly feels as though it should. Opening song and title track ‘Wilderness’ sets the scene with a delicate pitter-patter that evokes comparisons to the sound of light rain in the dead of night. The reverb and delay that characterises the illuminating piano subside into eight counts of echoing nothingness before erupting into a crescendo that almost appears to remind us of who we are listening to. The generated intensity remains high through the pounding drums of ‘The Ecstatics’ and ‘Tangle Formations’ before being whisked into orbit with the arrival of ‘Logic Of A Dream’.

Album centrepiece ‘Disintegration Anxiety’ represents The Wilderness’ most defining moment. The unpredictable alteration from the muffled yet harsh atmospherics to the infectious guitar part that runs throughout is a clear indication of EITS’s diverse sound. The tempo slows with the spine tingling depth of ‘Losing The Light’ and then we’re slapped in the face by the contrasting repetition heard in the following ‘Infinite Orb’. ‘Colours In Space’ sounds exactly like what you’d expect from the name – the floating feel of ambient perfection carries the listener gracefully throughout before flourishing into a much more driving beat and then finally disintegrating into a sound that can only be described as the burgeoning roar of a rocket ship preparing for lift-off. Like some distant lullaby, ‘Landing Cliffs’ informs us of beautiful finality, its simple tenderness washing warmly over the listener as The Wilderness concludes its winding exploration.

The Wilderness’ overwhelming capability to stimulate the imagination with such grace and intensity is a rare trait indeed. It’s certainly highly uncommon for a band to exude such a unique rawness that allows each individual listener to be totally immersed in such varied emotion. The Wilderness is a soundtrack of powerful interpretation that is sure not to leave the mind in any hurry. (9/10)

Listen to The Wilderness here, and tell us what you think below!