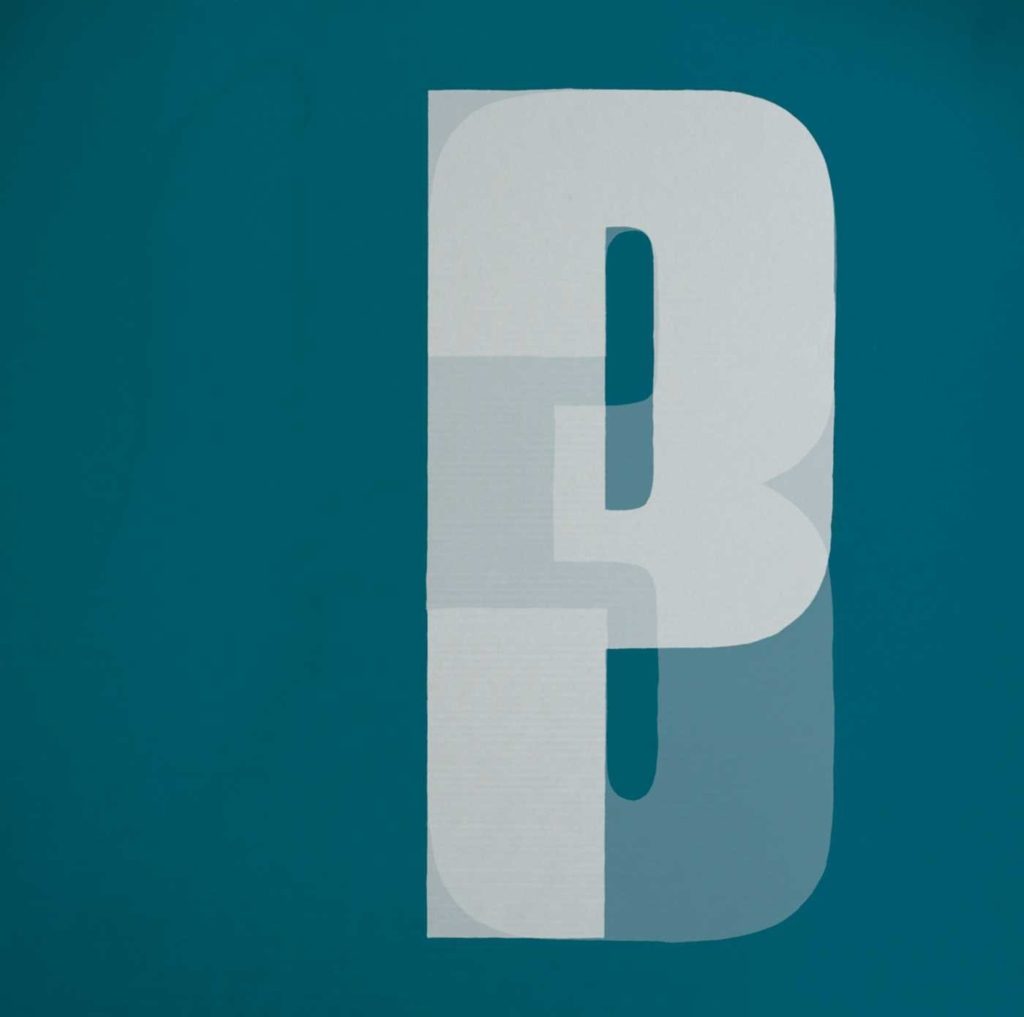 While the mainstream British press worked itself into a lather over Britpop in 1994, there was another, equally significant revolution being effected elsewhere in the country that same year, personified by Dummy, the Mercury Music Prize-winning debut album from Portishead. Built from head-nodding, down-tempo beats, tasteful soul and R&B samples and atmospheric strings, Dummy was not only a critical success but also a cause-celebre for tastemakers, as the album and its 1997 successor Portishead became one of the mid-Nineties’ most fashionable items. Tracks like ‘Wandering Star’ and ‘Glory Box’ soundtracked many a middle-class dinner party as well as a clubber’s 4am comedown.

However, that perception of Portishead’s music as something merely functional meant that Dummy was often not appreciated for what it truly was – one of the greatest and most inventive albums of the decade. This lazily attributed reputation as purveyors of anything as anodyne as ‘chill-out’ music made the trio of Beth Gibbons, Geoff Barrow and Adrian Utley bristle with frustration, and they promptly dropped off the radar and went to ground following the 1998 release of excellent live album Roseland NYC Live, not offering any clues as to when, it at all, they would return.

When they finally did, 11 long years later, Third was the sound of a very different Portishead than the one people remembered, almost a re-debut given the long passage of time, with a new generation approaching the band with fresher ears than the ones who longed for a re-hash of Dummy. They had exorcised every possible remnant of trip-hop from their sound, a bold move considering that Portishead effectively acted as a brand name for that genre, with the result that Third was far more experimental and diverse than its predecessors.

Recorded in bursts between 2005 and 2008, Third was produced by Portishead themselves and entirely within their own Bristol studio. Many of the tracks had existed as ideas or in embryonic form for several years, with each of the band members adding elements to them in collaboration, but most of Third came together during a creative spurt at the end of 2007. From the beginning, Barrow, Utley and Gibbons were determined to depart from that trip-hop sound for which most people knew them.

Geoff Barrow asserted to the New York Times that “the basic thing was to sound like ourselves, not to repeat ourselves”, while Adrian Utley told the same interviewer that they set themselves the challenge of not falling back on instruments they had already used on previous records. Instrument swapping was a marked theme during Third’s recording.

Third is an album of jarring juxtapositions and sudden changes in mood from song-to-song, yet the whole is an unmistakably bleak and claustrophobic experience. Where keyboards and strings were once a core component of the Portishead sound, they were now serving a more rhythmical purpose – piercing and dissonant, not just there to provide a sound-bed. To paraphrase the contemporary Pitchfork review of Third, where the film-soundtrack atmosphere was of John Barry on Dummy and Portishead, now it was more redolent of John Carpenter and Bernard Herrmann. Everything on the record seemed to be shrouded in mystery, generating a cloud of unknowing and confusion that befitted the economic collapse of 2008. In some ways, it was a similar move to that of their Bristol-based colleagues Massive Attack – themselves also pegged in the ‘trip-hop’ genre after their groundbreaking 1991 debut Blue Lines ­– with their third album, Mezzanine, in 1998. It embraced anxiety and starkness, where previous albums had been characterised by warmth. But Portishead had always been quite cold and distant, even as the sumptuous cinematic strings of their first two albums soared.

To merely describe Third as experimental is to only appreciate one aspect of it, and overlooks the fact that, for all the whirs, beeps and stark rhythms, Portishead make unmistakably human music. Even though Geoff Barrow and Adrian Utley are notorious perfectionists, and every single note is carefully placed, nothing sounds processed or artificial – unlike most pop since 2008, where the music is tweaked to the point where it sounds unnatural. No quarter or concession is offered to the notion of accessibility, or the expectations of what existing fans had of them. Ten years later, Third still scans as the most sonically radical comeback album in recent memory.

Nowhere is that shift more evident than the album’s first single, ‘Machine Gun’, which has to be one of the strangest and most avant-garde tracks ever to make the UK Top 40. Beth Gibbons gives a typically haunted, hunted vocal performance, but what really stood out was the brutal, onomatopoeic barrage of industrial beats pounded out by Barrow and Utley on synthesised drum-pads. ‘Machine Gun’ sounded like the score to some nightmarish, remorseless alien invasion, completely outside the realm of popular music, and signalled to the outside world that this was a very different Portishead than before.

Another stand-out moment comes in ‘We Carry On’, with a two-note electro riff powering it along over a relentless piston engine of a krautrock drumbeat that sounds like it’s come from some unmade Ennio Morricone movie. It’s tense to the point of being almost unbearable, marrying European aesthetics with a peculiarly English ennui. ‘Plastic’ and ‘Threads’ make an attempt to forge a bridge between the modern Portishead and the original version from the previous decade. The former features a collapsing rhythm that constantly stops and starts, before waves of noise bombard and tear it apart. The latter contains some of the cool, cinematic suspense of Dummy, only it feels a lot more moody and dejected. ‘Small’ is a dissonant moment of funereal organs and screeching strings and keyboards.

Elsewhere, Portishead embrace the art of quiet, of the absence of noise creating the tension and atmosphere. The desiccated ‘Nylon Smile’ and the fragile, acoustic semi-folk of ‘The Rip’ appear back-to-back, while the song-sketch of ‘Deep Water’ is played on a second-hand ukulele to construct a memorable sliver of nightmarish doo-wop.

The shifting sonic identity that Portishead embraced here, however, sometimes obscures the fact that Third is an incredibly bleak record in lyrical terms. Beth Gibbons, as ever, is the unsung hero of Portishead’s work, her vocals an occasionally obscured but nonetheless vital hook on which to hang the group’s compositions. It’s like putting on some dusty, cobwebbed old recording and listening to a voice that’s been trapped within for fathomless years, and it’s a crucial focal point.

Gibbons sounds absolutely destroyed, beyond help or redemption, on the skittering, chase-scene-paced opener ‘Silence’, imploring sadly “Did you know what I lost? / Do you know what I wanted?” at some unseen person who, it sounds like, isn’t going to provide any kind of answer or apology. The next track, the wounded death-march and gothic cabaret of ‘Hunter’, throws a spotlight on Gibbons’ voice specifically, while continuing the spy-movie feel of the album’s opening. “I can’t deny what I’ve become / I’m just emotionally undone” she mews in crestfallen fashion on ‘Magic Doors’ over a kick-drum and cowbell rhythm that sounds like some screwed-up funk sample. It’s a continually compelling presence that provides another layer to explore on Third, once you’ve done marvelling at Barrow and Utley’s unique soundscaping.

Rather than sparking a new era of creativity like many would have anticipated with such a comeback album, Third exists alone in a 21 year vacuum of no other Portishead music. While they have occasionally reunited for brief tours and festival appearances, the three have shown no indication they’re about to release new music any time soon. A stand-alone single, ‘Chase The Tear’, appeared in 2009, but other than that it’s been radio silence. Geoff Barrow has carved out a notable production career, working with the likes of The Horrors on their career-changing Primary Colours, as well as scoring Charlie Brooker’s dystopian anthology series ‘Black Mirror’ and forming side-project Beak>.

Truthfully, Third hasn’t left that much of an impact on the subsequent decade’s musical DNA because so few other artists have had the courage or talent to take the same kind of artistic plunge as Portishead did here. Essentially disposing with their major USP as ‘trip-hop’ pioneers and choosing to do their own thing after such a long time away is an incredibly risky manoeuvre, and the sign of a true artist. It was the sign of greatness that Third was as half as utterly mesmerising as it was.

So, while their debut Dummy is the album that most music fans wax lyrical about – and for good reason – it’s the more experimental and divergent Third that perhaps best showcases Portishead’s true nature: as field-leading innovators.

Listen to Third by Portishead here via Spotify, and tell us what you think below!