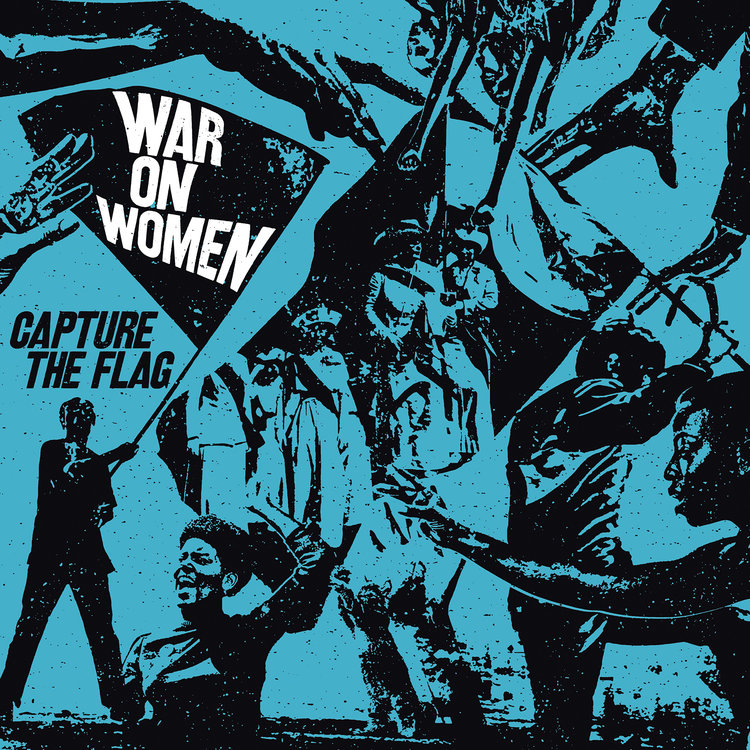 There’s plenty of energy and righteous anger on War On Women’s second full-length ‘Capture The Flag’, but it’s ultimately hamstrung by a punk-by-numbers approach.

Baltimore feminist hardcore band War On Women, taking their name from an activist slogan to describe various unenlightened Republican policies over the decades, remind us that women are still angry and that we will not let up until something changes. Capture The Flag, their second full-length album, is bold and brash from the onset. It is instantly confrontational and assertive, demanding listeners to be attentive and present as they take you through a journey of all that is wrong with the world.

It is unfortunate therefore that, musically, the album often falls a little flat. Capture The Flag would have really benefitted from being a bit more experimental and trying to move hardcore punk forward, as for the most part it can’t get past the feeling that it’s rock-by-numbers. The sound is kind of fun in a nostalgic sense, and the band clearly have roots within DIY hardcore, but ultimately it seems to be lacking in any real kind of punk rock bite.

What the sound may lack in punk rock energy is more than made up for in its activism. War On Women have politics written through them like a stick of Brighton rock, and the issues that are addressed in their songs are important and relevant. With lyrics confronting and questioning issues such as racial discrimination, capitalism, patriarchy, and ultimately the ruling of straight white men as a whole, the band’s ethics prove that the spirit of Riot Grrrl is still very much alive. Rather appropriately, Kathleen Hanna of Bikini Kill even guests on ‘YDTMHTL’ (standing for ‘You Don’t Tell Me How To Live’).

Although Capture The Flag may not be a musical game changer, it is definitely an album that should be taken seriously. War On Women are a band with a lot to say, and more to fight against, and with more Trump apologists popping up in music on the daily, they are the kind of band we need right now. (6/10) (Jesse Casey)

Listen to Capture The Flag by War On Women here via Spotify – tell us what you think of it below!