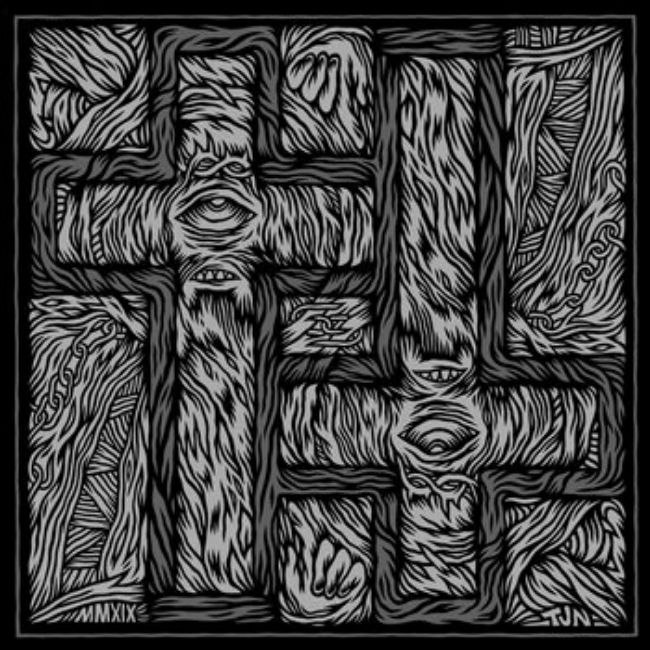 With a superabundance of frantic, noisy riffing and howling vocals, ‘God Damn’ is a return to form for the Wolverhampton trio.

It’s not too unusual for a fan of classic and alternative rock from the 20th century to claim, often with snob-like distaste, that these days there isn’t any ‘good’ music anymore, or at least that there isn’t any decent rock music being made. In response to this, fans of modern rock argue that a person with such an opinion is merely blinkering their own music taste, and not searching hard enough for the high-quality rock artists out there. One such artist that someone may use to exemplify this very point to someone else is Wolverhampton’s God Damn. Formed in 2010, God Damn are a modern rock band with traceable stylistic influences – it’s without a doubt that these musicians were raised on a diet of ‘70s, ‘80s and ‘90s rock, which has certainly shaped their approach to songwriting. Yet, as can be heard on their latest release, the self-titled God Damn, this three-piece group have positioned their material very firmly in the 21st century with their intense sound.

NME once summarised God Damn as “Black Sabbath having a screaming row with Nirvana”, a description that the band members themselves seem quite pleased with, having only provided that quote instead of any biographical details on their Spotify artist page. When listening to God Damn, as well as the band’s previous full album releases, 2015’s Vultures and the following year’s Everything Ever, it’s fairly easy to just submit and agree with this definition of the band’s music, based on immediately noticeable aspects such as the guitar-orientated sound, choice of harmonic progressions, and vocal delivery. Upon repeated listening however, it becomes more apparent that even though this band may write songs with the nuances of classic rock, God Damn are nowhere near as dark as Sabbath or as raw as Nirvana. They are undeniably heavy, but simultaneously more polished than the aforementioned groups; thick, distorted vocals on top of thick, distorted guitar with and extreme compression makes God Damn sound absolutely enormous, but leaves very little headroom or dynamic range.

The high production standards of the 21st century have defined and dated this album, and this is by no means a criticism, as of course it shouldn’t be the aim of a group to just sound like their influencers. Thanks to high quality production, the sound of God Damn is brash and highly energetic, and it’s easy to imagine every track being perfectly suited to a live show environment. There’s a superabundance of sludgy frantic riffing and rough howling vocals, as can be heard on ‘Dreamers’ and ‘Hi Ho Zero’. A particular highlight is the epic near-nine-minute track ‘Satellite Prongs’ that brings the whole album to an explosive conclusion. Despite the comparisons made between them and rock gods of decades past, God Damn are perhaps not a band to recommend to the particularly stubborn devotee of classic rock, but will certainly satisfy the modern rock fan with their torrential onslaught of sound. (8/10) (Jacob Kendrew)

Listen to God Damn by God Damn here via Spotify, and tell us what you think below!