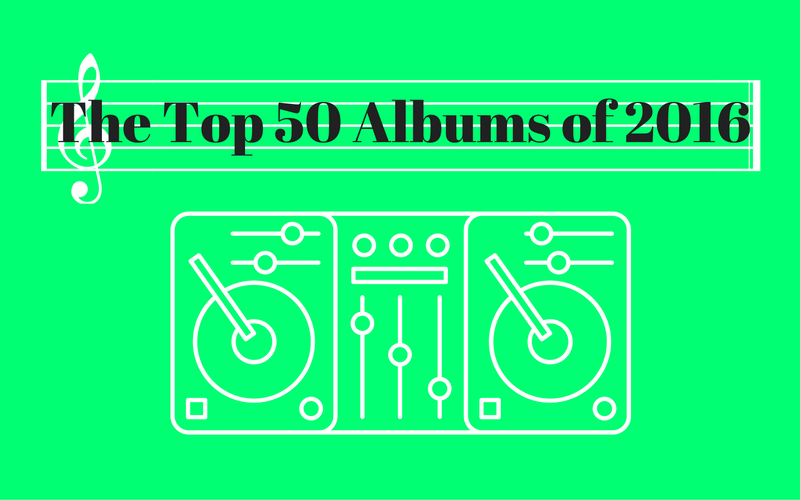 Almost as soon as it started, many people wished for 2016 to be over.

Rock legend deaths grabbed the headlines in the first part of the year, with the icons David Bowie, Leonard Cohen and Prince being the most widely mourned, followed by the poll-defying victories for Brexit and Donald Trump as the year wore inexorably on. By December, many of us were looking for the eject button. Stop the world, we want to get off.

While many have been bemoaning that it’s not even been a great year for music, we respectfully beg to differ. Hip-hop continued to demonstrate its ability to craft works of boundary-pushing genius, with the boundaries between it and R&B becoming increasingly blurred as a number of exceptional musicians delivered outstanding record. Promising talent Anderson .Paak released his forward-thinking sophomore effort Malibu, Danny Brown bowled over the critics with Atrocity Exhibition. The biggest headline-maker of all, though, was the enigmatic Frank Ocean who finally delivered his sophomore record Blonde.

Elsewhere, the main theme of 2016 seemed to be about artists finally releasing long-awaited albums.

James Blake delivered the masterpiece he’s been threatening to make for over half a decade; PJ Harvey finally followed up on her 2011 piece de resistance Let England Shake with a successor five years later; Radiohead teased us for ages before dropping A Moon Shaped Pool; and Alex Turner gave his mate Miles Kane the pay-day he’s been eagerly awaiting for eight years with a second Last Shadow Puppets album. Two Door Cinema Club located the studio door keys and made another album, and even Metallica released a first record in nearly a decade.

On a selfish note, 2016 was another year of progress and expansion for The Student Playlist, with our staff expanding to 12, all of them passionate and knowledgeable writers with contrasting tastes. It’s enabled us to cover even more ground than before, and we intend to be even more wide-ranging in 2017, with plans for a YouTube channel and a fortnightly Radar section, identifying new music, in the works.

But before we bid farewell to 2016, as tradition dictates, we must look at the year just gone, and select our musical highlights. In the spirit of collaboration, we all got together at the start of December to assemble our combined Top 50 Albums of 2016.

The only rule we imposed was that an album had to have been awarded 7/10 or higher by the original reviewer to qualify for consideration, and the rest was down to debate.

This is what we came up with. We hope that you agree with this list, and if not, that you discover something that you didn’t know you like. Happy listening!

We recommend installing Spotify on your laptop, tablet or phone in order to access the albums when you click (LISTEN).