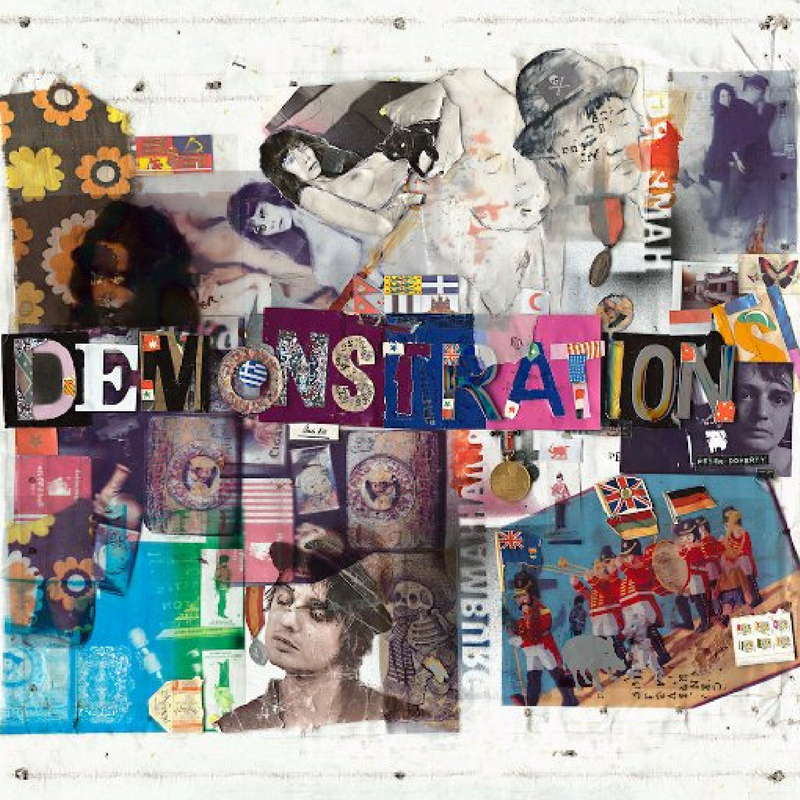 He may increasingly be a man out of time, but Peter Doherty is still very capable of crafting his old magic on his second solo album ‘Hamburg Demonstrations’.

Triumphant songwriter, tortured poet, hopeless washout, Babyshamble and Libertine – just a few of the commonly uttered phrases that have since illustrated Peter Doherty’s cockeyed career antics. It’s important that we refer to him as ‘Peter’ and not by the long-term ‘Pete’ abbreviation that was allegedly once coined from the negligence of an NME journalist. Having made his dislike of the nickname abundantly clear, it feels now more than ever that Doherty hopes to leave the chaotic ‘Pete’ persona behind him and with it, all its burdensome associations.

Now boasting a somewhat cleaner lifestyle, the newly reinstated Libertine has released his first solo album in 7 years, naturally under the name ‘Peter’. Having long surpassed his rebellious days living amidst the depths of the Arcadian lifestyle, his new album Hamburg Demonstrations is painted mostly in the colours of his own rose-tinted nostalgia, however the newfound maturity in his lyrics hints a ‘coming of age’ album that’s been a long time in the making.

Something you can’t ever take away from Doherty is his stubborn devotion to his own bedraggled style. Whilst many so-called 21st century ‘rock stars’ have been shepherded into the realms of plastic melodies and a frankly offensive use of AutoTune, Doherty has remained true to his origins and continues to utilise them to heightened degrees of unhinged success. It’s the human aspect to the tone and meaning of his lyrics that has always made him stand out, and the highlights of this new record do the same.

His soft wails of tragedy for his good friend Amy Winehouse is heartfelt and convincing in ‘Flags Of The Old Regime’ and though his tribute to the horrific events of the Bataclan Theatre is at times overly whimsical in its delivery, ‘Hell To Pay At The Gates Of Heaven’ is a touching reminder of his love affair with Paris – his long-term home since his departure from London.

Still clinging on to his own definition of love, Doherty remains infatuated with its relevance and his experiences of healing his own emotional turmoil. ‘Bird Cage’ is sincere in his love affair with love itself, however the track rambles in its own pursuit of success; something Doherty has often fallen foul of in some of his more recent ventures. The two differing versions of lead single ‘I Don’t Love Anyone (But You’re Not Just Anyone)’ is slightly unnecessary however it does bear the same ragged charm that Doherty seems to exude so effortlessly in practice. There’s even a relatively Libertines feel in the guitar rips of ‘A Spy In The House Of Love’. Its more downbeat feel gives it differing authenticity but is still the slightest snippet of welcome nostalgia for all die-hard Libertines fans to indulge in.

It’s very easy to dismiss as a damaged-beyond-repair ‘has been’, but there’s something very discrete still brewing in his age-old style. The biggest problem, it seems, is that his time has long since been and gone; his chaotic but pretty laments finding it difficult to establish a place in a world that often feels post-guitar in appearance. His style still confides in the ideals of youth and, though Hamburg Demonstrations reveals his maturation to adulthood, the two opposing variables make it difficult to fully sync with. However proving his worth in music is yet to run dry, Doherty remains iconic in practice and preserves a certain beauty in modern songwriting. (6/10) (Ollie Rankine)

Listen to Hamburg Demonstrations here via Spotify, and tell us what you think below!