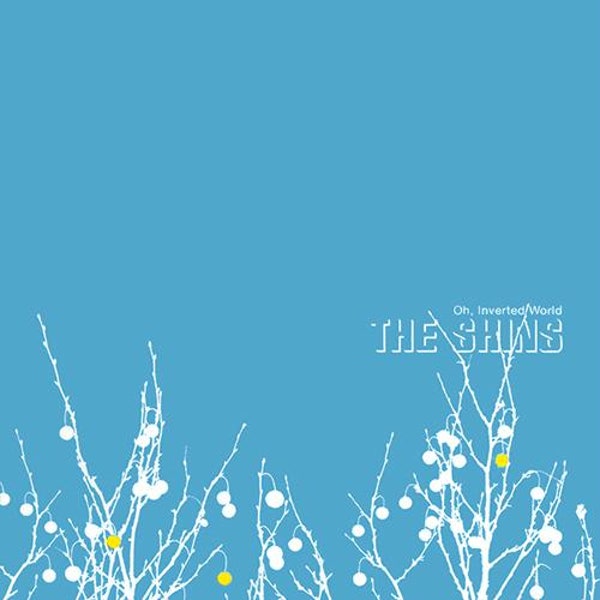 When two tracks by The Shins’ debut album Oh, Inverted Worldappeared on the soundtrack to 2004 film Garden State – a movie proudly espousing liberal values that “made Hollywood safe for indie pop”, according to Rolling Stone’s Jon Dolan, as well as more notoriously helping establish the Manic Pixie Dream Girl film trope with Natalie Portman’s performance – the band themselves had already moved on to their second record, Chutes Too Narrow. But it felt significant as a cultural landmark nevertheless, as though The Shins and their songs were the avatar for the wider ‘indie goes mainstream’ moment that occurred in the early Noughties.

Twenty years later, Oh, Inverted World still stands as an archetype of a 21st century American indie album, a shorthand for what we all understand by that definition, not only in terms of its sonic make-up but its aesthetics and disposition in general. With their debut, The Shins offered a subtle but distinct difference from the arch irony of Nineties alternative rock acts like Pavement or Built To Spill – more emotionally open and less detached, but still literate, witty and insightful. It was a shift that took place more widely in American alternative rock, with groups like Death Cab For Cutie and The Decemberists gaining prominence at around the same time.

That outlook was summed up in the album’s opening moments, with first track ‘Caring Is Creepy’ specifically skewering that latent apathetic response to emotions that had characterised the Nineties scene with post-ironic optimism. Clothing that newfound embrace of vulnerability in a classic, British Invasion-influenced sounds and delivered with a sunny, West Coast sensibility redolent of an ersatz Pet Sounds, the trick that James Mercer and his colleagues executed so superbly was to create a sound that was instantly timeless and recognisable, yet not overly-reliant on any specific era. As such, they were able to avoid being pigeonholed as mere revivalists. Built from familiar compounds, they delivered a soundtrack to twenty-something, post-adolescent angst that has been influential on countless artists since.

It can’t be stated enough just how well this comparatively simple, unforced approach works in practice. Every single song on Oh, Inverted World works brilliantly on their own terms, and as parts of a bigger whole. The lively, propulsive drumbeat and odd psychedelic coda of ‘One By One All Day’, the giddy vocal melodies of ‘Know Your Onion!’ and the lazy summer vibes of ‘Weird Divide’ are all moments so joyous and buoyant that you want to punch the air with delight. The entire first half of the album is essentially a collection of graceful, melodic pop with a hazy, alluring glaze on its surface. The baroque beauty of ‘Girl Inform Me’, particularly in James Mercer’s vocal delivery in its intro, and the overlapping harmonies of ‘Girl On The Wing’ catch the ear in this regard in particular.

‘New Slang’ effectively became the poster-child for Oh, Inverted World, certainly after it was licensed for use in a McDonald’s ad the following year. Fueled by the same angst and confusion that drove early R.E.M. songs, ‘New Slang’ balances yearning and bitterness within a hummable, instantly recognisable melody and an ethereal falsetto coda, Mercer bemoaning a lack of love with the poetics lyrics “I’m looking in on the good life I might be doomed never to find”. It’s the song that Natalie Portman’s character says “will change your life” during Garden State. A bit of a overstatement, perhaps, but the success of ‘New Slang’ certainly shaped the way indie songs would go mainstream in the Noughties.

Oh, Inverted World’s second half shows a great deal of variety within the comparatively narrow aesthetic confines The Shins construct for it. The delicate and concise ‘The Celibate Life’ and the spectral, understated production that characterises ‘Your Algebra’ are wonderfully low-key moments that provide sonic diversity. The five-minute closer ‘The Past And Pending’ opens with gorgeous acoustic guitar that gently builds to a climax of soft horns, and signposted the direction that The Shins would eventually reach with later albums like 2007’s Wincing The Night Away and 2012’s Port Of Morrow.

And, just like that, one of the most quietly influential albums of the 21st century ends, after a precise and economical display of songcraft that fits eleven tracks into just over 33 minutes. Emerging from the unlikely environs of Albuquerque, New Mexico, The Shins forged a compound of Americana comprising indie, folk, country and pop that perfectly soundtracked their surroundings – the hot, dusty cities of American flyover states that would continue to throw up dozens of interesting new bands as the decade progressed. Oh, Inverted World’s sound would inform that of countless American and British bands subsequently, ranging from alt-country to indie-pop. But more importantly, it’s quite simply one of the strongest start-to-finish listening experiences that the American independent scene has thrown up in the last twenty years.

Listen to Oh, Inverted World! by The Shins here via Spotify, and tell us what you think below!