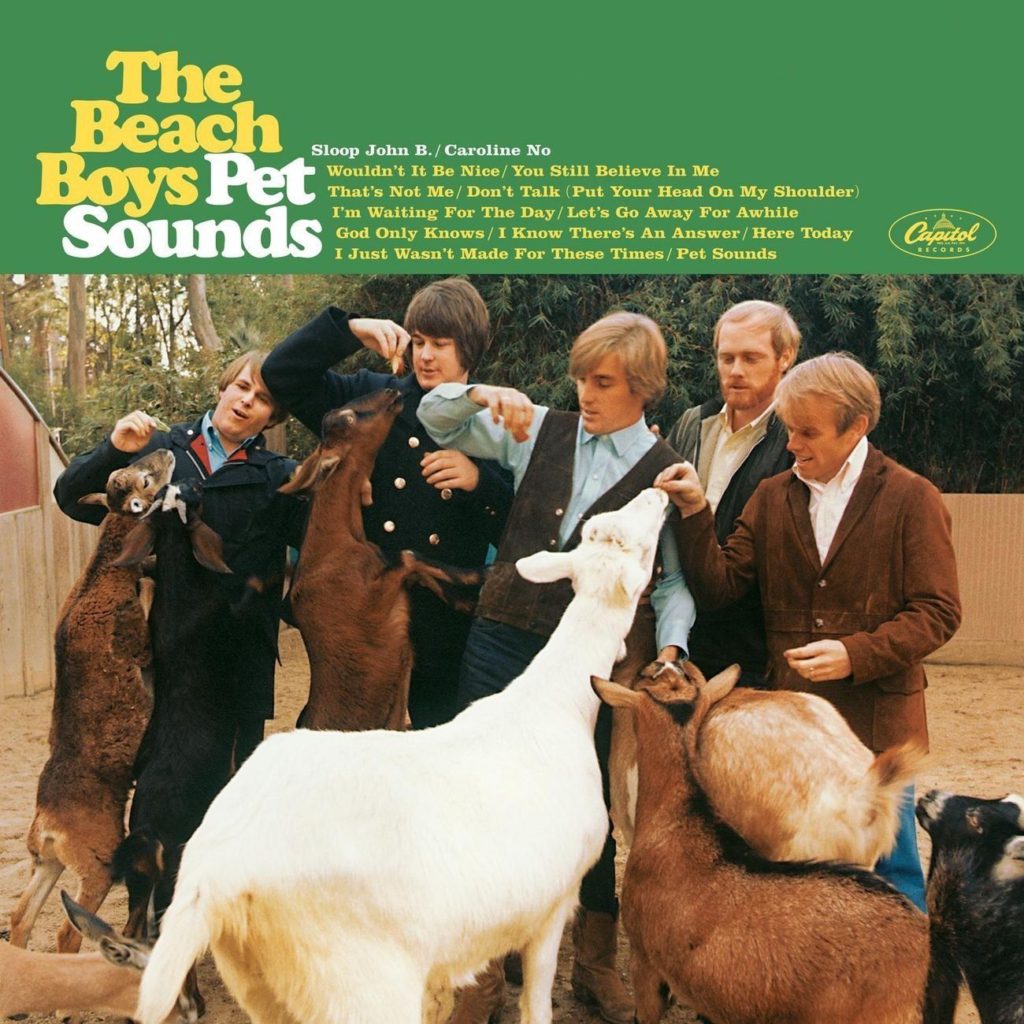 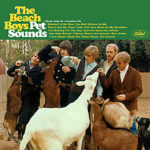 Given the endless summers, sun, surfing and convertibles with which The Beach Boys’ early career is always associated, the manner in which they delivered Pet Sounds, one of the very first undisputed masterpieces in pop, was rather curious and somewhat unexpected. Its release certainly blindsided many at the time, as critics were baffled by this resplendent, carefully orchestrated and not entirely danceable song cycle of love, heartbreak, depression, joy and alienation. At first, it reached a comparatively low #10 in the Billboard charts and was considered something of a failure, mainly as a result of Capitol deciding not to promote it.

Very soon, however, Pet Sounds became revered as an artistic masterstroke, the great leap forwards that propelled the whole genre of pop music itself into art. Ever since, it has been held up as lead singer Brian Wilson’s magnum opus, the defining work of a pop visionary. Looking carefully, there was always something a little more complex underneath the straightforward pop gambits of their early ‘60s output, which had been simmering and heating up underneath the surface of their nine studio LPs in little more than three years to this point. The Beach Boys Today!, released 14 months before in March 1965, had been the best of these, but Pet Sounds was a different beast entirely.

Previously, pop music had been considered throwaway, disposable, something to merely dance to and nothing else. The idea that one was supposed to actually listen to a record had been restricted to jazz and, with the arrival of the New York coffeehouse scene, a small clutch of earnest folk artists. All of that changed with Pet Sounds – for the first time, here was a new, elegant and symphonic take on pop music worthy of critical analysis, interpretation, debate and argument. With a stroke, entertainment became art, and pop music was never the same again.

Written and recorded in the space of two months in early 1966 almost entirely by Brian Wilson, with the help of Tony Asher, an advertising executive who specialised in writing jingles, to all intents and purposes Pet Sounds is Wilson’s first solo album, so minimal was the input from the rest of the Beach Boys outside of backing vocals. Every second was carefully arranged by Wilson and Asher, and almost all of the instruments played by him, including several unusual instruments ranging from harpsichords, specially-constructed string instruments and the Electro-Theremin. Number 1 single ‘Good Vibrations’, a glorious pocket symphony of a song that took a full eight months and several studios to complete, originated in the Pet Sounds sessions but wasn’t released until October 1966. It was that attention to detail and sense of competitiveness that eventually sent Wilson mad in 1967 after he heard The Beatles’ Sgt. Pepper’s, but in 1966 he was on the hottest streak of his career, so far ahead of everybody else in pop it was frightening.

Furthermore, Pet Sounds re-wrote the rulebook of what pop music itself could do, how it could sound and what emotions could be expressed with it. Before it, rock ‘n’ roll and beat music essentially stuck to very narrow topics that centred around boys holding girls’ hands, or asking if they wanted to dance. Now, all of a sudden, here was a man doubting himself on a pop record, sounding pessimistic, alienated and out of place with the times, regretting his past mistakes and warning others. Granted, Lennon & McCartney had pushed the boat out with Rubber Soul the previous year, but nobody in pop music had ever tried anything like this on such a grand scale up until 1966.

Starting with the sunshine-kissed Wall of Sound of optimism and hope that was ‘Wouldn’t It Be Nice’ (“we could be married / and then we’d be happy”), Wilson’s mood ebbs and flows until it deteriorates entirely in the hopeless, lilting apocalypse of ‘Caroline, No’ (“where is the girl I used to know / how could you lose that happy glow?”). In between, all manner of new musical ground is broken as pop became a self-conscious art form for the first time. The brilliant minimal-maximal dynamics of ‘I’m Waiting For The Day’, a mix of jazz chords and doo-wop, predates Pet Sounds by at least two years but slots in neatly with the album. ‘That’s Not Me’ and ‘Here Today’ are both wildly pessimistic and bitter in their outlook, exploring personal difficulties, but their ambitious arrangements, divided into several small sections, are both sonic marvels and way ahead of their time.

‘Sloop John B’, a much more traditional Beach Boys effort based on a traditional Bahamian folk song, is now so famous that it’s virtually impossible to listen to with fresh ears. Many have pointed out that it seems to interrupt the flow of Pet Sounds, but its complexity means that it fits in musically with the rest of the record, if not thematically, and brings the first side to a close. ‘I Know There’s An Answer’ satirises the culture of LSD usage and the hypocrisy of its advocates (“they come on like they’re peaceful / but inside they’re so uptight”) with an odd juxtaposition of instruments. Two excellent instrumentals act as the penultimate tracks on their respective sides – the intricate ‘Let’s Go Away For Awhile’ on Side A and the more exploratory ‘Pet Sounds’ on Side B.

On the quieter, more reflective moments, Wilson deliberately sought a less masculine vocal delivery – check out deeply introspective and spiritual ‘You Still Believe In Me’, the second track that really sets the theme of the album, or the social disaffection of ‘I Just Wasn’t Made For These Times’, whose sad lyrics are thrown into contrast by a radiant melody. The stunning ‘Don’t Talk (Put Your Head On My Shoulder)’, written and performed entirely by Wilson in a high, devotional tenor, seeks to musically render that romantic moment between two lovers where words fail. Minimally built around a fat electric bass that acts as the intimate heartbeat of the song, Wilson has long cited it as one of the times he’s come closest to realising the sounds he heard in his own head.

Sitting at the heart of the record is ‘God Only Knows’, one of the greatest pop songs ever committed to tape and the purest singular distillation of the emotions and themes of Pet Sounds as a whole. Harmonically complex, built on an ascending and descending bassline and ending with perpetual rounds (an ancient technique virtually never used in pop where the song can keep going indefinitely) it’s joyful and heartbreaking at the same time, with Carl Wilson’s fragile voice cracking with the sheer emotional force of the song. Ironically, for something that begins with the lyric “I may not always love you…”, ‘God Only Knows’ is about the most intense devotion imaginable – it’s practically impossible to overstate how beautiful it is.

Journalist Nik Cohn described Pet Sounds as an album of “sad songs about happiness”, and this has always seemed like the best one-sentence summation of the gracious power of this most enchanting and totemic of albums. Indeed, several publications have at one point or another claimed it to be the greatest album ever made, and every single artist (from any genre) that has sought to use the album format to make an artistic statement owes Brian Wilson and Tony Asher a debt of gratitude. Along with Dylan’s Highway 61 Revisited the previous year and The Beatles’ Sgt. Pepper’s Lonely Hearts Club Band the following one, Pet Sounds is one of the most important records of its time, or indeed any other. The development and evolution of pop music simply cannot be explained without it.

Listen to Pet Sounds here via Spotify, and tell us what you think below!