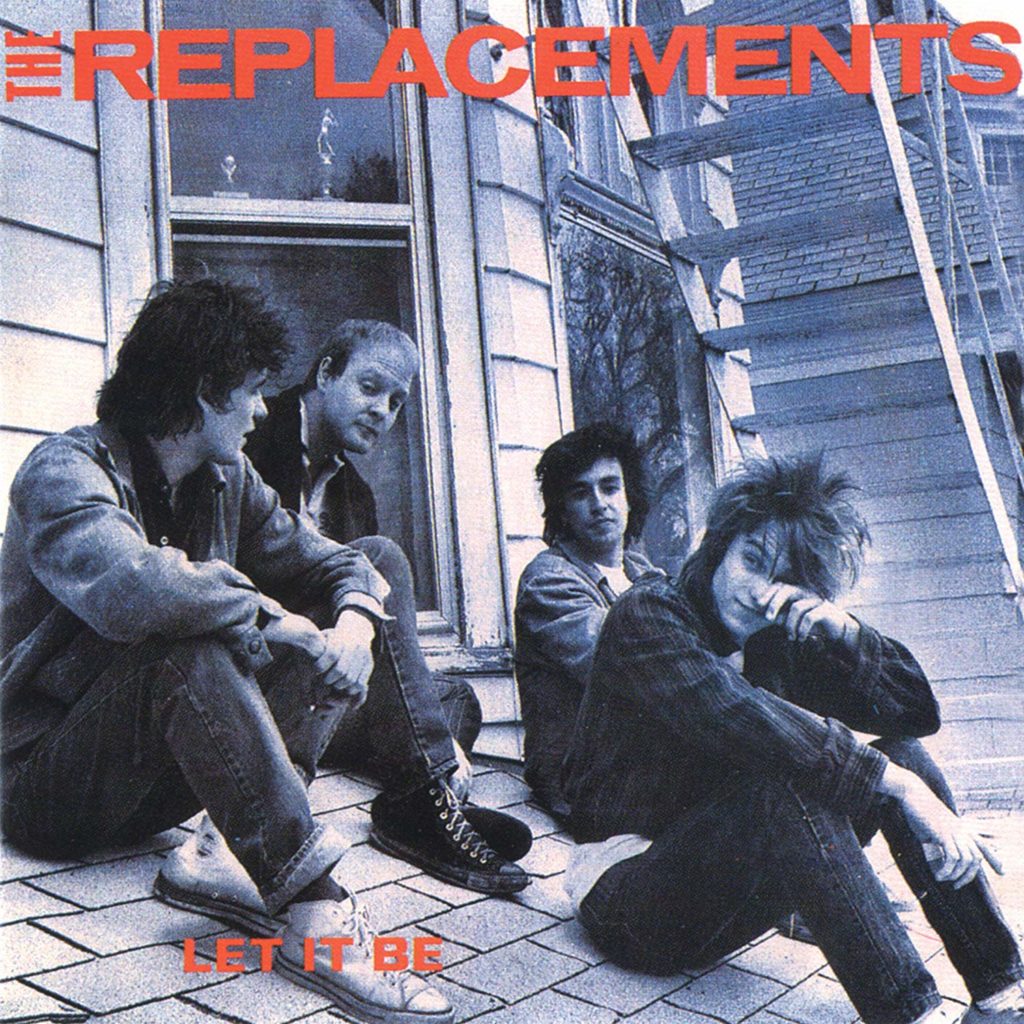 1984 was a year of landmark underground albums in the American indie scene, with seminal records by Hüsker Dü, R.E.M. and Minutemen all released in a 12-month period that galvanised the nation’s underground network and gave it a sense of unifying purpose. No less important was Let It Be, the third album from Minneapolis’ The Replacements. Over the ten-year lifespan of their original incarnation, they would heavily influence the sound of what became known as ‘college rock’ or ‘alternative rock’. But The Replacements were a little different to their aforementioned peers, always coming across as more accessible and less lofty and intellectual than Bob Mould and Michael Stipe could often be. Much of their career can be summed up by the words ‘sloppily brilliant’ – take their drunken, shambolic performance on US chat show ‘Saturday Night Live’ around this time, which got them banned from the show. Yet this kind of thing only reinforced the sense of spontaneous joy that their best records exuded.

The genius of Let It Be is that it all feels improvised, unrehearsed and accidental, like you’re overhearing four dudes simply letting it rip in a demo session – or, in the words of Pitchfork, “in its own way, perfect”. On it, The Replacements came of age, tired of playing loud and fast guitar rock and branching out into country, post-punk and Sixties guitar pop, mixing these newer sounds into their existing template of joyous anarchy. The change is immediately detectable on the belting opener ‘I Will Dare’, whose jangly, two-chord country rhythm is lashed to one of the most distinctive and energised bass hooks ever. It remains a college rock radio favourite to this day.

‘Favorite Thing’ and ‘We’re Comin’ Out’ follow it, harking back to the noise-rock of their origins but with a touch more melody. The likes of ‘Tommy Gets His Tonsils Out’ and ‘Gary’s Got A Boner’ hint at the prank-rock of Blink-182 or early Green Day with their trivial, sniggering titles, but their presence in the tracklisting simply reinforces the point that The ‘Mats were equally at home with lowbrow material as they were at generational statements.

Because, among the more throwaway moments of youthful abandon, there are many human and tender moments where The Replacements make more lasting connections. That is mainly achieved through Paul Westerberg’s versatile lead vocals, capable of wearing, sneering cynicism as well as throat-shredding power, and whose delivery packs the emotional punch. Can there be a more empathetic evocation of teenage ennui and angst than ‘Sixteen Blue’, whose lyrics are a raw and unflinching analysis of isolation, puberty and sexual orientation with Westerberg speaking directly to the listener (“your age is the hardest age / everything drags and drags”).

The same goes for the piano-led ‘Androgynous’, a pocket-sized hymn for counterculture about people being happy despite standing out from the crowd and dealing with the issue of gender in a way that was quite ahead of its time (“now something meets boy and something meets girl / they both look the same / they’re overjoyed in this world”). It was the kind of subject matter that the predominantly macho and surprisingly conservative world of rock music was decades away from addressing and, in many ways, still refuses to do. The acoustic lament for personal and generational discontent of ‘Unsatisfied’ is another rough and ready gem, as is the closer ‘Answering Machine’, a percussion- and bass-free track built out of compressed electric guitars to give it a strange and memorable atmosphere.

The balance between these two predominant moods is what makes Let It Be such a compelling listening experience, and an extremely compact and accessible one at less than 34 minutes long. It was a mature, diverse brand of indie rock that could appeal sonically to mainstream audiences but also, crucially, speak to those on the outside of it. Truly, it’s a record you can take to your heart – no wonder Michael Azerrad made The Replacements one of the subjects of his masterful book on the American indie scene Our Band Could Be Your Life. Along with R.E.M.’s Murmur, Pixies’ Surfer Rosa and X’s Wild Gift – along with The ‘Mats own second masterpiece Tim, released the following year – Let It Be is one of the crowning achievements of the American indie scene.

Listen to Let It Be by The Replacements here via Spotify, and tell us what you think below!