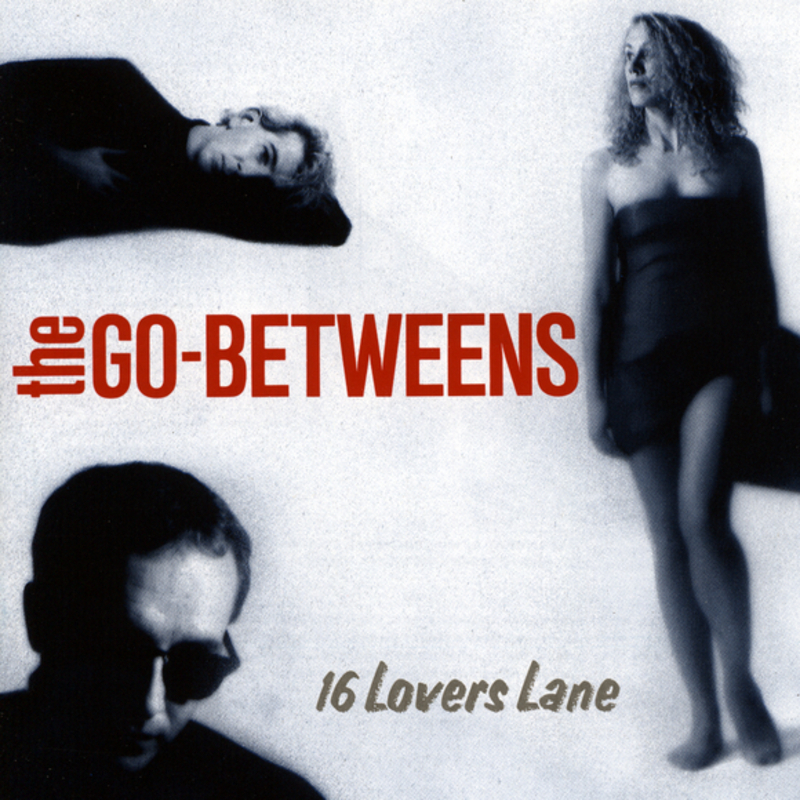 Influenced by: Bob Dylan, The Beatles, The Byrds, The Kinks, The Velvet Underground, Big Star, The Modern Lovers, Fleetwood Mac, Elvis Costello, The Only Ones, Orange Juice, The Smiths

Everyone always goes on about Fleetwood Mac’s Rumours – and rightly so – when it comes to masterpiece albums forged out of internecine band warfare and multiple counts of individual heartbreak. But 16 Lovers Lane, the sixth and final album by the original line-up of cult Australian act The Go-Betweens, is easily its equal, both in terms of quality and how poisonous inter-band relations were when it was made. Taking cues from classic jangle-pop and power-pop that had come before, such as Big Star and The Byrds, and mixing them with the shy, C86-influenced bedsit indie aesthetic of the early ‘80s, The Go-Betweens had already built up an impressive catalogue of work since their inception in 1978 – great singles like 1982’s ‘Cattle And Cane’, and their fifth album Tallulah (1987) had made them a fixture in the underground scene for a long time, with co-songwriters Robert Forster and Grant McLennan making a formidable creative partnership. 16 Lovers Lane, however, would be their crowning achievement as well as their epitaph.

Having been based in London for the vast majority of their career, The Go-Betweens decided to re-locate to Sydney, necessitating a line-up change with original bassist Robert Vickers quitting the group and being replaced by John Willsteed. There was much greater and more significant disquiet within the camp, though, aside from surface-level personnel changes. Robert Forster and drummer Lindy Morrison had split up, with Morrison rapidly falling out of love with the band lifestyle. At the same time, though Forster’s songwriting colleague Grant McLennan was becoming romantically involved with violinist and multi-instrumentalist Amanda Brown. On top of that, Morrison butted heads with English producer Mark Wallis in the studio – perhaps understandably, as Wallis replaced her with a drum machine on half of the album’s ten tracks.

Despite the divisions within the camp on a personal level, in professional terms 16 Lovers Lane was a comparatively efficient and harmonious process. Both Forster and McLennan attributed this to the change of location and being back in their native Australia. “We’d spent five years in London – blackness, darkness, greyness and poverty – and suddenly for some reason we seemed to have more money in Sydney, and we all had places to live and being in a city where after five years we can go to the beach in ten minutes,” McLennan reflected in 1996. Forster agreed, saying it brought on “a burst of energy, a burst of songs”.

The different dynamics affecting Forster and McLennan during the creative process makes 16 Lovers Lane a very schizophrenic album in terms of writing and tone, but surprisingly consistent and coherent its sound and execution – an example of how solid and durable the creative bonds within The Go-Betweens were, despite the emotional upheavals happening in their personal lives. Where previous Go-Betweens records sometimes felt like two solo records meshed together, because of their differing styles, 16 Lovers Lane is a two-headed hydra, with both McLennan and Forster borrowing elements of the other’s style and incorporating it into theirs. Furthermore, the occasionally angular production was now smoothed out with acoustic guitars and string arrangements, making it all primed for mainstream success, to potentially make them actually popular, rather than perennial critics’ favourites.

Therefore, it’s hard to distinguish who exactly has written what, particularly as all ten tracks are credited attributed to the pair of them. McLennan’s songs tend to be more unabashedly romantic, with greater melodicism and a wide-eyed delivery. The spry, furiously strummed opener ‘Love Goes On!’ with its cheery “ba-ba-ba” backing vocals, is a typical example, the energy counterpointed with a resigned, comparatively bleak lyric about the nature of love and relationships, or, more specifically, about waiting for them (“I know a thing about darkness / darkness ain’t my friend”). The passionate ‘Quiet Heart’ sees beautiful interplay between melody and harmony in its arrangement as, creating a gauzy atmosphere with yet more philosophical lyrics on commitment (“It doesn’t matter how far you’ve come / you’ve always got further to go”).

Where McLennan’s writing is raw, Robert Forster’s songs are more poised and painterly, rendered in greater detail. While his bandmate’s songs vibrate with the kind of woozy energy that comes from having fallen in love, Forster’s have a sighing, resigned quality to reflect his recent heartbreak and self-reflection. ‘Love Is A Sign’ is almost baroque in its construction, powered by mandolins and a string orchestra, and he also helms the shatteringly sad closer ‘Dive For Your Memory’. Best of all from Forster’s pen is ‘Clouds’, an absolute heartbreaker whose upbeat, gentle rhythm and brightly-lit guitar tones contrasting with great poignancy with his crestfallen vocals.

The best-known moment of 16 Lovers Lane strikes the listener as a melding of McLennan’s and Forster’s styles. ‘Streets Of Your Town’, receiving heavy radio play in the US and UK and still, somehow, not furnishing The Go-Betweens with an actual hit, is as good an indie-pop song as the the 1980s ever produced. Full of small-town drama, both fascinated and bored with the low-key life of suburbia, McLennan’s downcast, almost muttered observations are beautifully set off against Amanda Brown’s bright, cooing backing vocals.

Other aspects of 16 Lovers Lane do hint at the kind of sound The Go-Betweens specialised in before their move to Australia. The hazy, gentle yet fast-paced ‘You Can’t Say No Forever’ and the introspective, regret-filled ‘Was There Anything I Could Do?’ would have stood out on any previous record of theirs. They don’t on 16 Lovers Lane, but that’s simply because every single track is such an understated gem. Consistently, melancholy is presented in glorious and, ironically, romantic terms – a trick as old as rock’n’roll, but one that continues to inform the best music.

The Go-Betweens split up shortly after the sessions for 16 Lovers Lane, dismayed and disheartened by the almost complete lack of public response to their magnum opus. Forster and McLennan reformed the band with a different line-up more than a decade later, releasing three more albums from 2000 to 2005 before parting ways once more. To this day, they remain one of the most scandalously overlooked bands of their era.

But, even if the royalty cheques don’t roll in for Robert Forster and Grant McLennan in the way they should, their legacy is still tangible. Everybody who’s since dealt in literate, emotional guitar-pop owes a debt to The Go-Betweens. From bands who emerged at the start of the Nineties, like Teenage Fanclub, later going into Belle & Sebastian’s ‘twee’ aesthetic, the chamber-pop of Alex Turner’s side-project The Last Shadow Puppets and the sonorous, ringing guitars that power Real Estate, 16 Lovers Lane continues to be a keystone.

Sensitive, poetic and written with the kind of wide-eyed generosity that doesn’t really exist in a post-sincerity music scene, 16 Lovers Lane is one of the great lost classics of popular music. Forster and McLennan wrote about love in a strikingly original way, and one that no other bands have really done since. Halfway between the giddy headspin of newfound love and the total, crushing dejection of heartbreak, it’s an album for all fans of indie music that deals with affairs of the heart.

Listen to 16 Lovers Lane by The Go-Betweens here via Spotify, and tell us what you think below!