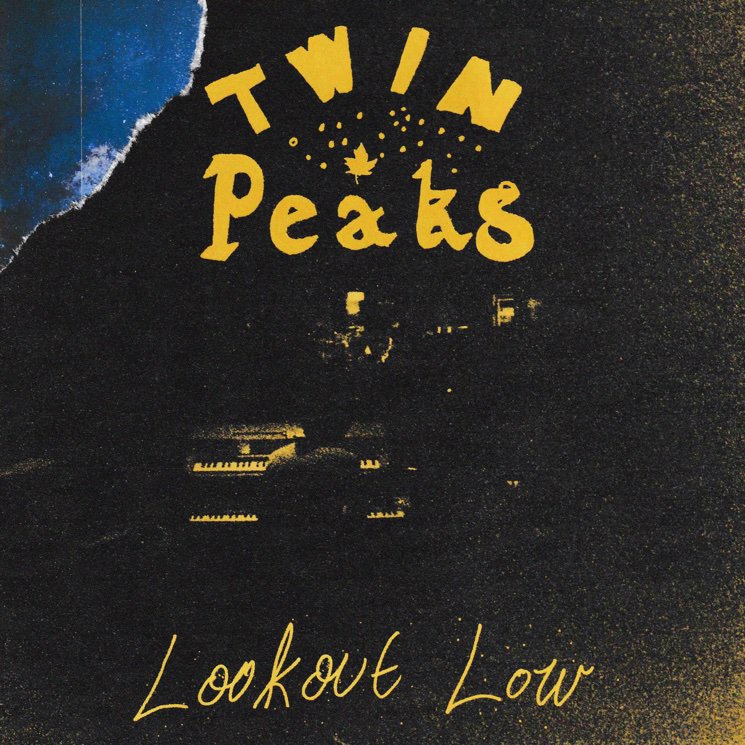 Chicago’s Twin Peaks have sacrificed a bit too much of their unique character in the pursuit of maturity on fourth album ‘Lookout Low’.

Having become famous for their rowdy Chicago homecoming gigs packed out by their dedicated local fanbase who adore their charming, enthusiastic take on punk and indie influences from The Replacements to Parquet Courts, it’s a bit surprising to find that Twin Peaks have made an incredibly grown-up sounding record for their fourth outing, Lookout Low. But this seems to have been part of a conscious effort to change things up after half a decade, something they drew a line under with last year’s Sweet ’17 Singles compilation. Working with an outside producer for the first time, choosing none other than the prestigious Ethan Johns, “we really accepted any and every idea and took ourselves out of any boxes we had ourselves in,” the band told DIY magazine, and that statement pretty much encapsulates what’s both good and bad about the album.

Lookout Low isn’t so much an exploration of the band’s formative, classic rock influences as a total swoon into their arms, and while it’s a lot of fun for the most part, it never threatens to transcend those influences, making for their least satisfactory album yet – or, at least, the least quintessentially Twin Peaks-esque album. These songs are patient, extended workouts instead of blasts of punk, reliant on detail rather than immediacy, from the cool, retro-rock rhythms of opener ‘Casey’s Groove’ to the downbeat closer ‘Sunken II’, a nod to the title of the band’s 2013 mini-album.

The gentle country rock of ‘Laid In Gold’, about a mutual friend moving out of town and getting on with his life, and The Band-indebted southern rock of title track ‘Lookout Low’, with its lyrics about things “a long time on my mind”, give the best impression of where Twin Peaks are at: reflective, and maybe thinking that their youthful sense of abandon needs to be tempered with something else. This was a process that, in truth, had begun with 2016’s Down In Heaven, but which is more pronounced now. Cadien Lake James defines true love as being something even better than weed on ‘Better Than Stoned’, while the rollicking, jaunty acoustic riff that powers along ‘Unfamiliar Sun’ (about seasonal bouts of depression). The takin’-care-of-business, Stones/gospel swagger of ‘Oh Mama’ is also a pleasing highlight.

While this is all well and good, the slower pace begins to drag after a while. Lead single ‘Dance Through It’ sounds like some rather generic Nineties major-label rock despite its languorous, familiar bass hook, while ‘Ferry Song’ is about nothing more inspiring than James’ commute, despite some nice lines like “high times in summer lead to heartache in fall”. By the time it gets to the lighters-aloft anthem of ‘Under A Smile’, with its cliché-ridden lyrics about “won’t you leave a light on”, you feel like you’ve heard quite a lot of this album before, but done better and by other people.

While Lookout Low is lovingly and intelligently observed in mapping out the group’s shared loves of ‘60s and ‘70s rock, it’s not particularly characterful, meaning that it’s missing the element that’s made previous Twin Peaks releases so persuasive and lovable. Whether it’s something that the band needed to get out of their system, or a sign of a more permanent shift – one hates to use descriptors like “going mature” – is yet to be known. (6/10) (Ed Biggs)

Listen to Lookout Low by Twin Peaks here via Spotify, and tell us what you think below!