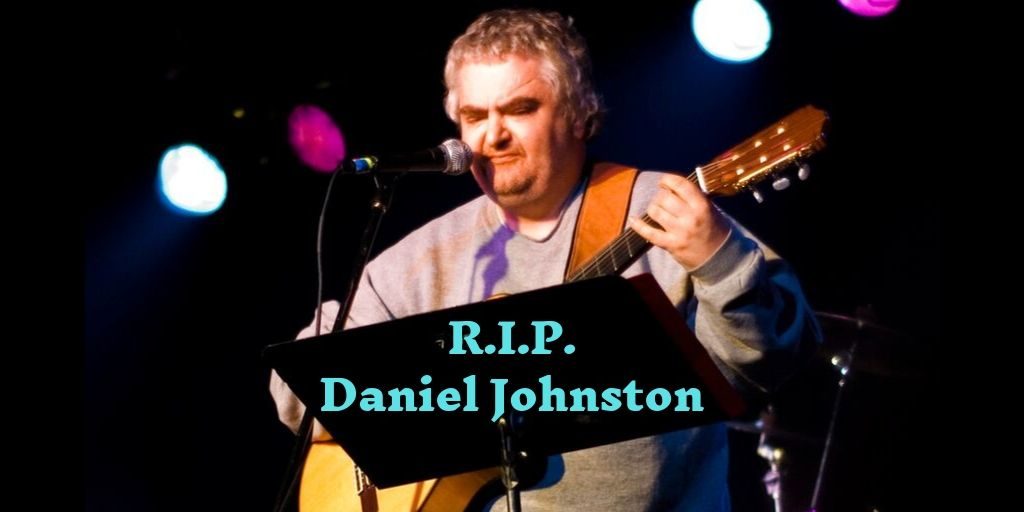 Usually, when summarising the career of an artist in the wake of tragedy, there is a formality to the style, one filled with clichés like ‘underdog’, ‘misfit’ and ‘outsider’ that doesn’t seem apt in the case of Daniel Johnston. His hugely unconventional career was a journey woven in both magic and tragedy, of an artist who often sung of his inability to connect with people who achieved a level of success beyond his wildest imagination. It’s the story of a boy from West Virginia, growing up in a family unit that was at once intellectual and artistic yet passionately Christian and socially conservative, who turned himself from a bedroom producer to a cult icon whose visual (if not musical) style is recognised and admired around the world.

Signs of Johnston’s intrinsic ability for art were present from an early age, becoming known amongst his high-school for his drawings – most of them fixated on the eye – giving early insight into his creativity. Like a duck to water, Johnston took to art, even though it soon brought him in to conflict with his family, who loved him dearly but wanted him to be able to support himself. He was obsessed with his passions, and had to get his art out into the world. He recorded tapes of himself, being himself. He sang imperfectly, he played the guitar imperfectly, he played the piano imperfectly – but it translated perfectly for those who would be receptive. Johnston’s legacy is one which put outsider art on the map and gave exposure to many. It’s a legacy which influenced the mainstream in so many ways, but crucially it gave hope to the every-man, that there’s a chance no matter how small, that their art can connect.

In terms of legacy, Daniel Johnston is the birth of bedroom pop, proof that anyone can make emotionally impactful music without necessarily having the access to equipment and contacts that one associates with “success” in pop. After his move to Austin, Texas, Johnston quickly became a unique part of a community creatives, getting his name into the public domain by any means necessary whilst working at the local McDonald’s. It was during this time Johnston released some of his most iconic tapes, including 1983’s Hi, How Are You? – distributed by Johnston himself by hand, very few of which sound the same as he often had to sing and play the entire album again from memory, not always having access to technology that could repeat the process automatically.

The album was both the quintessential Daniel Johnston record and a lo-fi classic. Popularised after its wider release in 1988, Kurt Cobain was often seen wearing the artwork on his T-shirts. Pearl Jam famously covered the wonderous ‘Walking The Cow’, a track which saw Johnston at his most positive taking on responsibilities with hope. Elsewhere, opening track ‘Poor You’ discusses the theme of not being understood in a way which we can all relate. The record speeds along, with tracks not often reaching the two-minute mark. Lyrically, the record sees Johnston focus on his anxieties in a manner painfully relatable.

Eventually, whether it be by forcing his way onto MTV with a youthful nervousness or by the sheer nature of his prolific releases Johnston got his big break and was able to record and release his first ‘professional album’ in 1990 under Shimmy Disk. It’s an excellent starting point for Johnston newcomers, featuring the first studio-recorded songs Johnston ever recorded and features from Sonic Youth’s Lee Ranaldo and Steve Shelley. However, because of Johnston’s anxieties and pronounced mental health issues, the album was never fully recorded, and would result in a mix of both home-recorded, live and studio-based tracks.

It was these same mental health issues which allowed Daniel Johnston to gain such attention in the first place (such conditions were not that well understood at that point) but which would also hold Johnston back from crossing over from cult icon to mainstream star. At one point, he was able to play to nearly 4,000 people, many of whom had been directed towards him via Cobain’s T-shirt. He was signed to Atlantic in the mid-‘90s (his one release with the label, Fun, was a commercial failure and saw Johnston release nothing for seven years), at a time he simply wasn’t ready for, and it was in this time that Johnston was frequently hospitalised due to manic episodes – most famously an incident which saw his father having to crash-land a plane as Johnston lost control of himself.

In spite of all this, Johnston’s legacy was able to thrive. Upon his return to the industry in the early-‘00s, he was welcomed back as a hero. 2004’s The Late Great Daniel Johnston: Discovered Uncovered saw the likes of Tom Waits, Sparklehorse, Beck, The Flaming Lips, Mercury Rev, Death Cab For Cutie, TV On The Radio and many more cover the iconic work of Johnston, with Johnston’s original versions compiled on the B-side. Following his passing on September 11th, 2019, tributes flooded in from every corner of the independent music world, acknowledging the incredibly powerful and unique impact that Johnson’s music had had. Pavement guitarist Bob Nastanovich probably summed it up best: “To me, Daniel Johnston’s music was either very heavy or very light. There wasn’t a whole lot of in between. His songs either made me laugh or they made me cry. He was brilliant.”

Daniel Johnston was a special artist. Speaking personally, during my time at university, I had a lecturer tell me that his music was nonsense and deserved no appraisal. Equally, I had lecturers tell me tales of Johnston walking through the crowd to begin his gigs – the entire crowd cheering him as if they were in the presence of a demigod, such was his unassuming genius. Those who got Daniel Johnston truly did get him. If you look through any number of his videos online, you’ll see heartfelt tales from all over the internet about how he had touched them personally and inspired them creatively or emotionally, both in terms of his music and his visual art, which go hand-in-hand. Much of his work centred around repeating themes – keeping hope alive (most obviously manifested in ‘True Love Will Find You In The End’ or ‘Life In Vain’) good versus evil (‘Space Ducks Theme Song’) – that were rendered in such a stripped-back and vulnerable way that anybody could empathise, regardless of the lack of polish in those recordings. The brilliant 2005 documentary film The Devil and Daniel Johnston, directed by Jeff Feuerzeig, is a great entry point to his artistry.

Daniel Johnston’s legacy is one which will last for many more generations, even if nobody realises. He was the first bedroom producer, forcing his way through doors with his utterly simple yet completely disarming lyrical masterpieces and understated musical ability. I don’t know how to end this tribute/monologue, I don’t have the words. Thankfully, the man himself already provided the soundtrack to his goodbye; his fantastical yet heartfelt lyrics about loss which he had to get out because he is a true artist. “I’d like to say goodbye / You can’t really say good-bye to those kinds of things / You carry them with you wherever you go / Likes ducks in the snow that quack as they go”.

If you’d like to discover more, please check out our introduction to Daniel Johnston playlist over at Spotify.