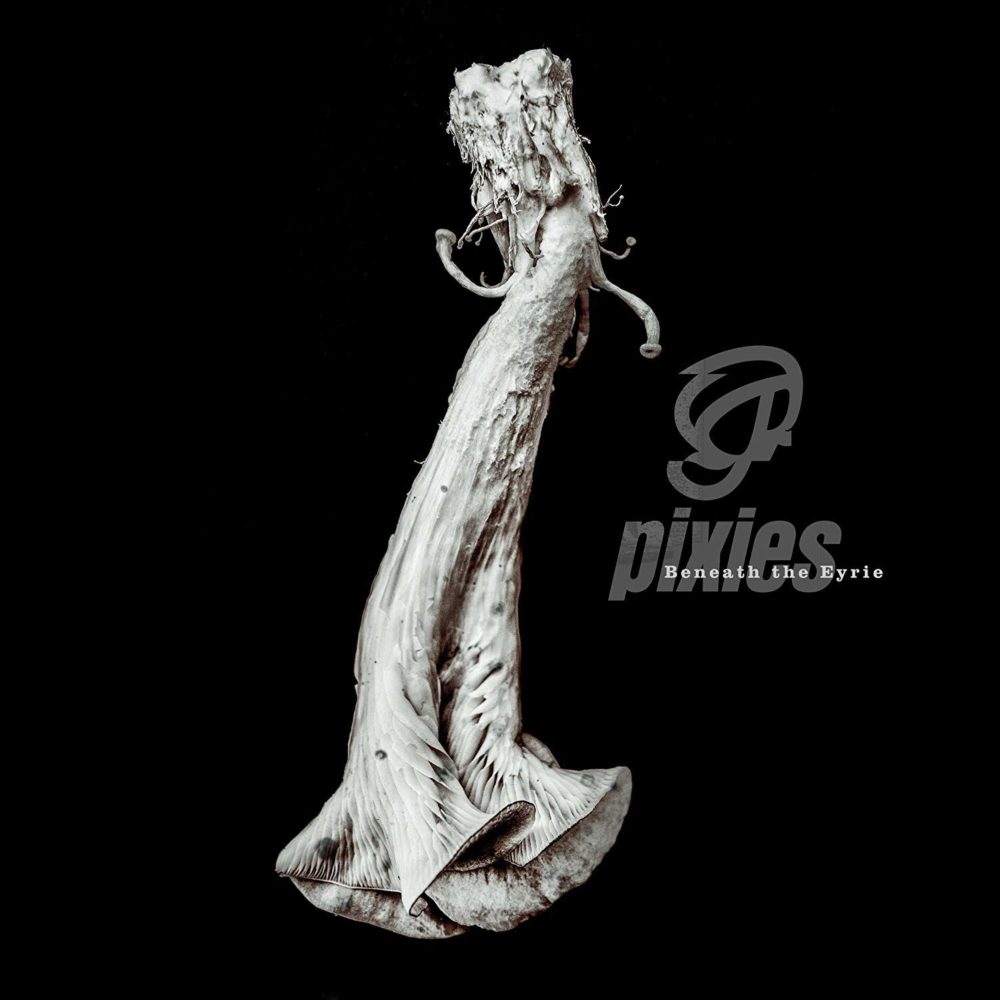 ‘Beneath The Eyrie’ is the sound of Pixies spoiling their own legacy, with a collection of largely pedestrian and uniformly mid-paced tracks.

Having spent a decade doing reunion tours to varying degrees of acclaim, the departure of original bassist Kim Deal and the release of the criminally poor Indie Cindy had at one point risked trashing the Pixies legacy altogether. Steadily, however, the band has gone some way to shoring up their reputation. New bassist Paz Lenchantin now sounds fully integrated, and 2016’s serviceable Head Carrier salvaged a modicum of the group’s old magic in places – although you had to wonder how the bar had gotten so low for a band as beloved and influential as Pixies. Three years later, Beneath The Eyrie attempts to continue that steady course correction. Recorded in a disused church underneath an eagle’s nest (giving the album its name) and with its recurrent themes inspired by witchcraft or the supernatural, everything would seem to be in place for Pixies to properly rediscover their spark. Alas, no.

Right from the opening track, the cliché-ridden ‘In The Arms Of Mrs. Mark Of Cain’, a track that addresses Frank Black’s recent divorce, Pixies seem to be stuck in a workmanlike malaise that’s completely at odds with the characteristics that define their legacy. Indeed, it’s quite to be thinking of listless, mediocre plodders like ‘Los Surfers Muertos’ and the strange, QOTSA-esque stagger of ‘This Is My Fate’ sitting alongside glinting classics like ‘Gigantic’ and ‘Debaser’ in Pixies setlists on this current tour. By the time that the underthought ‘Bird Of Prey’ comes around, which, despite its intriguing lyrics about “I’ll set my broken bone / With a twist and a crack”, ought to have been left on an editing-room floor, patience and interest has largely dissipated.

It’s not all bad, though, meaning that Beneath The Eyrie does at least vault the lowest hurdle of requirements of being better than Indie Cindy. The pantomimic goth of ‘Silver Bullet’, arguably Pixies’ first werewolf anthem, sees the group given the opportunity to have fun and bust themselves out of the mid-paced slump that curses most of the album. The fact that it’s a left-over scrap from Head Carrier, however, tells its own story. The surf-rock of ‘Long Rider’ will trigger some memories in long-term fans of the tail-end of the band’s original incarnation, while the grunge-folk tale of ‘Catfish Kate’ and the addictive hook of lead single ‘On Graveyard Hill’ are other highlights. The enjoyable ‘St. Nazaire’ only shows what Beneath The Eyrie could have been.

The essential problem with Beneath The Eyrie is that its creators have yet definitively settled the question of what exactly a new Pixies album should sound like in the modern day, or, indeed, why one even ought to exist. There’s absolutely none of the sense of barely contained chaos that made their original output so outrageously essential – instead, these songs tend to calmly power up, attain a low safe-cruising altitude, circle around a bit before landing without incident. As with their other reunion albums, there’s the inescapable feeling that Pixies now sound like another band trying to sound like Pixies. The masters, it seems, have become the apprentices. (5/10) (Ed Biggs)

Listen to Beneath The Eyrie by Pixies here via Spotify, and tell us what you think below!