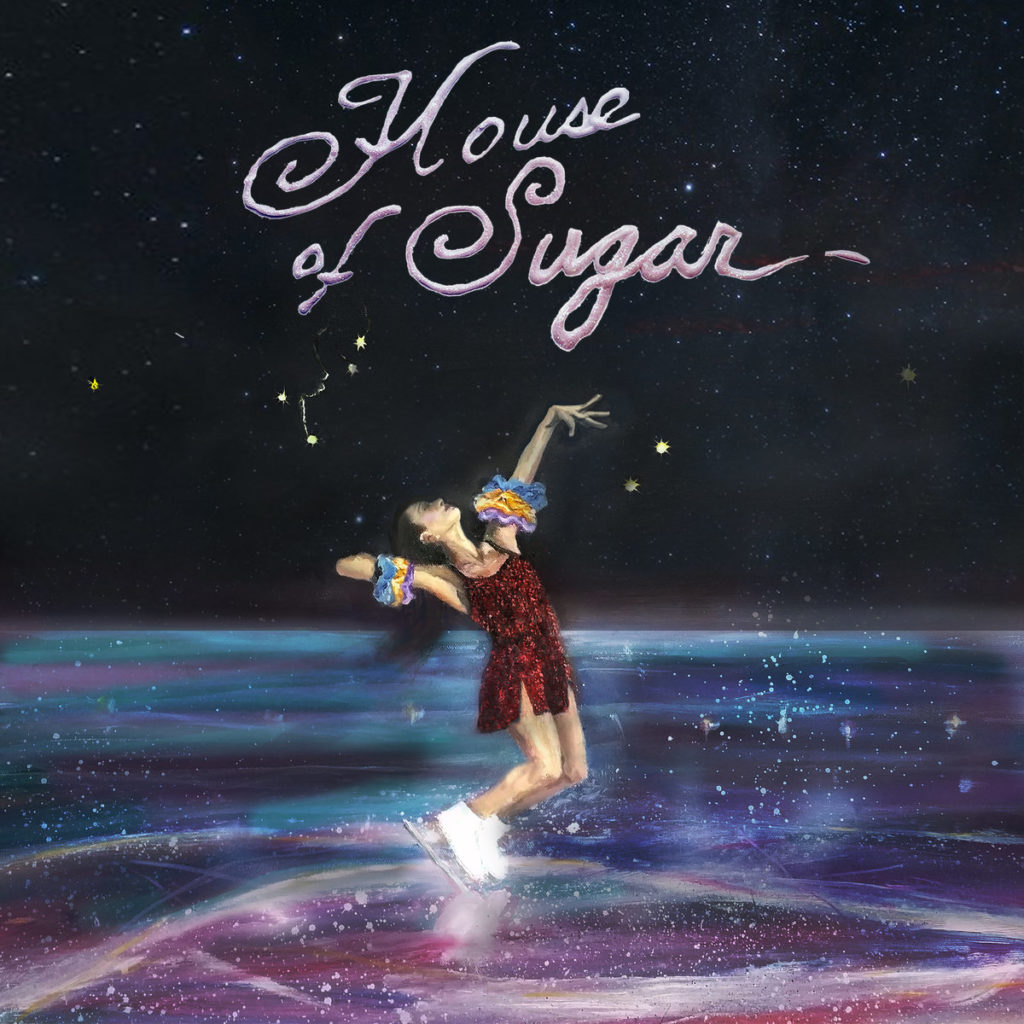 Weaving something unmistakably fantastical into his bedroom pop aesthetic, Alex Giannascoli ascends to a new level on his latest (Sandy) Alex G album ‘House Of Sugar’.

While the music of (Sandy) Alex G always possessed a special kind of vibe (the one that made you wonder if you’re paying enough attention to understand his songs completely), the idiosyncratic and often unconventional stylistic choices have also made him one of the most intriguing faces in modern indie. Two years after releasing his well-received album Rocket, his first for prestigious indie imprint Domino, Alex Giannascoli proves that his previous success has never been a matter of good fortune, but rather a reflection of his keen sense for writing remarkably captivating music. Giannascoli’s new record House Of Sugar could really be described just by that one word – captivating.

Making the best out of the album’s mostly short tracks and eager storytelling, Giannascoli’s stays true to his liking of uncanny arrangements and startling harmonies, as well as the irresistible melodic lines which illuminate each word that he sings. And what Giannascoli sings about is not always obvious, but at the same time it speaks to the listener on a very intimate frequency, such as on ‘Hope’, a song about a friend’s death, where he confesses in a poignant way: “Got a hole in my chest, I can’t take it anymore, Put my pillow to the test, Let me rest”.

Simultaneously, the Philly-based musician can be equally vague and enigmatic, offering only a glimpse of what once could be a full story. ‘Southern Sky’, one of the best songs on the album, and another collaboration with Emily Yacina, is as ambiguous as it comes: “I can’t pick and choose these devils in my patterned dreams, When I wake up I am smiling […] It’s okay we don’t cry, we love the southern sky”, yet it gives plenty of reasons to come back to it and try to unravel the narrative’s ending.

Followed by elusive and enchanting ‘Taking’ and an even more cryptic, led by a theatrical piano performance ‘Sugar’, the album doesn’t stop to surprise, not only on a lyrical level, but also by never settling for any particular set of textures or sonic colouring – once choosing to devote more time for folk influenced acoustic guitar, while other times committing to electronic arrangements. This way, by the end of House Of Sugar, it’s clear that Alex Giannascoli recorded an album which is both real and fantastic, something that only an exceptional songwriter like him could achieve. (8/10)

Listen to House Of Sugar by (Sandy) Alex G here via Spotify, and tell us what you think below!