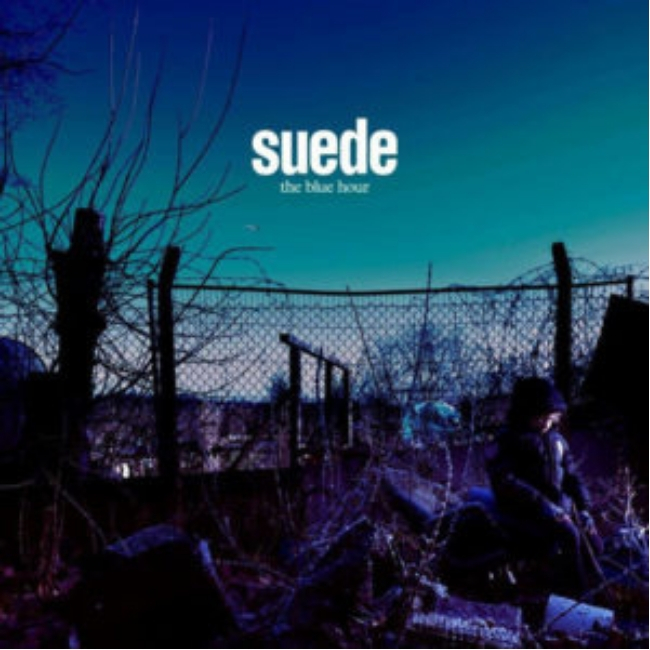 Still bent on creativity and pushing their limits years after their Britpop contemporaries became lazy and fat, Suede have delivered one of their finest albums with ‘The Blue Hour’.

There are few practitioners in the field of grandiose rock statements as experienced and consistent as Suede. In an age where guitar groups are being forced to cut its cloth according to budgetary constraints, there’s little room for the old-fashioned expansive masterpiece. In short, Suede represent a vanishing breed in the context of 2018. Judging by the healthy critical notices and chart positions for 2013’s Bloodsports and 2016’s Night Thoughts, however, there’s clearly a place in the world for them. While their erstwhile Britpop cohorts are either defunct or lazily peddling the hits, Suede are still taking the job seriously.

The Blue Hour, the third record in the band’s sequence of comeback albums since their reformation at the start of the decade, plays like an update of their dystopian classic Dog Man Star for austerity-ravaged, left-behind Britain. Where Night Thoughts was a gritty kitchen-sink drama, accompanied by an album-length feature film to accompany the music, its successor casts its net even wider for inspiration. The city and suburbia have always been their muse, but here Brett Anderson and his cohorts use their decadent romanticism to explore even further down those avenues – this time, the setting is the abandoned factories and litter-strewn wastelands on the outside of town, where the economy has disappeared from the ground.

Pretty weighty stuff, but then again, Suede have never done things in half measures, something that eventually began to become their downfall by the end of their original incarnation with 1999’s overly ostentatious Head Music and 2002’s feeble A New Morning. But since their reformation, the band seem to have gotten a proper handle on that tendency and can now marshal it and exercise it at will. Brett Anderson has stated, in recent interviews, that Suede “need to be unpleasant”, but has also said that he’s been writing this record about the world as seen through his son’s eyes.

The tracklisting looks like a word cloud of signifiers for Suede themes of years gone by – ‘Wastelands’; ‘Beyond The Outskirts’; ‘The Invisibles’. The setting is that strange, unsettling dusk between day and night, when the sun’s rays still illuminate the horizon on a clear day but the sky above is dark. Death, decay and disuse are recurrent themes, stated in the occasional spoken-word interludes – variously of a family searching with sniffer dogs screaming the name of their lost son, a death’s head voice intoning a solemn warning of the future, and a man and child burying a dead bird. The precise narrative of The Blue Hour is never properly revealed (maybe because it isn’t there) but what is apparent is the mood – dark, unsettling, yet swirling and romantic.

Excellent single ‘Life Is Golden’, whose video captures the abandoned post-apocalyptic town of Pripyat after the Chernobyl disaster and which soars in the same way that ‘The Wild Ones’ did, is a perfect example of where Suede are at in 2018. Having turned to producer Alan Moulder to collaborate with, rather than their mainstay creative foil Ed Buller, they’ve managed to expand their canvas even further, mixing gothic grandeur and poetry with a brutal absence of sentimentality. The Blue Hour is an update of Dog Man Star for austerity ravaged, Brexit-threatened Britain, and its left-behind towns, hollowed-out cities and untamed countrysides.

‘Wastelands’, coming after a quite brilliant opening salvo in ‘As One’, plunges the listener straight into Anderson’s vision. Here, the figurative wastelands are a place in which to seek refuge, “when the world is much too much”, a retreat into childhood despite the terrors that occasionally accompany the comfort. It’s truly an outstanding moment, both thoroughly modern and totally timeless, and the trick is repeated in the chunky ‘Cold Hands’ and the enervating ‘Tides’, both of which avoid the pitfalls of rock bluster. Richard Oakes, over the last couple of Suede records, has rediscovered his fondness for all-out rock riffing.

When Suede aren’t dealing in howling indie storms and backs-to-the-wall outsider anthems, like ‘Don’t Be Afraid If Nobody Loves You’ and ‘Beyond The Outskirts’, the kind of thing they’ve been experts at since ‘Trash’ back in 1996, they dial back the guitar histrionics and let the orchestral elements do more of the talking. This is none more evident than the closing knockout combo of string-laden showstoppers. First single ‘The Invisibles’ is laden with outsider drama and glamour, while the stupendous final track ‘Flytipping’ begins with Richard Oakes’ wiry guitar chiming before being launched into the stratosphere, fuelled on billowing electrified guitars, stadium-sized drum fills and an orchestral torrent.

Suede even stretch into comparatively experimental territory: ‘Mistress’ is a spectral psychodrama of sex and guilt in the vein of Dog Man Star’s centrepiece epic ‘The Asphalt World’; the synths heralding the eerie ‘Chalk Circles’ orbit like vultures amid massed chanting; the menace of interlude ‘Roadkill’ and the thunderous overture ‘As One’ both give The Blue Hour a sense of structure and order that even Night Thoughts only hinted at.

It’s hard to properly digest the impact of The Blue Hour, even after a number of listens, such is the musical treasure on display. It’s certainly a hugely impressive achievement from a band which, even 25 years into its existence, is still clearly intent on stretching itself in artistic terms, finding new ways to surprise while remaining within a firmly established aesthetic. However, it’s difficult to imagine how much further Suede can expand along these lines without becoming overblown and patently ridiculous. Indeed, on many occasions The Blue Hour feels like a high-wire act as the mixture of high-concept and melodrama threatens to overbalance the music, although it never actually does. For now, the second coming of Suede continues with a third consecutive triumph. Enjoy it while it lasts. (8/10) (Ed Biggs)

Listen to The Blue Hour by Suede here via Spotify, and tell us what you think below!