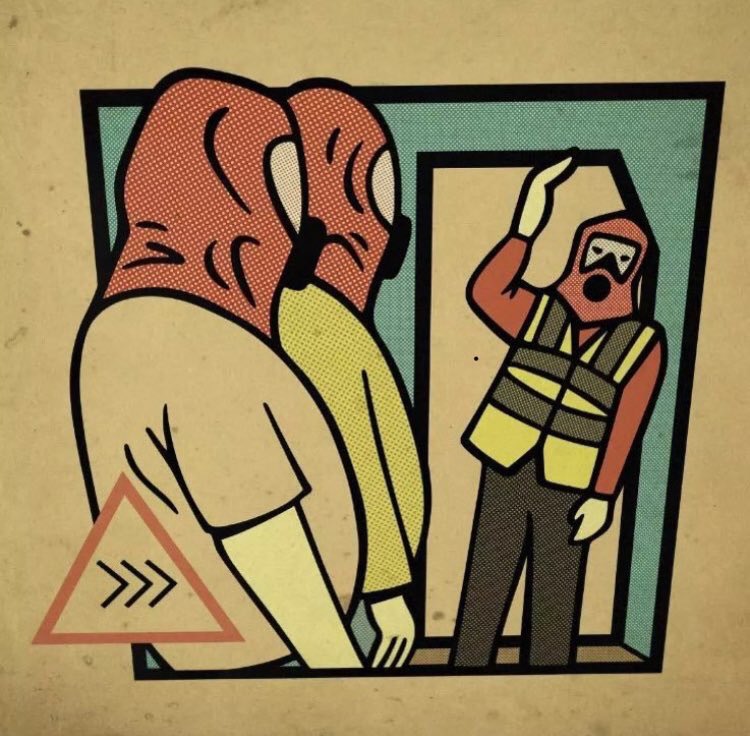 As is so often the case for side projects, Geoff Barrow’s Beak> have often been too experimental for their own good. 2009’s self-titled debut album was filled with fun, but often lacked in the depth which would have made one want to listen further. Meanwhile, 2012’s >> may have resembled the trio’s first tentative steps towards accessibility while maintaining a profound influence from Tago Mago and Faust IV, but it still represented a gloomy and, at times, tough listen as tracks meandered to a fault. Third album >>> (who would have guessed???) is another tentative step in the same direction; the sound is more polished, allowing for Barrow’s succinct hooks to come to the forefront, and the result is the best Beak> album yet, but one that still comes with the odd flaw.

Opening track ‘The Brazilian’ features piercing electronics running through an excellent core of prog-rock styled guitars, as the instrumental track engulfs you in its cold textures. It’s a fantastic opener and one which leaves the listener under no illusions about what is to come, for >>> is at its best when it is at its most frantic. The seven minutes of ‘Allé Sauvage’ is mesmerising – never settling on one idea, the circular guitar work from Billy Fuller and Will Young (not that one…) provides a brilliant backdrop for the analogue synths to slowly build towards a climax unlike anything the group’s various members have managed in their storied careers.

Elsewhere, the record sees Beak> take on a much more prominent psychedelic sound. ‘Birthday Suit’ is a slower effort, but the minimalist guitar work weaves its way into your head, delighting in its warm and fuzzy sound – it’s an unlikely earworm but one which emphasises the groups continuing knack for finding that sweet spot between the avant-garde and pop.

However, for all the added accessibility, there still remains a wonderful element of experimentalism. ‘Abbots Leigh’ immediately invites one into the world of Beak> as the track incorporates elements of drone in the instrumental before an impending sense of doom takes over in the percussion. It’s screeching, sumptuous brilliance serves as a key moment to the record as the track spellbinds in its six-minutes. There’s still blatant referencing to the harder side of krautrock, as ‘RSI’ borrows too much from Can without bringing anything new to the table. Failing to land in its hook, the track never gets out of first gear as one’s mind begins to wander for the first time on the record.

>>> closes with perhaps the best pop song the trio have ever penned; ‘When We Fall’ is the sound of summer coming to an end. The melancholy vocal of Barrow is ably supported by Young’s shimmering yet simple guitar work, whilst the backing bass of Fuller holds the track together as strings usher in the end of this chapter of the Beak> project.

What started as a Geoff Barrow side-project may now be the real deal, particularly in the absence of anything forthcoming from Portishead. >>> is an album which remains true to the Beak> sound, all the while adding a poppier sound which should attract the masses. “You don’t like our music ‘cause it ain’t up on the radio” Barrow calls during ‘Brean Down’…  well, we do like it, and it really should be. (7/10) (John Tindale)

Listen to >>> by Beak> here via Spotify, and tell us what you think below!