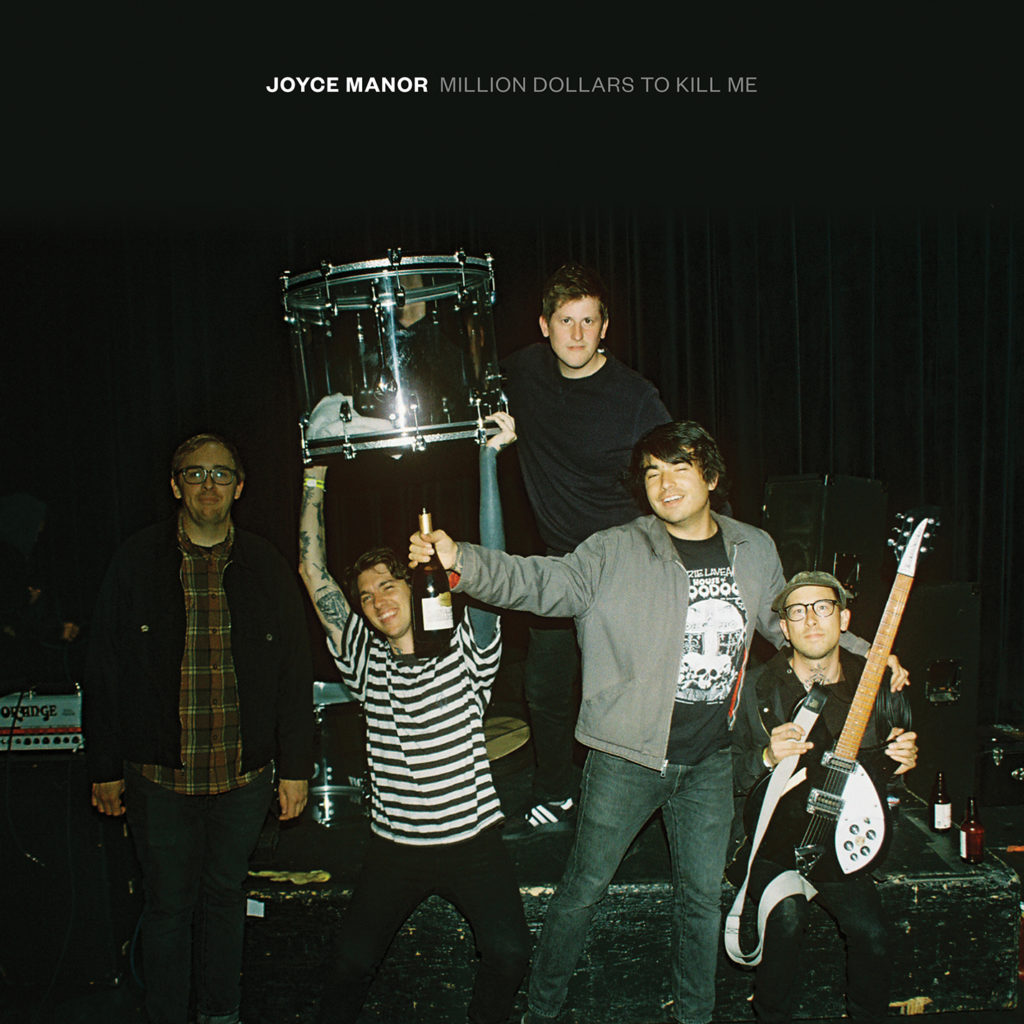 Joyce Manor continue to tack away from their older punk mannerisms and towards an enmeshment of ‘90s alternative rock, Britpop and shoegaze on ‘Million Dollars To Kill Me’.

Infused with yet more teenage angst, insecurity and self-doubt, American indie punk outfit Joyce Manor return with their fifth album Million Dollars To Kill Me. Their previous record Cody, produced by Rob Schnapf in 2016, triumphed with its sense of maturity that unfolded through the acoustic track ‘Do You Really Want To Not Get Better?’ and the four minute ‘Stairs’, proving that Joyce Manor can compose beautiful songs exceeding three minutes and deliver lavish guitar melodies.

Releasing Million Dollars To Kill Me, once again through Epitaph Records, Joyce Manor have had the privilege of working with metal-core guitarist and producer Kurt Ballou of the esteemed and highly influential group Converge. This seems like a very odd state of affairs: a metal guitarist producing a much softer, indie-rock album. But it matters not as the production is fulfilling of Joyce Manor’s continual diversion away from their older punk mannerisms and embracing an enmeshment of ‘90s alternative rock, Britpop and shoegaze.

‘Big Lie’ and the title track expose frontman Barry Johnson’s funny, tongue-in-cheek lyrics like “You are nothing, nothing without her / You’re an asshole from a bar” and “Girls can be kinda controlling / I wanna be controlled, I think it’d be alright”. Much like Cody, these lyrics focus on the post-teen struggles with life, mainly around love and money it would seem, on this new release. Johnson’s passionate vocals continue to complement and uphold Chase Knobbe’s guitar chord progressions, demonstrated perfectly on ‘Think I’m Still In Love With You’, inspired variously by the likes of Weezer, Feeder and Oasis.

However, the listener is left a tad disappointed by the acoustic track ‘I’m Not The One’ does have a catchy melody but lacks the emotional investment that made ‘Do You Really Want To Not Get Better?’ from Cody a delightful experience. But thankfully, towards the bottom end of the tracklisting, the closer ‘Wildflowers’ sees Joyce Manor experimenting with supple and loose-limbed guitar melodies effectively, contrasting the abrasiveness of ‘Up The Punx’ and the Oasis-esque wholesomeness of ‘Gone Tomorrow’.

Listen to Million Dollars To Kill Me by Joyce Manor here via Spotify, and tell us what you think below!