REVIEW: Villagers – ‘The Art Of Pretending To Swim’ (Domino) 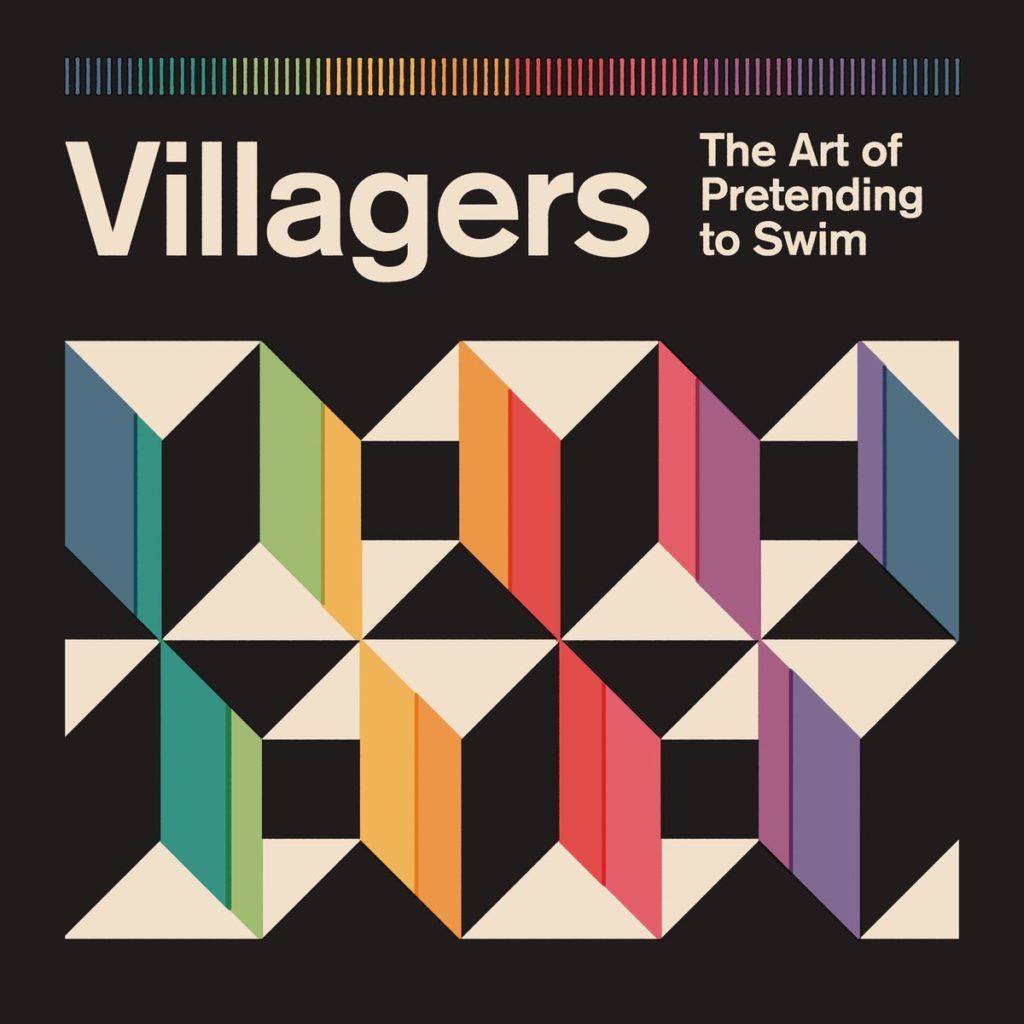 Conor O’Brien oversees another gentle expansion of the sonic terms of Villagers with the project’s beguiling fifth album ‘The Art Of Pretending To Swim’.

Conor O’Brien and his project Villagers have always walked a very niche, fine line between typical, minimal arrangement (surely, equals authenticity), sad lanky-man folk affair and something more along the lines of indie stadium folk-band grandeur. It’s the skirting of this line of perceivable authenticity and musically intricate arrangements, with the addition of O’Brien’s just-eerie-enough texts and vocal timbre, as well as the dustings of electronica that he places with a skilful sleight of hand, that takes the listener by surprise without seeming forced or destroying the wistful mood. It’s certainly kept the band’s core fanbase coming back, and has earned Villagers two Mercury nominations.

The Art Of Pretending To Swim stays true to this formula, ever so slightly pushing the musical range to encompass the occasionally more obvious electronic gestures and more ambitious orchestral arrangements. ‘Long Time Waiting’, a subtly bitter call-out track, lyrically like something Keaton Henson might write in his peak angst moments, contains not only a syncopated piano part and a full brass section but also some proper buzzing synthesizers, that bridge the gap between the Villagers you might’ve heard on their intimate, stripped-back previous record Darling Arithmetic, and the band that released the absolute tune that was ‘Occupy Your Mind’ in solidarity with the people affected by Russia’s anti-gay laws during the 2014 Winter Olympics.

There are more moments of O’Brien clearly stretching his arrangement muscles on The Art Of Pretending To Swim. ‘Love Came With All That It Brings’ is built around a sample of an old gospel song performed by The Dixie Hummingbirds called ‘What Then?’, originally by Mahalia Jackson. Add a repeating piano chord and some lo-fi vocals on top, and the song is just a few psychedelic guitar twinges away from an Ariel Pink tune.

The lyrical themes circle, vaguely, around faith, uncertainty, and authenticity in the modern age. The writing is more first person, and more in line with Villagers’ recent releases like Darling Arithmetic, than their storytelling and metaphor-veiled debut Becoming A Jackal. Fans of the project can rejoice in the knowledge that O’Brien’s penchant for song-writing just intricate and weird enough to be interesting, but not quite out there or unfamiliar enough to reject relatability is still there.

With The Art Of Pretending To Swim, O’Brien once again continues to build an extremely competent body of work. It hits that perfect follow-up note of new material that differentiates itself from everything before, but is tinged in comfortable familiarity to anyone who’s put on and enjoyed a Villagers record before. (7/10) (Ellie Wolf)

Listen to The Art Of Pretending To Swim by Villagers here via Spotify, and tell us what you think below!