REVIEW: Christine And The Queens – ‘Chris’ (Because) 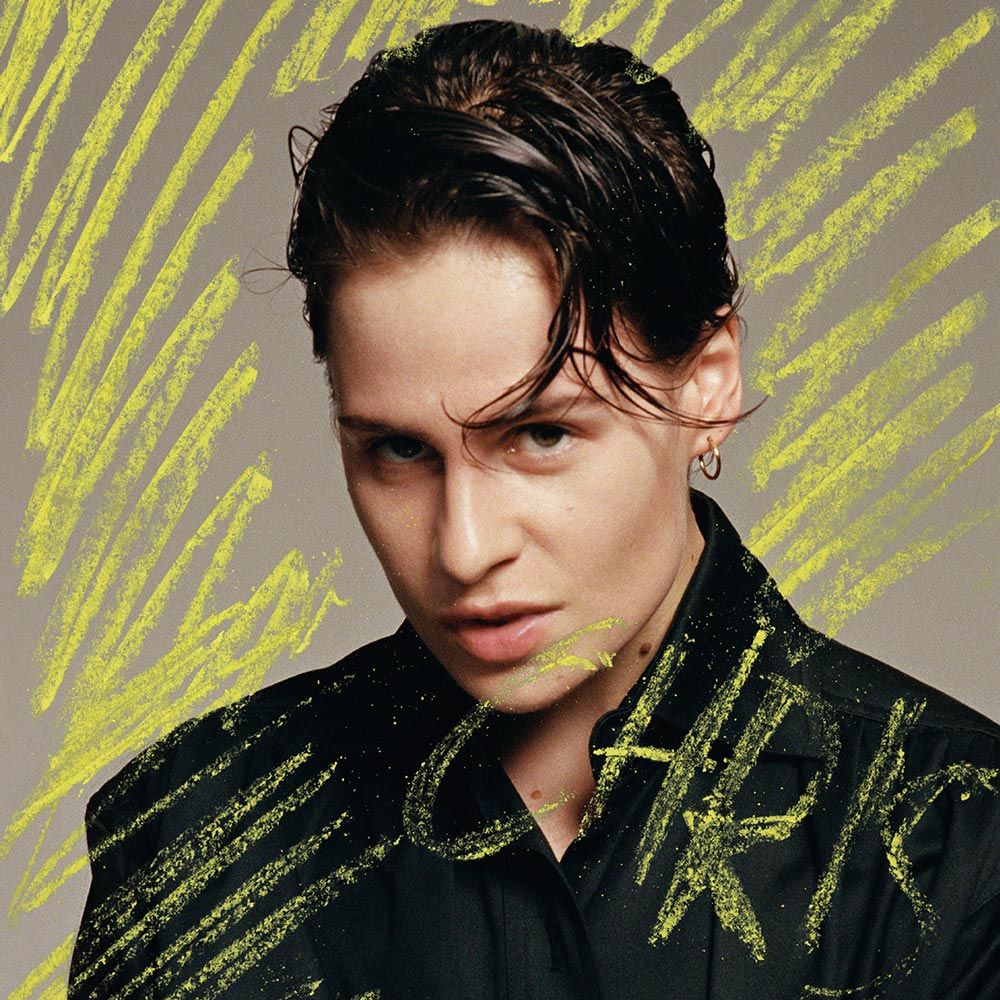 A bold and aggressive expansion upon all the elements that made ‘Chaleur Humaine’ such a slow-burning success, ‘Chris’ is another winner.

After a creativity awakening encounter with London’s drag queens of Madame Jojo, then Héloïse Letissier, a French theatre-junkie, turned into Christine And The Queens – an international pop sensation that toyed around with gender expectations and androgyny while producing her own sleek and catchy pop songs. Her first record, 2014’s Chaleur Humaine, eventually propelled Letissier onto international tours and worldwide recognition upon re-issue, spreading her infectious beats and stellar dance moves as well as ideas about pansexuality, intriguing the media unapologetically and living her truth. Four years later, she’s back with Chris – a two-volume album in French and English about female lust, sensuality and feeling like you never quite belong. The bass lines are heavier, smoother and bouncier all at the same time, and Chris sounds more demanding and assertive than ever without losing its feminine/masculine play.

From an almost genderless, abstract performer wearing suave suits and sporting shoulder-length waves, Chris has now morphed into somebody slightly macho and tenderly feminine at the same time. In the music video of ‘Girlfriend’ she’s seen, as always, adorning the song with a carefully crafted dance, yet this time, the ‘gender information’ of Christine And The Queens is no longer masked. Her taunt, muscular body moves with precision and power while the outline of her chest is no longer hidden by a structured jacket. ‘Chris’ is a new persona, a new identity for both the new album and her personal life – something that Héloïse seems to take honest comfort in. Taking delight in this new, complex way of existing as both and one at the same time – feminine and masculine, one impossible without the other, also comes with a certain pain that’s narrated throughout Chris. The lust, or as Chris puts herself, “aggressively brutal horniness”, subtleties of romantic relationships when lines of traditional roles are blurred, a constant wound of feeling like a “what’s-her-face” person, an outcast – it’s all there, put bluntly on the surface.

The material is less than fluffy, yet Chris twists all of that into fun pop tracks without downplaying the material’s significance. Her intertwined emotionality and physicality rests on top of all sorts of musical aces Chris has packed up her sleeve during the creative process. The album manages to house both Michael Jackson-inspired bass lines and G-funk synths, as well as the melodic outline of a Bruce Springsteen hit with references to Spanish painter Francisco Goya on the track ‘Goya Soda’. On ‘Girlfriend’ Chris pleads to be one’s lover instead of a girlfriend, a term which doesn’t seem to stretch over the outlines of the relationship at hand. “Don’t feel like a girlfriend” – sings Chris over a steady beat with a tasty synth solo, forged by G-funk extraordinaire Dam-Funk himself. ‘5 Dollars’ meddles with the idea of a desire so strong that one is willing to pay for it. ‘The Walker’ narrates the loneliness and brutality one faces when taking a road less travelled (and accepted), while ‘Damn (What Must A Woman Do)’ asks “Damn, what must a woman do?/ Para follarse, para follarse”, of which the Spanish phrase vaguely translates into ‘to fuck herself’. ‘The Stranger’ deals with one’s bare emotional reaction to current events and tragedies. It’s all heady, all with an edge, yet still prevails as fun pop music.

Chris is yet another great record by Christine And The Queens, narrating her musical development into the funkier yet still poppy, as well as her changing identity. It deals with a more aggressive, forward female sexuality than we’re used of hearing and continues on building up Christine And The Queens as one of the most distinct musical French exports in the music industry of the decade. (8/10) (Aiste Samuchovaite)

Listen to Chris by Christine And The Queens here via Spotify, and tell us what you think below!