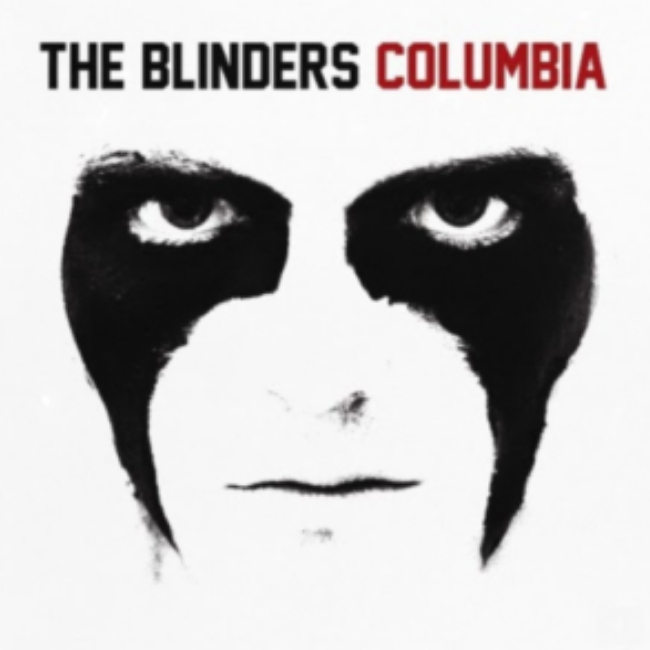 One of the most anticipated British debuts of 2018, The Blinders deliver a fully rounded rock statement with ‘Columbia’ but leave their future open.

Without even previously releasing an album, Manchester-based punk-rock trio The Blinders already have a lot to live up to, from sold-out shows across the UK and a storming performance at Cabbage’s mini festivals at The Ritz back in May. With their debut release Columbia, The Blinders live up to it all with a tightly cohesive dystopian concept album that defies those who believe that rock and guitar music are dead.

Columbia is named after the utopian Charles Manson vowed for his followers. This tightly unites the albums array of dark feelings of frustration, protest, anger in a social commentary of the modern day alongside brief but powerful feelings of hopefulness and unity for the future; “freedom is slavery and peace is a lie / you’re never gonna escape from their watching eye”. The album is also littered with political and literacy references including “l’etat c’est moi” by Louis XIV and Shakespeare’s ‘Julius Caesar’. A bold, intelligent and striking path to take, not unlike that of IDLES with their recent unforgettable sophomore album Joy As An Act Of Resistance.

‘Gotta Get Through’ opens the album with a violent thunder of pummelling drums, thick grumbling bass and piercing ringing guitars, creating a sound so raw and powerful that it’s more like that of a well-established stadium rock band. ‘L’etat C’est Moi’ is immediately reminiscent of ‘Don’t Sit Down Cos I’ve Moved Your Chair’ by Arctic Monkeys with its dirty and groovy bass line. The combination of the staccato drumbeat with the dark and slow guitar riff on ‘Where No Man Comes’ creates a hypnotic, gothic and sensual ambience.

It can’t be denied that after a few tracks the basic structure of Columbia does become a little repetitive, with each track almost consistently ending with an increasing tempo and repeated lyrics. But despite this clear formula each track remains exciting due to the insane skill and chemistry between The Blinders’ three musicians and this formula guarantees a catchy hook for nearly every song.  It would also be unfair to deny that there are moments where the lyrics do shine through. ‘Free The Slave’ is like a poetic sermon, “free the ageing man from sin / and the conservative values that chain him”, preached by Thomas Haywood with menacing passion. Throughout the rest of the album his snarky sarcasm intrigues you and pulls you in closer.

The Blinders have created something cohesively packed not only with raw energy and rage also with knowledge, chemistry and the profound. To say Columbia an impressive debut would be an understatement, but it’s also apparent there’s more to come. (8/10) (Sandie Garland)

Listen to Columbia by The Blinders here via Spotify, and tell us what you think below!