REVIEW: Idles – ‘Joy As An Act Of Resistance’ (Partisan) 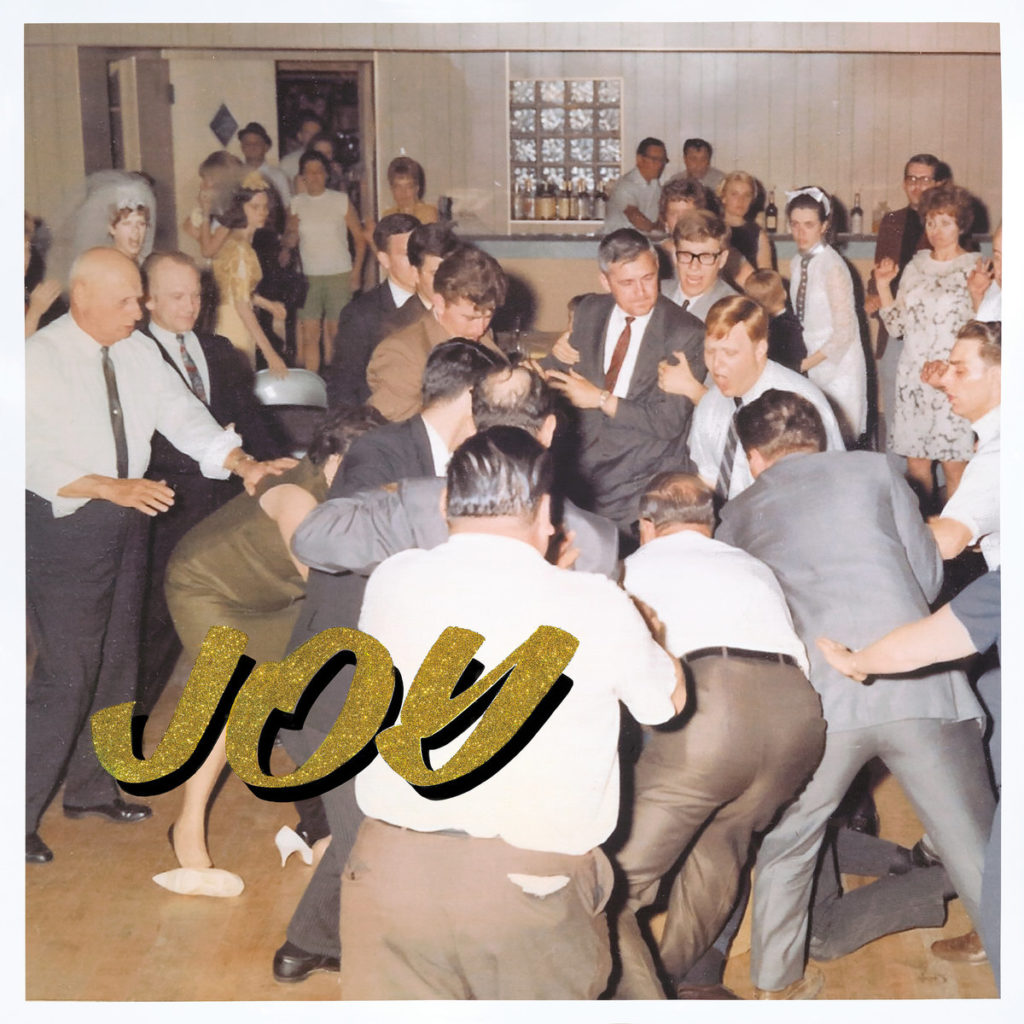 Channeling emotion and beauty as well as anger and intelligence, Idles’ second album ‘Joy As An Act Of Resistance’ is one of the finest punk albums in recent memory.

Bristol punks Idles return with their follow up to last year’s Brutalism – a debut album so near-perfect, it was always going to be difficult to follow, especially so soon after. Joy As An Act Of Resistance, however, is a joy indeed in that it has no regard for the pitfalls of the ‘difficult second album’.

The first single to be released from Joy As An Act Of Resistance was the aptly-titled ‘Colossus’. A throbbing one-chord-wonder with a dark intensity that, despite being a stomping post-punk juggernaut as brutal as Brutalism, somewhat gave off the wrong impression about the new Idles. ‘Colossus’ serves as a continuation of the personal-as-political rage and carpet-bombed sound of Brutalism, released barely 18 months previously. Yet elsewhere on the album, the overwhelming feeling is that Idles have been hard at work since the release of their incendiary debut and have simmered down their sound into something much more focussed, clear and outward-looking.

The working-class anger that Idles have made themselves known for is on great form on Joy As An Act Of Resistance. ‘Great’ takes aim at casual racists, flag wavers and Sun readers, taunting them with lines like “Islam didn’t eat your hamster”, accompanied by a video based around working class stereotypes. It is as though the band are acknowledging that the angst of Brutalism could have been directed towards other subjects, or simply that they have matured beyond their very personal debut.

‘Danny Nedelko’ is another track that deals with similar issues in a very down to earth way. A chant-along pro-immigration anthem, this song puts a human face on a hugely-discussed topic in a way that is so rarely done by any mainstream politician. “My best friend is an immigrant… a Nigerian mother of three”. A joyous celebration of solidarity in the face of bigotry, the final chant of “community so fuck you” feels triumphant, and the gibberish chorus had been sung by fans at the band’s ferocious live gigs before it had even been released.

Idles’ fusion of the personal and political rarely hits harder than on the track ‘Samaritans’. One of the best tracks of the band’s career so far, their signature pummelling drums and icy guitars really bite on this song, the Nirvana-esque dynamic shifts emphasising the attack on toxic masculinity and lad culture – “this is why you never see your father cry”. This is one of Idles’ hardest hitting song to date and the highlight of the album.

Joy As An Act Of Resistance is an album packed with songs made for live performances. ‘I’m Scum’ and ‘Rottweiler’, already a live set closer, have a furious energy akin to Idles’ early singles. The cosmic weight of ‘Colossus’ and ‘Love Song’, which deconstructs love in late capitalism (“look at the card I bought – it says I love you”) have fantastic live potential, and can only enhance Idles’ well-earned reputation as one of the best live acts in Britain.

Idles’ energy shows no signs of slowing down, and it is an absolute credit to the group that they have been able to produce two albums of such quality at this still-early stage of their career. Joy As An Act Of Resistance is a complete powerhouse, and the best part? There’s still plenty more to come. (9/10) (Louis Marlow)

Listen to Joy As An Act Of Resistance by Idles here via Spotify, and tell us what you think below!