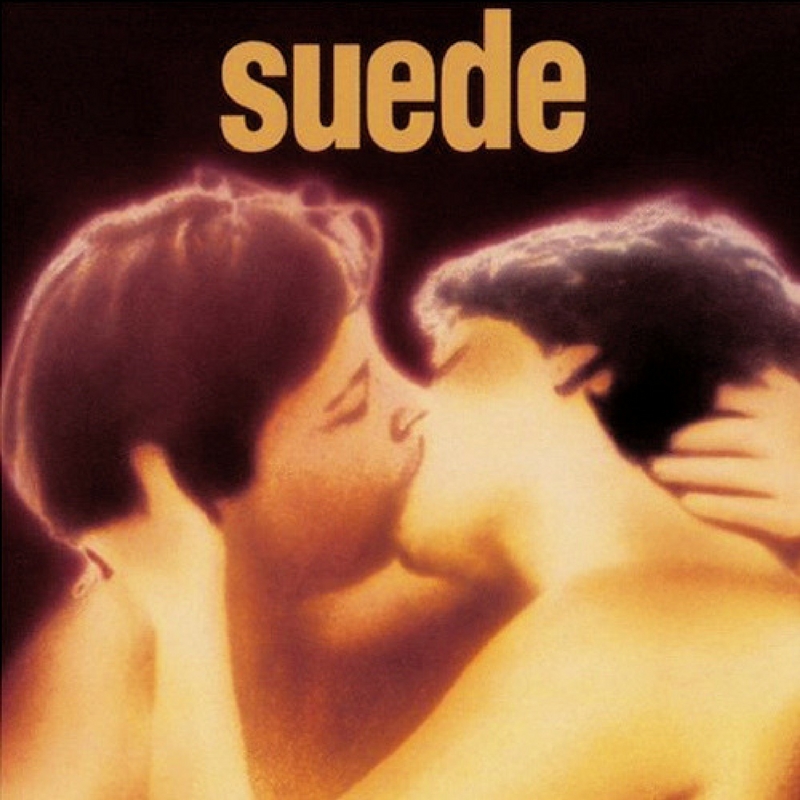 Beyond the laddish posturing and multi-platinum sales of Oasis and Blur, Suede operated in a much darker, dirtier corner of ‘90s Britpop. As one of the first bands to be described with this grating moniker, Suede and their 1993 self-titled debut album hardly set a template for what was to come. There were no Union Jack guitars, no parties at Number Ten with Tony Blair, and no Knebworth moment for Brett Anderson, Bernard Butler, Mat Osman and Simon Gilbert.

Although they have never been forgotten, in the history books as the second-ever winners of the Mercury Music Prize and the fastest-selling debut album by a band ever, their moment in the limelight was relatively brief. They were described in the Independent in 1993 as having “more hype than anybody since the Smiths, or possibly even the Sex Pistols”, yet until the time Oasis’ debut arrived just over a year later, they eclipsed the scene and are one of the first bands that spring to mind when one hears the word ‘Britpop’ today.

Whereas the similarly cerebral Pulp delivered their brand of sleaze through a filter of humour and retro disco beats, Suede embraced the darkness like Nosferatu. From the beginning, opener ‘So Young’ deals quite openly with heroin use and wild youth, and paints one of the most vivid pictures of the world that Suede lived in. “We’ll scare the skies with tiger’s eyes… let’s chase the dragon home.” Drugs, danger, and bleak images of everyday life run throughout Suede. ‘Animal Nitrate’ has themes of sexual abuse and gay culture, whilst ‘She’s Not Dead’ describes a girl’s suicide by car exhaust poisoning, inspired by the real life case of Brett Anderson’s aunt. Throughout their career, Suede have written some of the darkest and most poetic lyrics of the Britpop generation. One of the few moments of relief on their debut album comes from ‘Metal Mickey’, a great story of a whirlwind romance with a call-girl who “sells meat”.

One can imagine the masculine energy in the early ‘90s air: The Prodigy and the Happy Mondays washed down with pints of Stella, Definitely Maybe just around the corner. Suede were a world away from this. Frontman Brett Anderson was unashamedly camp, his lisping vocal seamlessly oscillating from a velvety croon to piercing falsetto. Hear the chorus of ‘Animal Lover’, for example. His image was similarly striking – a long fringe framing his gaunt features, and often appearing semi-naked to reveal his skeletal figure – the effects of his various drug addictions painfully clear. References to a variety of sexualities are laced into the lyrics, too. ‘Animal Nitrate’ makes reference to the discriminatory age of consent for homosexuals – which was many years older than the age for heterosexuals until 2000 – “now you’re 21”. ‘The Drowners’ uses ambiguous sexual imagery, where the gender of the narrator is deliberately obscured. The line “we kiss in his room to a popular tune” is pitched against the phallic imagery of “won’t someone give me a gun? Oh, well it’s for my brother”. Even the sleeve art is left ambiguous – a moment of androgynous passion which captures the essence of the album.

If 1994’s Dog Man Star found the band in their dark, gothic prime and 1996’s Coming Up was a scuzzy power-pop masterclass, Suede laid solid foundations that would shape their sound. Their influences were clear: Bowie, Bolan, The Smiths, Sex Pistols. ‘Animal Nitrate’ is an indie guitar classic and is amongst the biggest, brashest tunes on the album. Bernard Butler’s riff is pure Mick Ronson with a twist of psychedelia, its slashing rhythm made otherworldly by swirling effects. His playing style is bittersweet, spiky and melodic, and instantly recognisable. There is always a meandering line running beneath the songs, and ‘Breakdown’ has some great guitar interjections.

‘Moving’, on the other hand, has a furious punk energy akin to early Wire and is squeezed through a jet-engine flanger, whilst the pounding drum beat and wailed vocal of ‘So Young’ has more swagger than a whole family of Gallaghers. There has always been a subtlety to Suede’s music that adds a wonderful new dimension. The droning, interweaving guitars and delicate flutes on ‘She’s Not Dead’ and howling slide melody on ‘Pantomime Horse’ lend Suede a depth that was unachieved by so many bands of their era. There were a few imitators, Marion and Gene being the most bearable examples, but even the likes of Elastica begin to feel somewhat lacking in substance when compared to Suede.

When considering how well this album has aged over a quarter of a century, we can look at some modern bands whose influences can be traced back to Suede. The sonically indebted likes of Sundara Karma, Spring King and The Big Moon make a song like ‘Animal Nitrate’ sound positively fresh, and this begs a difficult question: Where Suede ahead of their time? Or has indie music stood still for 25 years? Arguably, Suede’s sound was nothing new. It was an exciting update on British glam rock and indie pop, both melodic and catchy, but seedy too.

However, there are almost no modern indie groups who have the same depth and sharpness that Suede captured on their self-titled debut. Catfish & The Bottlemen have written some of the blandest and most banal lyrics of recent years, and Courteeners are frustratingly unoriginal. It has been a long time since a British band burst onto the scene with a truly explosive album or single – as far back as Fat White Family, maybe? Cabbage have been riding their waves of hype for what feels like 10 years and are yet to deliver, and their sound is nothing extraordinary anyway. The fact that Suede sounds no less modern today than it did in 1993 comes as a fairly depressing indictment of British indie music.

This year’s 25th anniversary Silver Edition, to be released on the 30th March, is spread across four CDs and a DVD, featuring demos, radio sessions, and B-sides, among other rarities. Suede have always been a great B-sides band – their 2010 compilation The Best Of displays the brilliance of their lesser known tracks from Suede’s whole career, and there are some particularly good ones from their self-titled debut. ‘My Insatiable One’, in particular, has another strutting, Bowie-esque riff and some of Anderson’s most darkly comic lyrics from this period. “On the high-wire dressed in a leotard… On the escalator we shit paracetamol / as the ridiculous world goes by”.

Suede were, and remain, a formidable live band too, and a radio session version of ‘Metal Mickey’ has been released via Spotify in promotion of Silver Edition. It captures Suede sounding more aggressive than on the album itself – Anderson’s vocals are delivered with a snarl, and the band builds a riotous wall of sound during the guitar break. Needless to say, the reissue will carry an extortionate price tag for what is essentially superfluous to the experience of Suede. The ever-shrinking CD buying public will vote with their pockets on the question of whether or not Silver Edition is a worthwhile purchase, particularly as Suede’s vaults have already been so exhaustively mined before with the re-issue campaign that followed their reformation, but there is no debate over the near-perfection and enduring relevance of Suede. Ultimately, however, the real magic lies in the original album as it was heard 25 years ago.

Listen to Suede by Suede here via Spotify, and tell us what you think below!