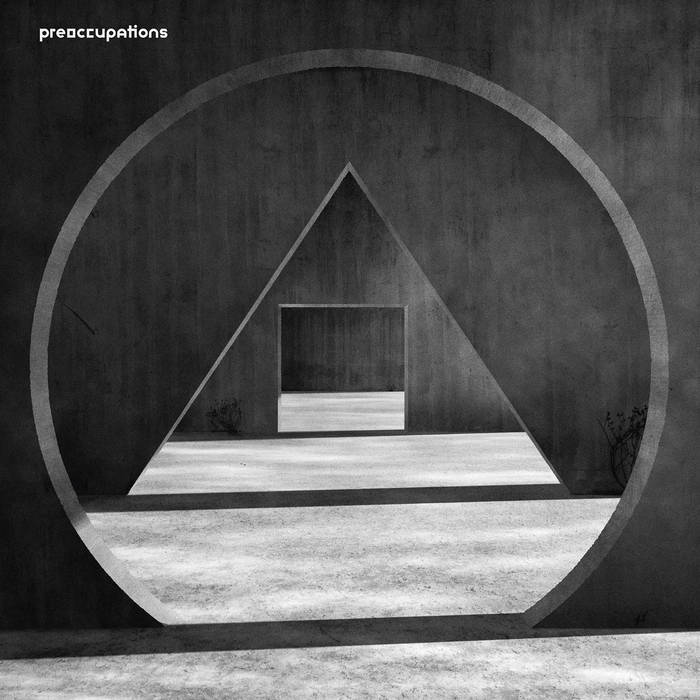 Preoccupations’ third record ‘New Material’ is just as nihilistic and apocalyptic as their earlier albums, yet also more melodic and accessible.

With the blunt and non-descript album title New Material, Canadian post-punk four-piece Preoccupations seem to be avoiding any controversy after having to change their name from Viet Cong in 2016, after accusations of racism and cultural appropriation due to its connections to the Vietnamese ‘Viet Cong’ of the Vietnam War. It was an issue that posed an interesting comparison to Joy Division, provocatively named after the brothels in Nazi concentration camps, as referenced in the book House of Dolls by Ka-Tzetnik.

New Material is short, but just as nihilistic and apocalyptic as a typical Preoccupations album yet more melodic and accessible. Heavily indebted to the sounds of the aforementioned Joy Division and classic ‘80s post-punk with a dark industrial dance sound combined with even darker, defeatist lyrics.

The structure and flow of New Material is incredible, even more so than their first two efforts. ‘Espionage’ is a phenomenal opening track with the texture slowing building with hollow, eerie percussion then an energetic drum beat, then an ethereal synth riff and a dark bass riff before Matt Flegel’s emotive and melancholy vocals. Then the album concludes with ‘Compliance’, a dark almost indescribable and otherworldly instrumental, only comparable to a minimalistic Crystal Castles track with piercing whirling synths against an intense heart-beat like drum beat. Every track builds so intricately and subtly that they almost become hypnotic. With these bookends tracks, Preoccupations show they have mastered how to both open and close an album.

Flegel stated in a recent interview that the new album is “an ode to depression… to depression and self-sabotage, and looking inward at yourself with extreme hatred” and that is exactly what the album reflects with its one word and harrowing track titles. On ‘Antidote’, his nihilistic lyrics “trying to untangle the map / everything slips right through your shaking hands / whether we asked for it or not / to live is to suffer again and again” fight against the almost funky bass and drum beat.

On ‘Disarray’ the chorus of “holding you up to the test of time / it’s easy to see why / everything you’ve even been told is a lie / removed from empty rooms” follows a similar pattern but has a less dark sound with bouncy guitar riff. The seeming paradoxical combination of energetic instrumentals against defeatist lyrics acts as a reflection of their understanding of life – futile yet ongoing.

Despite the less abrasive sound, Preoccupations remain just as striking and pitch-black as ever. With such a tight sense of cohesion between the lyrics and instrumentation, and a perfected understanding of the working of an album, Preoccupations seem to be unstoppable. (8/10) (Sandie Garland)

Listen to New Material by Preoccupations here via Spotify, and tell us what you think below!