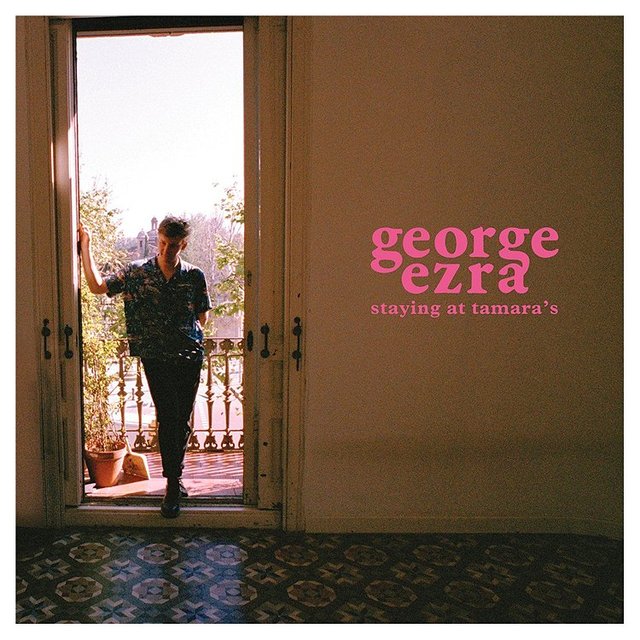 George Ezra’s second record ‘Staying At Tamara’s’ is pure escapism – a decently put together, well-produced but slightly artless half an hour.

“I know you heard it from those other boys / But this time it’s real” sings George Ezra on ‘Paradise’, the lead single to his sophomore album Staying At Tamara’s. And yes, you have heard it about a thousand times before, but this time it’s coming from the man with a baritone of an overly-chirpy sailor, who seemingly just escaped from the casting of John Smith for the live action Pocahontas movie so… sure, why not. It won’t change your life or anything, but it sure is a decent soundtrack for that summer reunion barbeque you’re planning with the friends you had back when Mumford & Sons were cool.

After climbing to the top of the charts a few years back with his ubiquitous hit single ‘Budapest’, the corresponding debut album Wanted On Voyage subsequently going four times platinum in the UK, George Ezra took his place as the young, ‘soulful’ kid in the pantheon of current singer-songwriter giants, like Ed Sheeran and Sam Smith. For his follow-up record, he’s decided to exploit the perks of being a solo performer with an acoustic guitar, and retreated to Barcelona to write, staying at an Airbnb after whose owner the album ended up being named. The escapism, and the sunny disposition one hailing from England feels in Barcelona is injected into each song, nearly to the point of overdose. If you’re putting the record on in the evening and are not mentally prepared for the sheer amount of saccharine fervour, by the “doo-doo-doo, doo-doo-doo”s and the uppity horn section of the second track ‘Don’t Matter Now’ you might actually feel slightly woozy.

Despite sounding overtly like Mumford & Sons covering the first Imagine Dragons album, with a dash of The Gaslight Anthem for maximum stomping potential, Ezra is quick to cite the likes of Bob Dylan and Woody Guthrie as the major influences on his music. And while he has gotten the ‘just a dude with a guitar’ aesthetic down, the poetry and the political statements seem to have gotten lost on him a little bit. There’s the occasional simplistic yet perfectly serviceable observation like “I fear I’m on an island in an ocean full of change”, but more often than not you’ll hear lines along the lines of “My lover, lover, lover / I’m in paradise whenever I’m with you”, or the only ever-so-slightly creepy “No matter where you go, baby / I’ll be there”. ‘A Hard Rain’s A-Gonna Fall’ it isn’t.

In an excellent tracklisting choice, the final four songs are considerably less gleeful, and Ezra’s distinct voice fits the slower mood of the closers. ‘Hold My Girl’ is, again, simple, but a perfectly lovely wedding-anniversary montage song, while ‘Saviour’ is a genuinely soulful folksy tune, comparable with some of the better songs by Ezra’s contemporaries. Even if the comparison might become slightly uncanny at the lyric “All of me is all for you”.

Staying At Tamara’s is an escapism album. One has to go into it expecting that, but as long as you’re feeling the summer night rooftop party vibe, it’s a decently put together, well-produced and very happy, albeit slightly artless, half an hour. As before, Ezra’s voice is the star of the show, and with the arena-filling potential of the songs, it will doubtless soundtrack the summer for many. (6/10) (Ellie Wolf)

Listen to Staying At Tamara’s by George Ezra here via Spotify, and tell us what you think below!