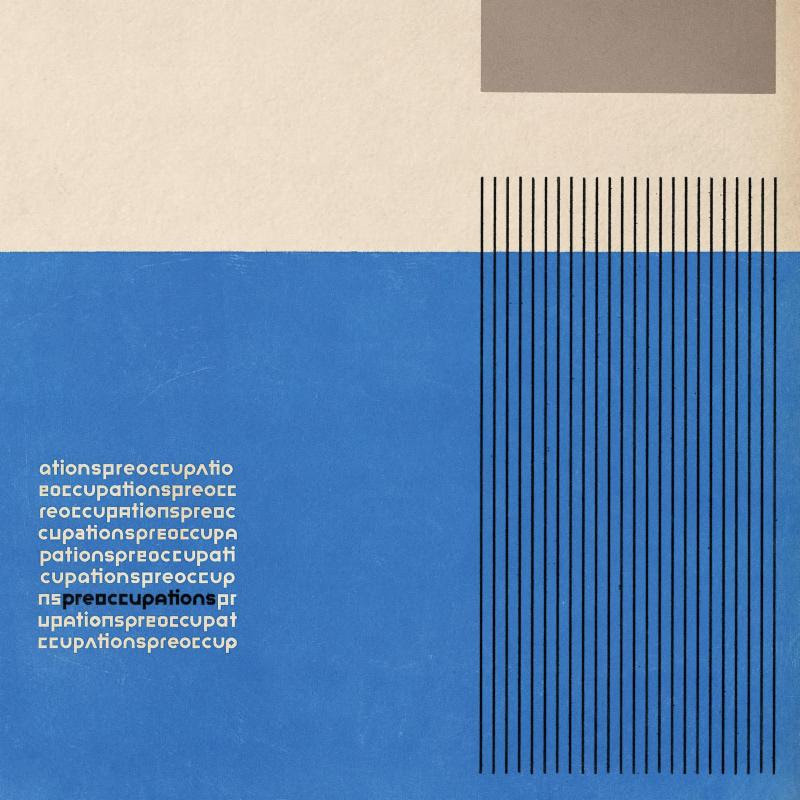 ‘Preoccupations’ crackles with nervous energy and tension, and serves to buttress the impressive and innovative post-punk of the band’s debut last year.

Not many bands get to make a second first impression. Having formed Viet Cong out of the ashes of the art-rock act Women and released a brutal and impressive self-titled debut at the beginning of January 2015, this Canadian four-piece eventually changed their name to Preoccupations by the end of the year having attracted criticism for racial insensitivity and cultural appropriation. The controversy was a shame, as it overshadowed probably the most impressive guitar debut of the year, but the practical upshot has been that the band got to reinvent themselves, and have come up with what is, in many ways, a second self-titled debut with the added luxury of having an established sonic template.

Preoccupations duly picks up where its predecessor left off. Raw, almost tactile noise, coruscating bass-driven guitar tunes, and booming but lo-fi production that sounds like the drums are being played through a brick wall make it an obvious and logical successor to Viet Cong, not to mention the tendency toward sprawling, labyrinthine song structures. Matt Flegel’s possessed baritone is once again one of the star attractions, his incanted vocals capable of an extraordinary range of emotional expression despite its relatively unchanging tone.

Right from the opening salvo of ‘Anxiety’, a marching drone cross-hatched with a beautiful, whistling synth part, Flegel seems to play the part of a narrator in the depths of extreme paranoia and depression to an almost pathological degree as he chants in his most booming voice “a sense of urgency and unease / second guessing just about everything” like he’s reading straight from a diary. On ‘Monotony’, a ghoulish dirge that’s reminiscent of early Cure tracks played with a fuzzbox, Flegel sounds weary and resigned when he moans “repetition’s killing you / it’s killing everyone”. In most contexts, his very direct lyrics would come off as immature and rather like angsty sixth-form poetry, but his completely straight delivery gives the desired effect, coming off as a document of harrowing mental unease.

That lyrical fixation carries over into the music, which manages the difficult trick of being slate-grey and monochrome yet utterly transcendent. There’s no finer example than the spectacular 11-minute centrepiece ‘Memory’, which starts from a ghostly, beautiful miasma of guitars and a rocky rhythm before speeding up, truncating its rhythm to something more pounding, streaking into the stratosphere as it takes on the form of some kind of imagined third Joy Division album. Wolf Parade’s Dan Boeckner joins in on vocals during this second movement, and their duelling vocal intonations toward the end provide the vehicle for the song’s climax and eventual blowout.

The one notable difference from Viet Cong is Mike Wallace’s percussion, which now sounds more streamlined and simple in comparison to the tumbling, complex rhythms he was pounding out before. The fast-paced, precision-guided recent single ‘Degraded’ would not have been possible before, and it’s an imaginative and credible evolution of the sound of their debut. Closing track ‘Fever’ represents a light at the end of the tunnel, and shows a new lightness of touch that one wouldn’t have ever associated with this band before as Flegel tells the listener (or, quite possibly, himself) “you’re not scared” over and over again.

The relentless, brutal physicality of Preoccupations reflects the turbulence and unpredictability of depression, the emotional to-ing and fro-ing that seems impossible to escape that characterises the condition. For some, it may therefore be an uncomfortable listen, particularly because of Flegel’s unflinching first-person diary-like analysis, but it’s far from being bleak and is a hell of a lot more empathetic and accurate than the moping post-punk of so many of the stereotypically ‘depressing’ bands out there. Preoccupations crackles with nervous energy and tension, and serves to buttress the impressive and innovative work of the band’s debut last year. (8/10) (Ed Biggs)

Listen to Preoccupations here via Spotify, and tell us what you think below!