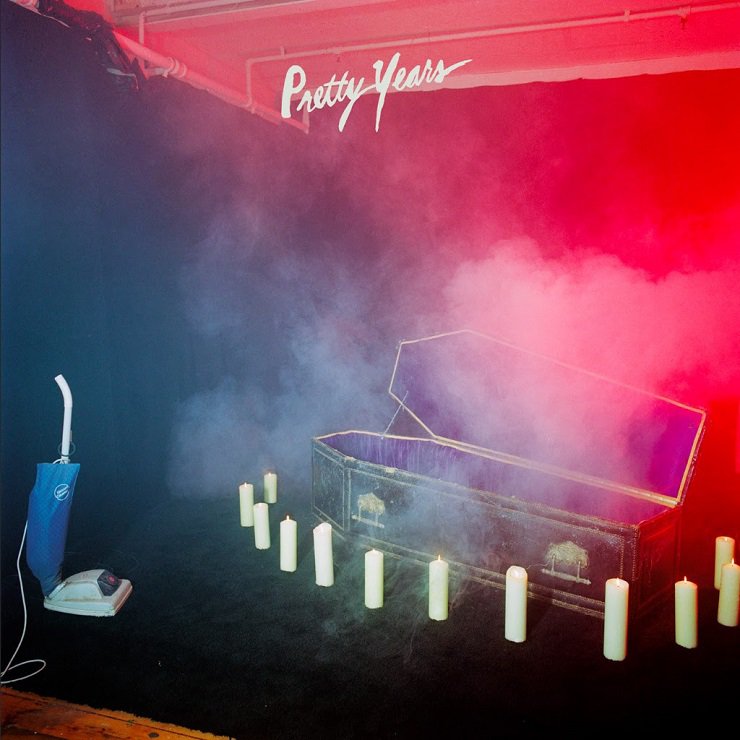 If you hadn’t been sold on Cymbals Eat Guitars already, then you’re unlikely to be by the end of ‘Pretty Years’.

When they originally arrived seven years ago with their uninhibited debut Why There Are Mountains, New York foursome Cymbals Eat Guitars were seen by some as one of the most promising young acts of the late 2000s American indie scene, with a sound inspired by the likes of Built To Spill and Modest Mouse. In the years that followed they continued to please fans and critics alike with Lenses Alien and Lose, but they never quite seemed to release that defining record, or have the opportunity to burst from underground obscurity and make their mark on the alternative music scene on a wider scale. And unfortunately their 4th studio LP Pretty Years still doesn’t exactly sound like a game changer either, but shows the band continuing to enjoy what they do…

Tracks like ‘Finally’ and ‘4th Of July, Philadelphia (SANDY)’ show the quartet at their most confident as they indulge in their love for noisy riffs, crunchy layers distortion and raspy vocals. However, the standout moment of Pretty Years arguably comes from ‘Wish’, where Cymbals Eat Guitars incorporate some jazzy instrumental bursts into their grungey, punk rock style, making for possibly the albums catchiest and most unique cut. Other songs such as ‘Have A Heart’ and the rowdy ‘Beam’ are likely to please long-time fans too, but at other points the group sadly seem lost in trying to navigate a stylistic identity, and end up trudging through the dull ‘Dancing Days’ and almost aimless ‘Mallwalking’.

Overall, Pretty Years is an enjoyable enough record during its first few listens, but lacks the special ingredients that could have made it something remarkable. The band experiment with various sounds and styles at moments, but never really pursue any of them enough to create something with any lasting impression or power. Fans of Japandroids, Show Me The Body or Beach Slang are likely to find appeal in this record, but if you haven’t been sold on Cymbals Eat Guitars already then you’re unlikely to be by the end of these 41 minutes. (5/10) (Woody Delaney)

Listen to Pretty Years here via Spotify, and tell us what you think below!