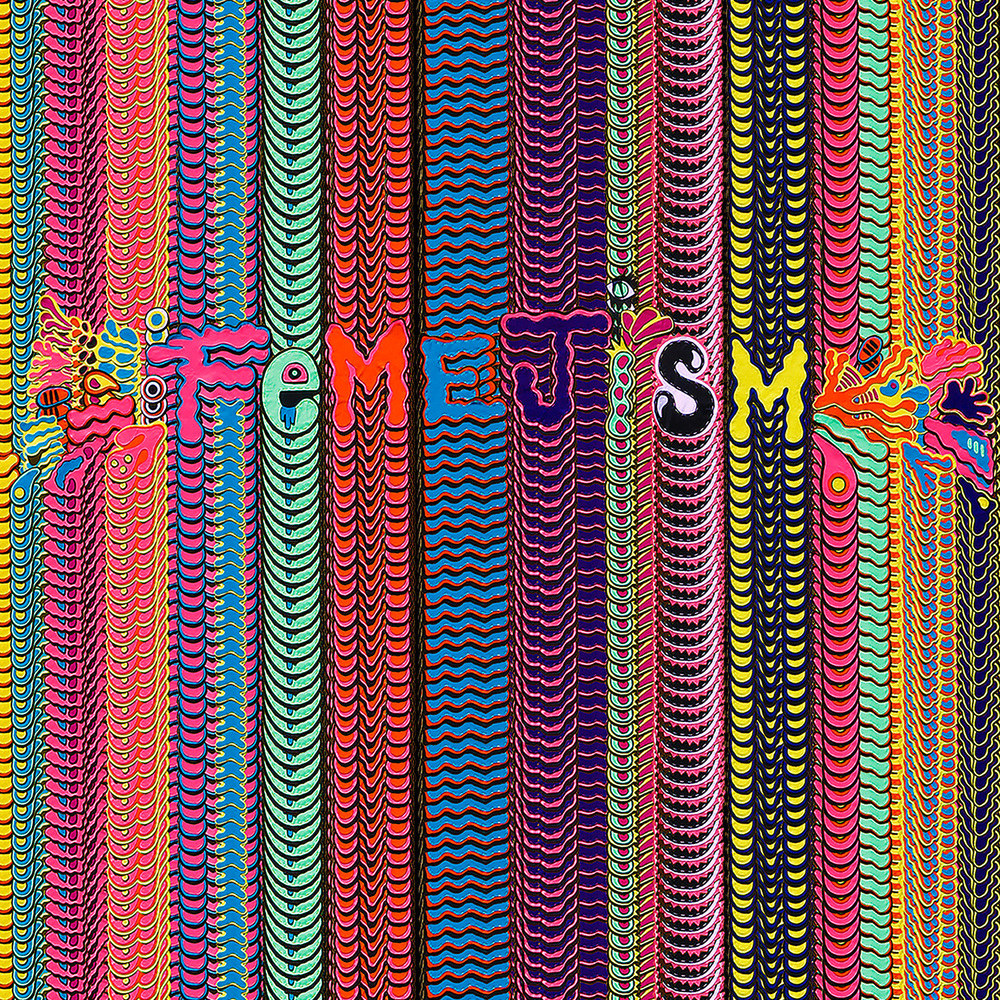 Where ‘Sistrionix’ was anthemic and immediate in its delivery, ‘Femejism’ is a well-measured affair that improves upon each listen.

When discussing the growth of modern rock today Sistrionix, the debut album by L.A. rockers Deap Vally, inevitably gets mentioned. The record was a statement of intentions for uncompromising, innovative blues-fused rock and rightly received global praise back in 2013. Nearly four years later, the duo of Lindsey Troy and Julie Edwards have returned and, although Femejism fails to evoke the booming hits and hooks of its predecessor, there is more than enough on show here to suggest that Deap Vally remain a unique talent.

Deap Vally have always evoked sounds and raw textures similar to The White Stripes and on second track ‘Julien’ those sounds return to the forefront with the trademark Troy snarl providing a unique twinge to the sound. ‘Teenage Queen’, a tongue-in-cheek tune about the pitfalls of stardom at youth, hits the same drum but is equal in ferocity.

Elsewhere on the record ‘Two Seat Bike’ combines garage-rock with hints of pop to create a frantic wall of noise. The production of Nick Zimmer of the Yeah Yeah Yeahs assists in the free-spirit nature of the record and that is never more apparent than in ‘Turn It Off’ as the guitars are let loose to dazzle and create a spellbinding concoction of riffs throughout.

Record highlight ‘Critic’ turns the Deap Vally sound on its head and shows the sonic improvement from Sistrionix. The track begins with a low-fi ‘50s blues sound that charms in its simplistic melodies as it provides the perfect mid-album calm before the chugging guitars of ‘Post Funk’ are allowed to wash over.

The album isn’t without flaws, however, and in ‘Smile More’ we see a sound that has been tapped into too often. The song is basic in its attempts of creating a slacker sound, the chorus is Courtney Barnett at her most tepid and the album as a whole suffers as a result.

However, Femejism is ultimately another success for Deap Vally; where Sistrionix was anthemic and immediate in its delivery, LP number two is a well-measured affair that improves upon each listen. From the considered sonic improvements of ‘Critic’ to the raw aggression of ‘Julien’ and ‘Royal Baby’ – Femejism is another reminder of the California duo’s distinctive prowess. (7/10) (John Tindale)

Listen to Femejism here via Spotify, and tell us what you think below!