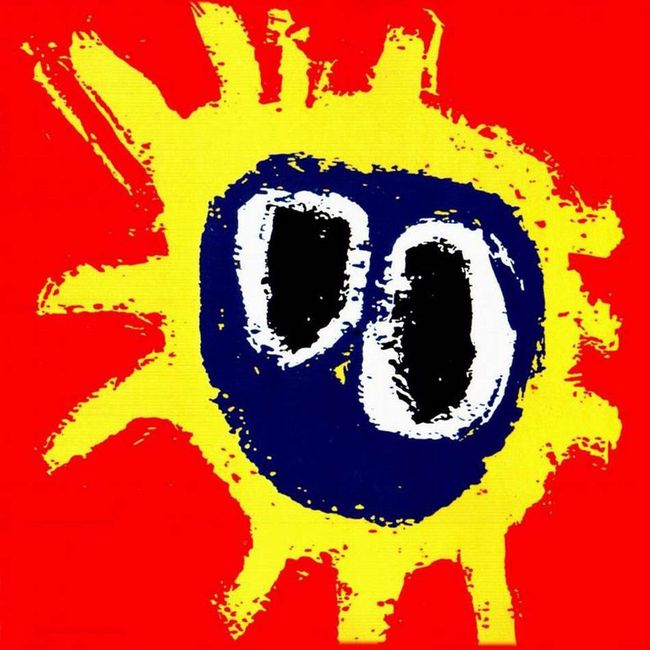 September 1991 was a red letter month for pop music that saw the release of two iconic records that would change the shape of the rock mainstream in Britain forever. Firstly, Nirvana’s Nevermind, which brought the American indie scene overground and lit the blue touch paper for the alternative rock trend throughout the ‘90s, and secondly, Primal Scream’s game-changing third album Screamadelica, which collided acid house and rave culture with rock in a new and totally inventive manner. Incredibly, both albums were released on consecutive days.

The Stone Roses and Happy Mondays, twin icons of ‘Madchester’, had experimented with borrowing ideas from dance culture for a couple of years, but Screamadelica completely tore down the barriers, fully cross-pollinating the aesthetics of dance and rock to create a sonic rainbow of different textures and sounds. Shy, floppy-haired indie kids became comfortable on the dancefloor, bug-eyed techno-heads began to appreciate guitars, and everyone who remained married to their respective sides was suddenly seen as rather uncool in the face of a Generation Ecstasy classic.

It was quite an incredible turnaround from Primal Scream, a hitherto uncelebrated and unexceptional bunch of leather-clad Glaswegian nostalgists obsessed with MC5 and Detroit rock who seemed to only be signed to Creation Records because they were mates with the label’s head, Alan McGee. Five years previously, their early B-side ‘Velocity Girl’ had been held up as the pinnacle of the jingly-jangly lo-fi British indie scene, dubbed C86 by the NME, but their two mediocre albums had not made much of an impression. By the time of Screamadelica, they had been propelled straight into the big leagues, becoming one of the most celebrated groups in the country virtually overnight with the success of hit single ‘Loaded’ a full 18 months before the album was even released, song that effectively acts as a shorthand for Screamadelica, an encapsulation of its ideas and outlook.

The story of that legendary song’s genesis makes for one of the happiest accidents in rock history. It’s incredibly rare that a remix causes its original artist to completely overhaul its approach to its own music, but this is precisely what happened when DJ Andrew Weatherall was given the Scream’s 1989 Stones-influenced jam ‘I’m Losing More Than I’ll Ever Have’. Retaining only a few of lead singer Bobby Gillespie’s vocals and some guitar lines, Weatherall transformed a mournful lament into one of the most influential and recognisable tracks of the decade, prefacing the remix with Peter Fonda’s rebel speech from 1966 film The Wild Angels and throwing in some dream-sequence beats, lysergic guitars, soulful trumpets, house pianos and making something truly transcendent. “We wanna be free – to do what we wanna do” became a manifesto for the brotherhood of clubbing, and the new symbiosis for music that the Scream were forging.

Blown away by the success – a memorable ‘Top of the Pops’ performance highlights how unexpected the band found their newly-cemented fame when it eventually peaked at #16 in the summer of 1990 – Primal Scream hired Weatherall as the primary producer for Screamadelica, and he is behind eight of the eleven tracks, with The Orb’s Alex Paterson, Hypnotone, Hugo Nicolson and ex-Stones producer Jimmy Miller working either in collaboration with or isolation from Weatherall.

It took a very long time to finish, in terms of the budgetary limitations of Creation, with newly-completed singles flung out to stoke the public interest that had been piqued with ‘Loaded’ more than a year beforehand, but when Screamadelica finally arrived it was universally hailed as a masterpiece. The dance-rock hybridisation was groundbreaking enough, but there was a second meeting of diametrically-opposed minds going on in the album, between Bobby Gillespie’s reverent, fanboy rock stardom and Andrew Weatherall’s love of celebratory club music, and it is this tension that lends Screamadelica its long-lasting appeal.

Primal Scream’s first two albums had effectively scanned as an opportunity for Gillespie to live out his fantasies with ersatz versions of his favourite bands, in what might cruelly be described as ‘record collection rock’ – Stooges, Stones, Byrds, punk. He did so solidly and with reverence but not with any particular imagination, but with the right inspiration and producers at hand, Gillespie has occasionally risen to become one of the most brilliant frontmen around. This was something he achieved first on Screamadelica with Weatherall, and again later on 2000’s XTRMNTR and to a lesser extent on 1997’s Vanishing Point and 2013’s More Light.

The deep club cut ‘Don’t Fight It, Feel It’ is the first Weatherall track to appear in the running order, the addition of a cheerful Italo-house piano and Denise Johnson’s club-diva-esque guest backing vocals part an indication of his vision. The Brian Eno-sampling ‘Inner Flight’ and ‘I’m Comin’ Down’ team him up with rock-orientated producer Hugo Nicolson, who helps Weatherall engineer a slightly less dance-orientated version of the Scream but definitely not one that you could describe as ‘rock’. Nicolson’s orchestral arrangements on the relaxing closer ‘Shine Like Stars’ help bring Screamadelica to the perfect end.

However, best of all, is the album’s crowning centrepiece ‘Come Together’. Extended from a single edit that had been released more than a year before in August 1990, the album version drops almost all of Gillespie’s vocals and builds the track out to more than 10 minutes in length. Beginning with a spoken-word sample of a 1972 speech from the Rev. Jesse Jackson (“all those are just labels / we know that music is music”), it’s a veritable kaleidoscope of dub, gospel, rock that finishes in a sensory overload.

Occasionally, when Weatherall is in the ascendancy on these album highlights, Gillespie seems to be pushed out of the spotlight – indeed, the back-to-back sequencing of ‘Come Together’ and ‘Loaded’ means that there’s an 18-minute period where Gillespie is barely on the album at all. But even when he’s not there, it’s his spirit that is driving Screamadelica. Working with Jimmy Miller on the soaring comedown blues of ‘Damaged’, Gillespie is not checked by Weatherall in any way and it makes for Screamadelica’s solitary ‘odd one out’ moment. In lesser hands, its presence in the tracklisting would be jarring, but Gillespie’s yearning performance, in which he positively aches for transcendence, makes it essential.

Miller is also responsible for Screamdelica’s other truly iconic moment, its gospel/rock epic opener ‘Movin’ On Up’. A massively uplifting moment, it is pure retro ‘60s hedonism whose message of love and peace made absolutely perfect sense in the Ecstasy-fuelled Second Summer of Love. Despite all the mind-blowing, futuristic production elsewhere on the record, ‘Movin’ On Up’s vintage feel paradoxically explains Screamadelica’s fusion of past, present and future more than any other track.

Elsewhere, the Scream’s other collaborators do sterling work in bringing Primal Scream to a new audience. Hypnotone’s work with their cover of The Thirteenth Floor Elevators’ ‘Slip Inside This House’ presented an opportunity for Gillespie to pay tribute to another of his heroes, Roky Erikson, by transforming the acid-fried guitar-based original into something totally different and yet equally mesmerising.

‘Higher Than The Sun’, one of the most deeply drug-influenced UK Top 40 hits in history, features The Orb’s throbbing, spacious production and Bobby Gillespie’s pure-stoned vocal leading the listener through shapeshifting vistas of dubtronic grooves, washes of hazy synths and cavernous drum breaks. It’s a perfect symbiosis of aesthetics from seemingly mismatched genres that signposted a future of trip-hop, post-rock and chillout music. The track returns later on in Screamadelica, this time called ‘A Dub Symphony In Two Parts’, featuring ex-Public Image Ltd. bassist Jah Wobble’s stereo-panning bass and even warmer, dreamier production.

Screamadelica is, without question, one of the druggiest albums ever, although you don’t actually need drugs to enjoy it. Even the album’s distinctive artwork was inspired by LSD, with Creation’s in-house artist Paul Cannell inspired to paint it after he’d seen a damp water spot on the office’s ceiling when he was tripping out. Selling over 500,000 copies in the UK, it holds the distinction of being the winner of the inaugural Mercury Music Prize held in September 1992, marking the end of a three-year journey that began when Creation handed over that offcut to Andrew Weatherall on the off-chance he could transform it into a hit.

While in many ways a collaboration album, with Weatherall deserving just as much credit as the band, it was Primal Scream’s overarching vision for rock to exist alongside dance that was the prime mover behind Screamadelica. As such, it’s had an inestimable influence on every guitar band in the subsequent 25 years that has ever attempted to conquer the dance tents as well as the rock festivals, asking the existential question of what constitutes a band in the age of the remix. It’s one of the very few dance records that isn’t tied to its era, its timelessness cemented by how it doubled back on rock history, rearranging the past so it pointed to the future, arguably the most far-reaching piece of musical exploration in pop’s vast canon.

Listen to Screamadelica here via Spotify, and tell us what you think below!