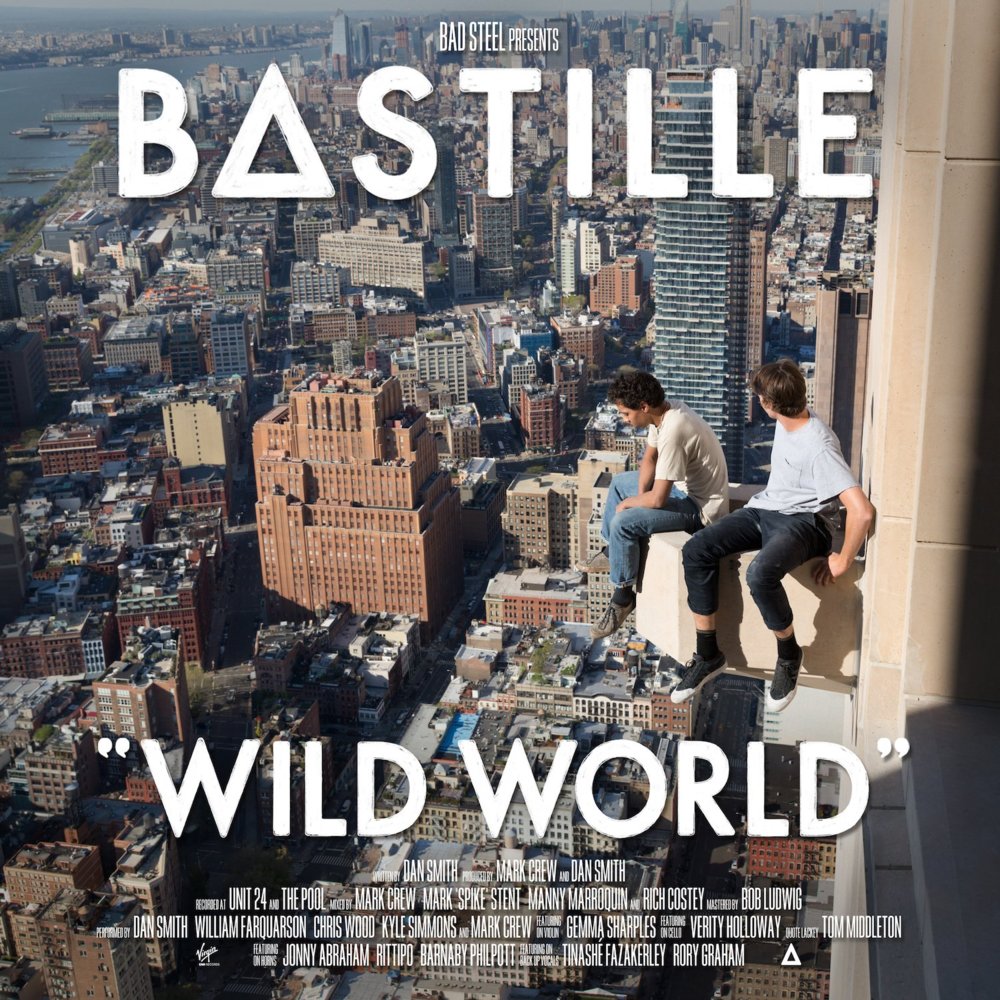 Had ‘Wild World’ actually been wild and taken risks then perhaps it could reach the heights hoped, instead we are left with a see-through attempt at stardom that ultimately is crushed by its own weight.

Back in 2011 Coldplay released Mylo Xyloto, a hideous and garish album which gave way to an army of bland groups attempting to reach the stadium-pop stratosphere. Emerging the following year, Bastille were clever in their attempts to cash in and with the hit Number 1 single ‘Pompeii’, a track, which although horrendously clichéd, took the London four piece above any of their contemporaries in taking over pop culture. Wild World, the follow-up to 2012’s Bad Blood, features many of the same tactics, as Bastille continue to strive to become unashamed hit-makers.

Wild World repeatedly uses the same tricks to varying degrees of success. ‘Good Grief’ and ‘Warmth’ are carbon copies of one another in structure, although the charm of the former just about carries it through, from the ‘80s film voiceover to begin to the overly-polished vocal which morphs into a beaming chorus designed to be sung by the masses. ‘Good Grief’ manages to become an earworm due to the tonal differences of the falsetto of Dan Smith’s vocal, whereas ‘Warmth’ in comparison is the ugly sister as the synth and snared electro misses its mark.

Lyrically, Wild World is outright frustrating. ‘The Currents’ protests against Farage and Trump in a moral crusade against right-wing politics – however, the point is left blunt by the insipid lyrics, “I can’t believe the scary points you make” being the pick of a bad bunch. At a time where protest music has never more been at the forefront of the British music scene, this feels cringe-worthy at best.

There are times where the attempts by the group to grab the mainstream becomes the album’s worst enemy. ‘An Act Of Kindness’ begins with an interesting lo-fi piano, but is inevitably taken over by a whirring synth which creates a claustrophobic feel as the instrumentation is crammed in. Whilst ‘Lethargy’ feels an apt way to describe itself as again a lack of character in the big pop feel sees the track fail to connect with anything emotional.

It is the constant repetition and overweening commercialism which drags down the record as the 14 tracks continue mercilessly through their routine and, in spite of a very slight improvement during the course of the record, the LP drags horribly. Bastille’s lofty ambitions are there for all to see on this record, but it is a total absence of discretion and subtlety which ultimately costs the record; had Wild World actually been wild and taken risks then perhaps it could reach the heights hoped, instead we are left with a see-through, utterly conservative attempt by a band laser-focused on maintaining its grip on stardom, which ultimately is crushed by its own weight. (3/10) (John Tindale)

Listen to Wild World here via Spotify, and tell us what you think below!