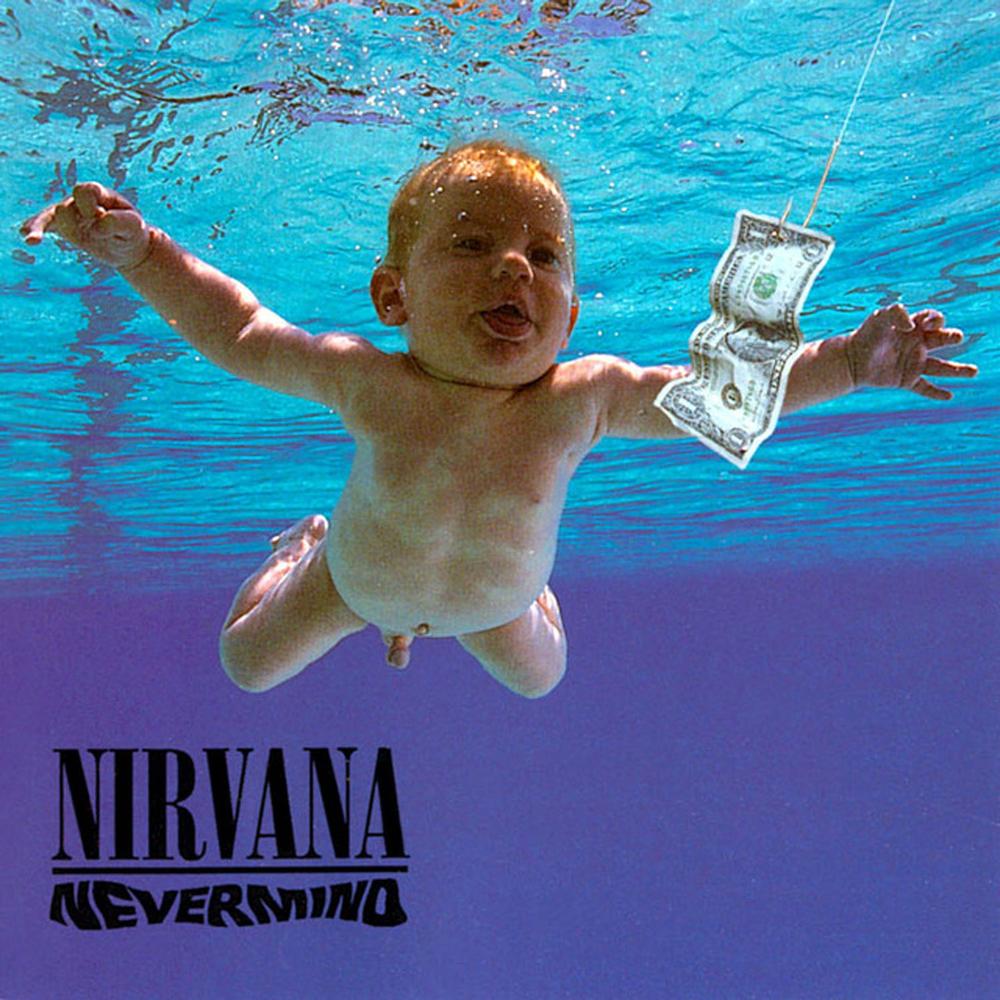 When we think about the great records of the ‘90s, there’s always that same few that will eternally remain engraved within our minds. Whilst some will look to the triumph of Britpop and others find pleasure amongst the thrills of the emerging American alt-rock scene, one album continues to unify the majority of popular belief. Nirvana’s 1991 album Nevermind not only abruptly catapulted the band into a totally unanticipated whirlwind of fame and chaos, but also went on to prove itself as one of the most important albums in the development of rock music that we know and love today. Forever holding the title of grunge’s irrefutable poster boys (even though they rejected that term from the outset), Nirvana’s instant rise to prominence sparked a widespread musical upheaval and provided a welcome cultural leap into a defining new era.

Still riding off the moderate success of their 1989 debut Bleach, Kurt Cobain had found himself at an impasse. Where Bleach had been influenced by the abrasive dirge rock of The Melvins and Mudhoney, Cobain soon became disillusioned by the detuned aggression of his surrounding Sub Pop counterparts and consequently found himself delving into a far more melodic approach. The defining moment that heeded eventual impending change arrived with one-off 1990 single ‘Sliver’ with Cobain later recalling, “It was like a statement in a way. I had to write a pop song and release it on a single to prepare people for the next record. I wanted to write more songs like that.” The Pacific North-West had long been a hot-bed of underground music, but something was beginning to brew within the heart of Seattle that would eventually place its music scene at the centre of the musical universe.

By no means was this a stable time for Nirvana. Having been invited to record new material at Butch Vig’s legendary Smart Studios and becoming increasingly more disenchanted by their current label, Sub Pop, Nirvana were left seeking a deal with a new label to showcase their intended rejuvenated sound. To make matters worse, Cobain and bassist Krist Novoselic had fallen out of touch with drummer Chad Channing whose opposition to Cobain’s the new regime led to his eventual departure from the band. Despite production being halted for a short period, new producer, Butch Vig placed them in touch with drummer Dave Grohl, with whom Cobain and Novoselic immediately struck a chord. Eventually signing with major label DCG, one of the imprints set up by entertainment magnate David Geffen, everything was beginning to fall into place.

By the time Nirvana had recorded Nevermind, DCG were hoping to sell 250,000 copies worldwide, however by the time they’d released the album’s lead single, ‘Smells Like Teen Spirit’, it was clear bigger things lay on the horizon. Infusing everything from the disjointed but poetic snarl that often characterised the textbook punk persona, but reinventing it with a timelessly powerful hook arrangement, ‘Teen Spirit’ took the world by relentless storm whilst carving a path for Nirvana’s tremendous ascent in its wake.

Without even realising it – he is said to have written its lyrics in five minutes on a car dashboard on the way to the studio – Cobain had stumbled across a totally unique formula to writing music. Indeed, it’s actually hard to listen a track as iconic and familiar as ‘Teen Spirit’ critically because so much cultural baggage is bound up with it, particularly the Generation X / ‘slacker’ ethos that subsequently became attached to Cobain’s weary sigh “I found it hard, it was hard to find / Oh well, whatever, nevermind”.

What it was, and still is, is a musical encapsulation of all the qualities of its parent album. With the help of Vig’s polished, radio-friendly production style, Cobain managed to strip grunge of all its grey, monochrome qualities and alternatively deliver it within a complex of impeccable pop structures that positively ring with melody, and which continue hold their own today. Indeed, it’s remarkable how well these songs have aged, given that the subsequent glut of ‘grunge’ bands that were thrust under the spotlight in the mid ‘90s now sound so dated.

Following the album’s eventual release in September, Nevermind completely surpassed DCG’s initial projections and by Christmas had sold over 400,000 copies. In January 1992 it knocked Michael Jackson’s Dangerous from the top of the Billboard 200, and has to date sold 10 million copies in America, with an additional 14 million worldwide. Its content was simply untouchable from start to finish and engaging deeply to practically every individual mentality. Whilst the anthemic qualities of ‘In Bloom’ and ‘Lithium’ provided Nevermind with its instantly appealing drive and magnitude, Cobain reaps further rewards in the more enduring tracks such as ‘Breed’, ‘Drain You’, ‘On A Plain’ and ‘Lounge Act’. Nothing about the record was in anyway pre-processed or fake. Cobain’s exemplary song craft and frayed vocal lays out a desperate but menacing composition that not only ravishes the senses but is a solely honest account into the mind of a tortured genius. Cobain was so intent on preserving the purity of the album that Vig often had to trick him into recording additional takes for overdubs due to his strong aversion to multiple takes.

Whilst its predecessor, Bleach, remains to induce partitions in opinion, some believing its primal bombardment of distortion heavy guitar rips is rock music encapsulated within its most transparent form while others beg to differ. But Nevermind remains to be almost unattainable from an artistic perspective. Cobain’s unique understanding of pop progressions coupled with his explosive inner turmoil produced results that were almost completely unfathomable to the ear at the time. Although his untimely death three years later would provide a tragic end to one of rock music’s most indisputable legends, Nevermind remains to be the rowdy catalyst of his undying legacy.

The massive success of Nevermind, and the mega-stardom and mainstream celebrity that it attracted, sat uneasily with Cobain from the beginning. Every decent biographical depiction of the singer indicates the same central paradox in his personality: here was a man who proudly identified with the underground, with counter-culture, with the left-field, but who found himself bored by the puritanical strictures of such a lifestyle and couldn’t help but write these glittering, ultra-melodic rock tracks that attracted the fandom of people he loathed, despised and with whom he had nothing in common – brawny jocks and yuppie businessmen in BMWs.

This explained Nevermind’s eventual successor, 1993’s In Utero, produced with the resolutely non-mainstream legend Steve Albini and which was much darker, more abrasive and musically challenging. Indeed, In Utero is a much more intriguing musical document, as a psychiatric analysis of its creator and what would be his final statement, but Nevermind is the bona-fide cultural phenomenon: albeit one that span so far out of the control of its creator that it drove him to despair. Still influencing the pop-punk personas and the lyrical prowess of musicians all over the world, Nevermind’s author may no long be with us but the resilient spirit of his music still resonates powerfully.

Listen to Nevermind here via Spotify, and tell us what you think below!