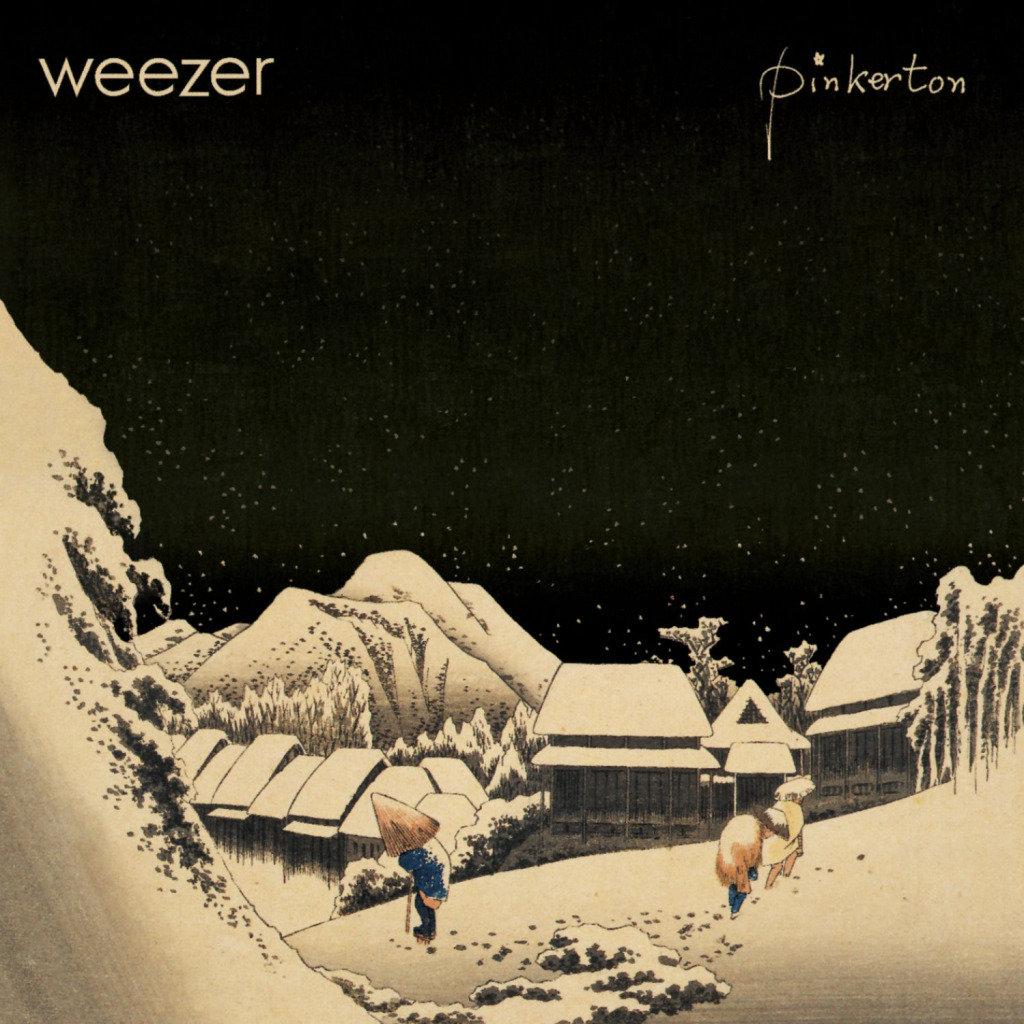 The story of how Weezer’s second album Pinkerton went from critical ridicule to adoration is not only incredibly heartwarming, but also a reminder that both the initial reactions of professional reviewers and fans alike are not set in stone. Twenty years after its release and initial commercial failure, Pinkerton has now sold over a million copies and is regarded as one of the finest alternative rock albums of the ‘90s, and could be seen as one of the touchstones of the genre that came to be known as ‘emo’ in the decade after its release. It’s certainly one of the most emotionally devastating and vulnerable albums to ever be released on a major label, not to mention artistically risky.

The record is named after the character BF Pinkerton in Puccini’s 1904 opera ‘Madama Butterfly’, a person whom lead singer Rivers Cuomo described as an “asshole American sailor similar to a touring rock star”. Burned out by the limitations of rock, the opera inspired Cuomo to go deeper and more personal with his music. He felt that the Pinkerton character reflected his own struggles, and he uses Japanese culture on various occasions on the album as a metaphor to express these.

Pinkerton was recorded and produced entirely by Weezer themselves in the hope of capturing their true live sound as opposed to the poppy, occasionally overly-light production of their multi-million-selling 1994 debut Weezer (known as ‘The Blue Album’). Recording happened in three short bursts over the winter and spring of 1995 and 1996, fitting in Cuomo’s Harvard college course he had undertaken to study classical composition. Originally, the follow-up was intended to be a sci-fi rock opera called Songs From The Black Hole, which was abandoned in mid-1995 and remains unfinished, so Pinkerton consisted entirely of songs written while he was at Harvard.

The reason for the initial backlash against Pinkerton appears to have been mainly due to the change in Cuomo’s tone of delivery. Sure, the nerd-rock of the multi-platinum success of their debut was still there, but the geekiness was not meant to be cute this time round. Cuomo’s lyrics were powerfully resonant for those of us incompetent at relationships, giving the album a kind of unnerving quality that you nevertheless can’t tear yourself away from, like a stolen diary.

His lyrics alternated between solipsistic and self-effacing but, crucially, never lapsed into self-pity, using dark humour to lighten the mood. Opener ‘Tired Of Sex’ immediately spoke of alienation, personal dysfunction and burnout. Cuomo is clearly in the middle of a meltdown as his voice cracks on the higher notes, but his angst is made funny by his self-awareness (“I’m spread so thin / I don’t know who I am”).

‘Pink Triangle’, a brilliantly funny/sad song about discovering the girl he’s pursuing is a lesbian (“everyone’s a little queer / why can’t she be a little straight”), is an example of Cuomo’s finest songwriting. Sometimes he plays it comparatively straight-faced, such as on the personal apocalypse of ‘Falling For You’, or the more plaintive pleading of the modest anthem ‘No Other One’, which is much more like the softer-edged rock of Weezer’s debut (“nobody knows me like her”).

Initially, Pinkerton fell a long way short of commercial expectations set for it. This was almost certainly a result of its darker and much more confessional sound which, though it contained a number of dense and complex melodic and harmonic structures and kept pretty much to the 3-4 minute song lengths of their debut, contained no obvious cuts for heavy radio rotation. It was a cross-breed of the sunny guitar power-pop of their debut and a heavier sensibility that just about bordered on metal. It’s not obviously the work of the same band who released ‘Buddy Holly’ two years before – Cuomo and Brian Bell’s guitar rage and squall this time around, with pounding, visceral drumming from Patrick Wilson accompanying it, with storm clouds engulfing previously clear blue skies.

Many focus on the lyrical concerns, but the music they are set to is just as striking throughout Pinkerton. ‘Across The Sea’ and ‘The Good Life’, two masterpieces that sit back-to-back in the centre of the record. The former is a tale of hopeless, unrequited obsession projected over massive distances, mixed in with some unresolved mom issues, and is one of the saddest and most pathetic tracks Cuomo has ever laid down. The intricate, choppy guitar riff of the multi-segmented ‘The Good Life’ (hastily unleashed as a second single instead of the fast power-pop of ‘Why Bother?’, which probably would have gotten better reception with radio stations) is about aching to settle down, with a great chorus offset by brutal power chords. On the sonic flip side, there’s the beautiful, Big Star-esque acoustics of break-up ditty ‘Butterfly’, featuring one of Cuomo’s best vocal performances as his emotions almost get the better of him.

A perfect encapsulation of why Pinkerton is so fascinating is its lead single, ‘El Scorcho’. It was, and remains, a minor masterpiece, but it was a deeply unconventional choice as a promotional tool, featuring an intricate, wandering riff, a shift into double-time and some pretty creepy themes. Lyrically, it uses the same junk-culture references as Pavement’s Stephen Malkmus (rap video clichés like “I’m the epitome / a Public Enemy”…) but it gets a little too far deep into Cuomo’s mind as he stalks the object of his affections and confesses to a ‘half-Japanese girls’ fetish, before making the resigned statement “How stupid is it? / I can’t talk about it / I gotta sing about it / and make a record of my heart”, which seems to skewer the entire subsequent trend of emo posturing by some of its more eager practitioners. But ‘El Scorcho’ speaks to a very insecure and isolated mindset, and is autobiographical without getting too bogged down in specifics.

Cuomo soon distanced himself from Pinkerton, embarrassed by its emotional openness, and took years to gather himself to write again. He had said in 1997, in the immediate aftermath of its failure, “I’m a shitty songwriter”, and, upon Weezer’s eventual return to music in 2001, he said of Pinkerton: “It’s like getting really drunk at a party and spilling your guts in front of everyone and feeling incredibly great and cathartic about it, and then waking up the next morning and realizing what a complete fool you made of yourself.”

Over the years and via internet-fuelled word-of-mouth, it took on a life of its own and attained a cult status among older fans dissatisfied with the future direction Weezer would take in the noughties. Indeed, the unholy trinity of ‘The Red Album’, Raditude and Hurley were all so utterly abysmal as to constitute crimes against music, which to my mind gives Weezer one of the most intriguing career arcs in recent memory. They’re one of the few artists to have recorded both a 10/10 and a 0/10 album in the same discography. The 2010 deluxe re-issue of Pinkerton is one of the only albums to hold a perfect 100% rating on Metacritic, and it was long past time for it to be critically re-evaluated in any case.

Its influence is very plain on bands like Panic! At The Disco and My Chemical Romance, but it has also arguably been a blueprint for those with an uncompromising approach to commercial expectations from all genres. While it may dwell in the shadow of its predecessor, largely for all those who only really know Weezer for ‘Buddy Holly’, for the faithful it is a beacon, and a once-in-a-lifetime masterpiece from Rivers Cuomo.

Listen to Pinkerton here via Spotify, and tell us what you think below!