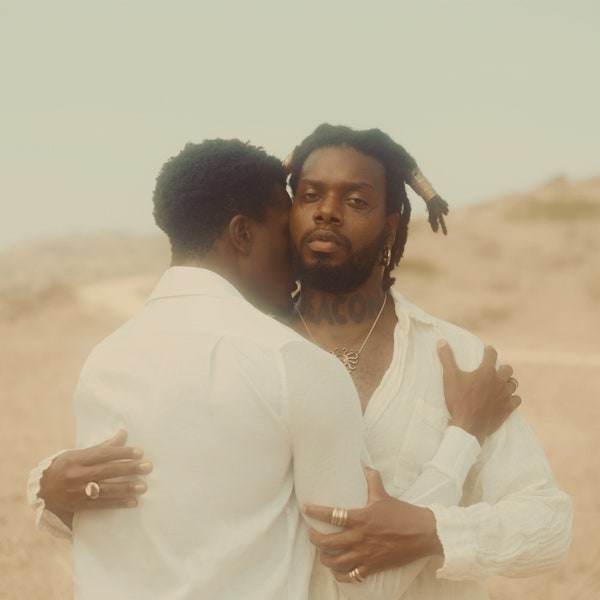 Awash with hazy pop tones and breathless vocals, serpentwithfeet’s latest release DEACON is a taste of springtime in Los Angeles. Light and airy compositions adorn this album, each one rich in lush vocal harmonies and lyrical exploration. The artist behind the pseudonym, Josiah Wise, proclaims his “love for love” on this, his second full-length album release, and the lyrical topics address themes of intimacy, passion, and transcendentalism.

Clearly, Wise has incredible pop sensibilities; his material is extremely light and accessible, and uplifting even when discussing more melancholy subject matter. The intimate vocal delivery heard throughout DEACON is typical of the hip-hop/pop hybrid style, and when dusted with a sprinkling of delay, these vocals could trigger thoughts of basking in the summer sun in somewhere other than a back garden. Chance would be a fine thing.

Now it’s time to be a bit more critical. Nothing on DEACON sounds particularly bad, but it’s certainly not ground-breaking, or even particularly interesting. Although it’s fairly easy to listen to, it doesn’t do a great job at avoiding tonal cliches – the repetitive hook style of song-writing means the songs are easily likened to other artists on mainstream radio. If that’s what you’re into, then fair enough. It’s clearly a good example of pop music, but certainly not groundbreaking. Nothing really happens, you can slap it on in the background and go about your business, no problems. But when you sit down and really listen to this album, you are rewarded with… pretty much nothing. After a while, it gets quite irritating if the pop tones aren’t your thing. The upbeat message behind the music is where the value lies with this album, but it’s a hard aspect to access if you’re deterred by the usual chart-pop textures.

DEACON could be the soundtrack to someone’s summer 2021, and it also might provide a much-needed uplifting sensation for many people with pop-centric music tastes. If you’re not a fan of easy-breezy, uncontroversial pop sounds, this isn’t for you, but if you like the soft hip-hop/pop sound, then give it a go. You might hear something that others don’t. (5/10) (Jacob Kendrew)

Listen to DEACON by serpentwithfeet here via Spotify, and tell us what you think below!