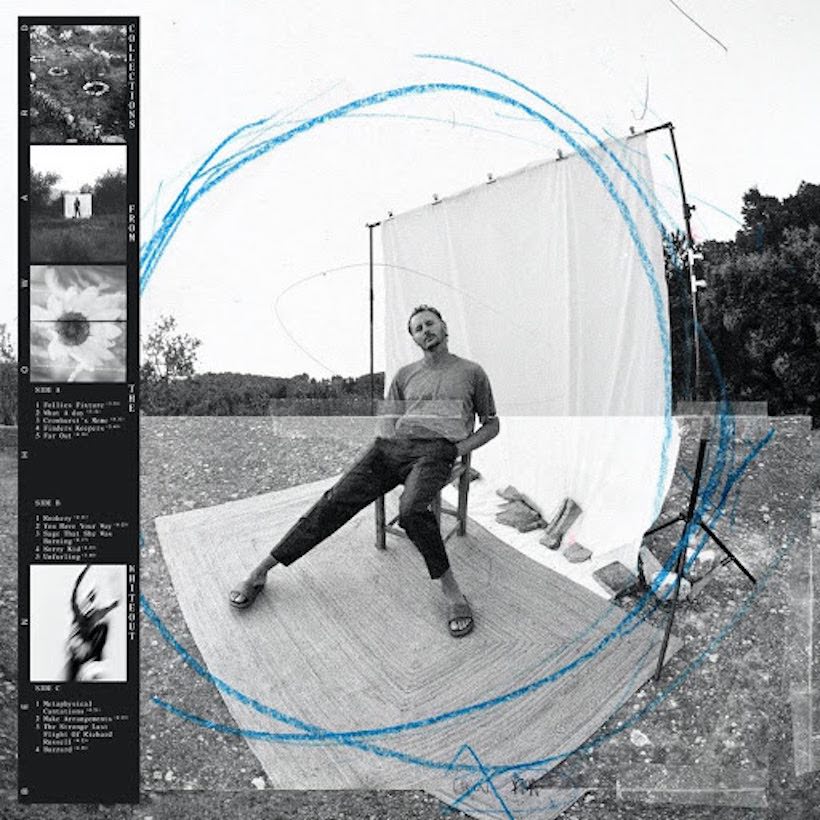 While it houses some real gems in its first half, Ben Howard’s fourth album ‘Collections From The Whiteout’ feels long-winded and occasionally directionless.

It’s been a quiet few years for Ben Howard, his last album Noonday Dream, released not too long ago in 2018, made little impact amongst his devoted fan-base or the wider music scene generally. It relied too heavily on self-indulgent and protracted odysseys that failed to exude the melancholic intrigue of his superb 2014 sophomore LP I Forget Where We Were, and couldn’t recapture the gentle folk-pop of his debut Every Kingdom, that helped launch him into the attention of the mainstream. His fourth album, Collections From The Whiteout is arguably his most diverse release to date and contains stylistic elements of all of his projects up until this point. While it certainly represents a better effort than his dreary 2018 record, Howard is held back from returning to his best form by too many tracks that sound needlessly overcomplicated and often sonically confused.

Collections From The Whiteout boasts an unusually large team of collaborators for Howard. Most prominent of which is The National founder (and, more recently, producer on Taylor Swift’s recent albums) Aaron Dessner, who produced the large majority of the record. Dessner can be credited for the wider range of instrumental contributors as cited by Howard himself; “Aaron’s got such a big phonebook and a lot of great players and so the record ended up being quite a collaborative effort”. Other artists that add to the album include jazz drummer Yussef Dayes, Big Thief’s James Krivchenia and Kate Stables from This Is The Kit.

However, despite all this creative input and collectivity, the fruitful moments for Howard on the album are almost always borne out of simplicity. Singles like ‘What A Day’ and ‘Far Out’ prove this to be true, as while they aren’t quite as melodic and digestible as Howard’s early work, they still represent his aptitude for creating uncomplicated but tender folk music. The former is lighter in terms of tone and atmosphere but still maintains a melancholic feel lyrically as Howard harks back to lost moments in time “Where does all the time go? / Always fearing / Our hands clawing / Up against the light”. ‘Far Out’ meanwhile feels instantly darker with its eerie guitar licks and adjusted vocals, yet central to the success of both tracks is classic combination of grooving guitar and straight-forward drum patterns which Howard engineers his own distinctive mood out of.

Unfortunately, by the middle of Collections From The Whiteout it becomes much easier to find examples of overly complex and muddled instrumental fusions that don’t really work individually or add up to a particularly cohesive whole. ‘Sage That She Was Burning’ And ‘Unfurling’ are the main culprits of this particular flaw. The former suffers from a bizarre industrial sounding beat that persists throughout and jars with Howard’s ghostly vocals and beguiling storytelling, and in many ways represents the album’s tendency towards messily assembled and disjointed ideas. ‘Unfurling’ on the other hand is not a song scuppered by a singular artistic misstep, but instead feels broadly stale and drearily reminiscent of Noonday Dream. These two coupled with earlier track ‘Finders Keepers’, which can only be described as a horribly misjudged and borderline unlistenable interlude, are the lowest points of the record, but they are not alone in the confused manner in which they disappoint.

Even with songs like the beautifully executed acoustic cut ‘Rookery’ and the dreamlike ‘Sorry Kid’ interspersed amongst the middle-part of the record there still isn’t enough to bring Collections From The Whiteout together as something greater than the sum of its varied and inconsistent parts. Elsewhere, another source of frustration comes in form of songs like ‘Crowhurst’s Meme’ and ‘You Have Your Way’ whose core ideas feel as though they have an unrealised potential that is held back by their stunted progression and rather washed-out and bland complexions.

A worrying sign is that the 54-minute runtime of the 14 tracks matches that of Howard’s sublime second album, yet it feels like a much longer slog than that. Consequently, each track of Collections From The Whiteout is on average shorter than the songs on his sophomore release, yet far too many of them feel more bloated and unnecessarily drawn out than the thematically focused efforts of his past work.

Sadly, the final third of the tracklist is far from a saving grace for the album as a whole, and while things do not get noticeably worse, there is a lethargic drift into increasingly forgettable compositions. ‘The Strange Last Flight Of Richard Russell’ for example has a far more spaced-out electronic feel to the production but fails to do anything interesting that really stands out from the rest of the album, in any way other than its divergent instrumental choices. The petering out of the record culminates quite feebly in the final track ‘Buzzard’, which runs at less than a minute in length and sounds far closer to a throwaway interlude than a fitting way to end a body of work.

Ultimately, Collections From The Whiteout does sound far more like a collection of loosely fitting songs rather than an album that tries to cohere, so perhaps to judge it on the same terms as Howard’s previous releases is harsh. Even though it contains some of Howard’s best work in a long time, it also has some serious shortcomings and a number of moments which meander in a confused and almost aimless fashion that let the record down in the main. (5/10) (Joss Lambert)

Listen to Collections From The Whiteout by Ben Howard here via Spotify, and tell us what you think below!