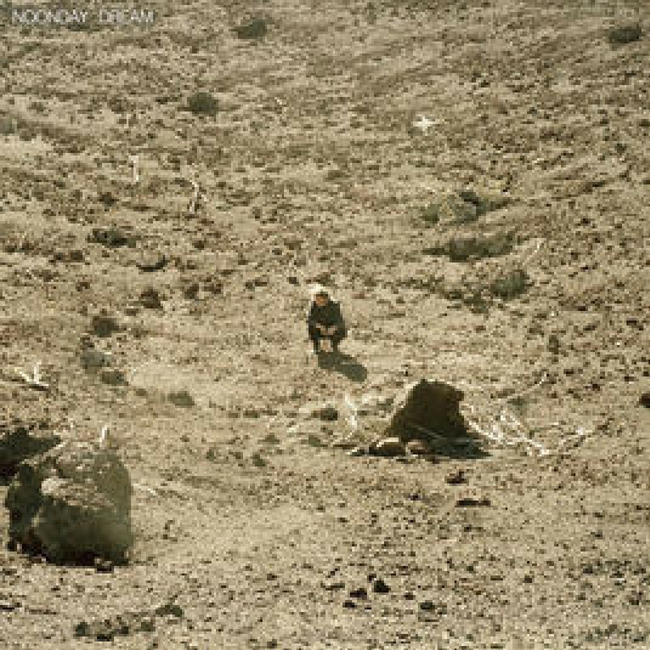 Ben Howard’s third record ‘Noonday Dream’ sees him explore lengthier and ever more sombre songwriting, but it retains the charming and compelling qualities that made him a star many years ago.

A continuation to his dark and emotionally charged second album I Forget Where We Were from 2014, Noonday Dream showcases an equally inward-looking Ben Howard, whose songwriting focus moves even further away from the mainstream. His third effort is an intimate listen and an album which invites the listener for quiet contemplation. The kind of poppy ballads which might have introduced some people to Howard’s music back in 2011 with his double-platinum debut Every Kingdom are not to be found here, but fortunately, there’s much more to look forward to on this album.

Howard’s new record possesses a soothing quality, and it doesn’t take long to appreciate it. An instantly addictive vibe, which is largely created by the calming sound of guitar and melodic vocal lines, grows on you instantaneously. It almost seems like Noonday Dream is scarce of unnecessary accents, or embellishments which could potentially disrupt a perfectly pleasant experience.

The sonic cohesion of the album creates a strange yet refreshing feeling of safety for the listener and allows Howard’s music to find the balance between being adventurous and enjoyable. Noonday Dream opens up with each song, like chapters of a book. Accompanied by the rich instrumentation of his band, Howard tells stories of love and heartbreak, while also dwelling on more metaphysical topics, of life and purpose of being.

After a closer listen to Noonday Dream it’s hard not to notice Howard’s new liking of a darker and more sombre atmosphere, which go hand-in-hand with his weighty lyrical explorations. Although his new record shines with daring and colourful instrumentation, the chilling undertone is the thread keeping the whole record together.

Sometimes more melancholic, on the beautiful single ‘A Boat To An Island On The Wall’, Howard can also be angry and annoyed on tracks such as ‘The Defeat’, singing in discontent about the state of our world: “And the deaths on the highways / From drinking in the casinos / Feel so natural […] Even the greatest, the very very greatest, Gave up, tapped out / Told all you fuckers to lie down, Yet still you found cathedrals of deceit.”

One of the most contemplative songs on Noonday Dream is the album opener ‘Nica Libres At Dusk’. Howard reaches lyrical and metaphorical heights on a song which conveys a mixture of different emotions, such as frustration, regret, or even fear. Howard admitted himself that the song has an open ending, and is a canvas for dreaming and free floating ideas. At the end, it’s hard not to agree with him, while pondering Howard’s reflective words: “While the faithful dispose of a generation / And all of the mountains whisper knowingly / I order a Colada and sit, count my dollars / And watch eagles soar in circles, perpetually.”

Noonday Dream is hardly a happy album, or a record which could give anyone a kick, but Ben Howard has nevertheless managed to mold it into a musical adventure, rather than a tiresome duty of a listen. The sound is surprisingly fresh and shows that, even though Howard can seem quite self-indulgent at times, he doesn’t lose the sharpness that has always made his music enjoyable and capable of growth at the same time. (7/10) (Alicja Rutkowska)

Listen to Noonday Dream by Ben Howard here via Spotify, and tell us what you think below!