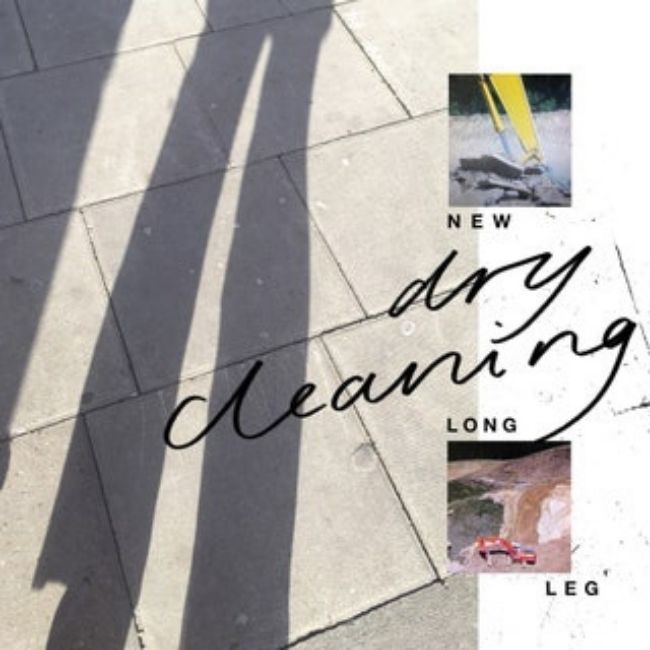 There’s something hypnotic about Dry Cleaning. It’s most likely their vocalist Florence Shaw, who often chooses to use spoken word vocal delivery as opposed to singing, and it works… well, utterly perfectly. Her manner falls somewhere between Lily Allen and Sleaford Mods, but holds a unique post-punk, noise rock edge not dissimilar to IDLES. Her backing band, too, are mesmerising, with gentle basslines forming a continuous beat and contrasting with wavy electric guitars.

Oddly enough, if there’s one word that I can think of to describe Dry Cleaning, it’s quiet. Not because the production is quiet, but Shaw’s vocals are often close to whispering. Even though so much of what she is saying is bizarre, artful, and odd imagery (“I’ve been thinking about eating that hot dog for hours”), it feels so intensely personal. As a listener, it’s more than likely required to check out this album on headphones, as to not miss anything that is going on.

New Long Leg is Dry Cleaning’s debut, following a brace of compelling EPs back in 2019. Florence Shaw, before helping to form the band, was a visual artist, who joined them only if she could speak the vocals instead of singing. This works so much in the band’s favour. Shaw’s breathy vocals on title track ‘New Long Leg’ elongates the words “you are”, to the point where it feels like it’s crawling under your skin, as a guitar softly sings in the background.

In fact, it’s hard to talk about Dry Cleaning without mentioning Shaw. The instrumentals to each track form a basic structure: guitar riff, drums, bass, shaw’s vocals, and although there are occasional switch ups (and a pretty rocking guitar solo on ‘Her Hippo’), it’s mostly Shaw’s show. And what a show it is. On this album, Shaw cements herself as one of the most interesting vocalists in England, and her lyric writing is deliciously addictive.

In terms of instrumental, it’s clear that the band prefer to take backstage, as Shaw is the real driving force of the band. ‘More Big Birds’ features some unique rhythms on both bass and drums, and creates a beautiful stop start pacing to the track (it also again features a nice, but short, guitar solo). The production is clean, which works in the band’s favour. ‘More Big Birds’ also carefully crafts in some piano towards the end, with Shaw gently humming over it.

The last track is by far the longest, and features a gorgeous airy guitar soundscape in the background. It feels like it’s slowly building up to a crescendo, both instrumentally and through its lyrics, with imagery of motorways, alongside an almost sarcastic description of the listener being an “individual cream bun”, before the track completely breaks down into pitched up guitars and whining high pitched guitars. The tension builds higher and higher, until the audience has almost no room to breathe and then it decides to fade away… until Shaw, and the rest of the band, roar back in. It caps off an extraordinary experience.

In terms of post-punk, New Long Leg feels so incredibly essential, and as for a debut album, it absolutely slays. The instrumentals may not be the most exciting, but Shaw provides one of the most incredible vocal performances that has been heard in post-punk for a long, long time. What a fantastic album. (8/10) (Harrison Kirby)

Listen to New Long Leg by Dry Cleaning here via Spotify, and tell us what you think below!