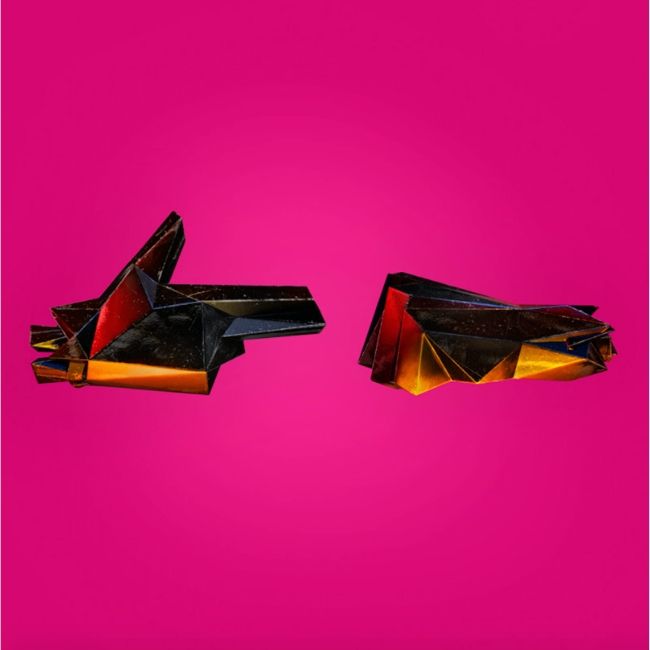 Arriving at a point of revolution and upheaval, ‘RTJ4’ transforms Run The Jewels from rowdy rascals to spiritual soldiers.

The role of the defiant anti-hero is something often romanticised in pop culture. Grizzled, unpolished and polarising in nature, those who take up these mantles often give voice to the underrepresented, oppressed and forgotten sections of society that are often swept aside by the regular functioning of power structures. Within the complex political climates that have emerged over the past few years, a period condemned and widely criticised for its institutional corruption, the voices of outliers, misfits and anarchists have increasingly resonated with marginalised populaces that are defied representation by the music industry’s gatekeepers. As the most influential force in music today, hip-hop has become a beacon of moral virtuousness and sanctity against the perverse systems provided to us. Two of the loudest voices within this current landscape have come via duo Run The Jewels.

They weren’t exactly unknown entities in the music world, even when they emerged and ascended quickly to prominence. Comprised of Killer Mike, an Atlanta veteran who’s graced OutKast songs, strongly advocated for Bernie Sanders and become a notable community figure, and EL-P, a legendary alternative rap icon whose early Noughties record label, Definitive Jux, ushered in artists like Aesop Rock, Murs and Mr. Lif, RTJ’s CV is as impeccable as it is unusual.

Having plastered themselves all over the previous half-decade with their distinctive, hard-hitting sonic aesthetic and boisterous rap styles, the duo have established themselves as contemporary mainstays with a slew of critically applauded self-titled albums. RTJ4 continues this trend and presents an updated version of their institutional defiance in a time of political revolution and societal upheaval.

With a call-to-arms that would compel anyone to march into the depths of battle, the duo waste little time on RTJ4 wreaking havoc on capitalistic fragility as yuppies and hypebeasts alike are brushed aside and relieved of their precious Supreme on ‘Holy Calamafuck’. The track then takes an introspective turn, marked by the introduction of bass that seems set to penetrate your very being, as both MCs dwell on the trauma in their lives that has emboldened their spirit and allowed them to reap the rewards they do. The group have every right to rebel, but what’ve been the costs?

Killer Mike and EL-P are artists that revel in the absurdity of their comedic tropes but their ability to intertwine potent social critiques and personal plights on songs like ‘A Few Words For The Firing Squad’, an apt finale that combines ascending chords and hopeful saxophone melodies, they’re very much allowed to. From Mike speaking about being on a plane while his mother goes to another plane, to EL-P feeling cornered like a fox, the dualities presented exemplify the need to oppose the system and in turn also give gravitas to the heroic conviction in their cadences.

These social critiques also manifest in full glory on the Pharrell and Zack De La Rocha-assisted, ‘JU$T’ where the former mixes his usual funky swagger with thoughtful rhetoric (“look at all these slave masters posing on your dollar”) and the latter employs his trademark riotous vocals to command uproar within the listeners. Over low-riding but lairy bass, Killer Mike and El-P flesh out the song with poignant highlighting of how you must first succumb to oppressive notions to go above them creating a warped anthem of reclamation in the process.

With social critique comes social action. The duo aren’t voyeuristic in their social views but very much active. On ‘Ooh La La’, the hook sampled from a Gang Starr song featuring Greg Nice, vivid narratives soaked in anarchist tendencies (“when we talk, we Kalashnikov”) are prophesied over lopsided chords reminiscent of an unnerving fairground ride. In allowing their colourful personalities to shine through on RTJ4 we’re given further insight into the dangers and chaos present in their lives despite its grandeur. Closed out by DJ Premier’s slick scratching, the track acts as a strong highlight on the album. These revolutionary tones are also echoed in ‘Walking In The Snow’, a song that reunites them with past collaborator Gangsta Boo, where they detail the hardships of the paths that have prevented them becoming yes men and have allowed them to become rebels and disruptors. Over dread-inducing brass bleats and skittering percussion, the hook feels like more than a brag.

Throughout their discography, Run The Jewels have transformed from rowdy rascals to spiritual soldiers without compromising any of the traits that have garnered them critical acclaim. In a time where uplifting yourself against immoral systems and unjust actions is more critical than ever, RTJ4 is a more than satisfying installment in their series and certainly one of the most important listens of the year. With a formula this strong we can only expect another decade of defiance from the duo. (8/10) (Daniel Antunes)

Listen to RTJ4 by Run The Jewels here via Spotify, and tell us what you think below!