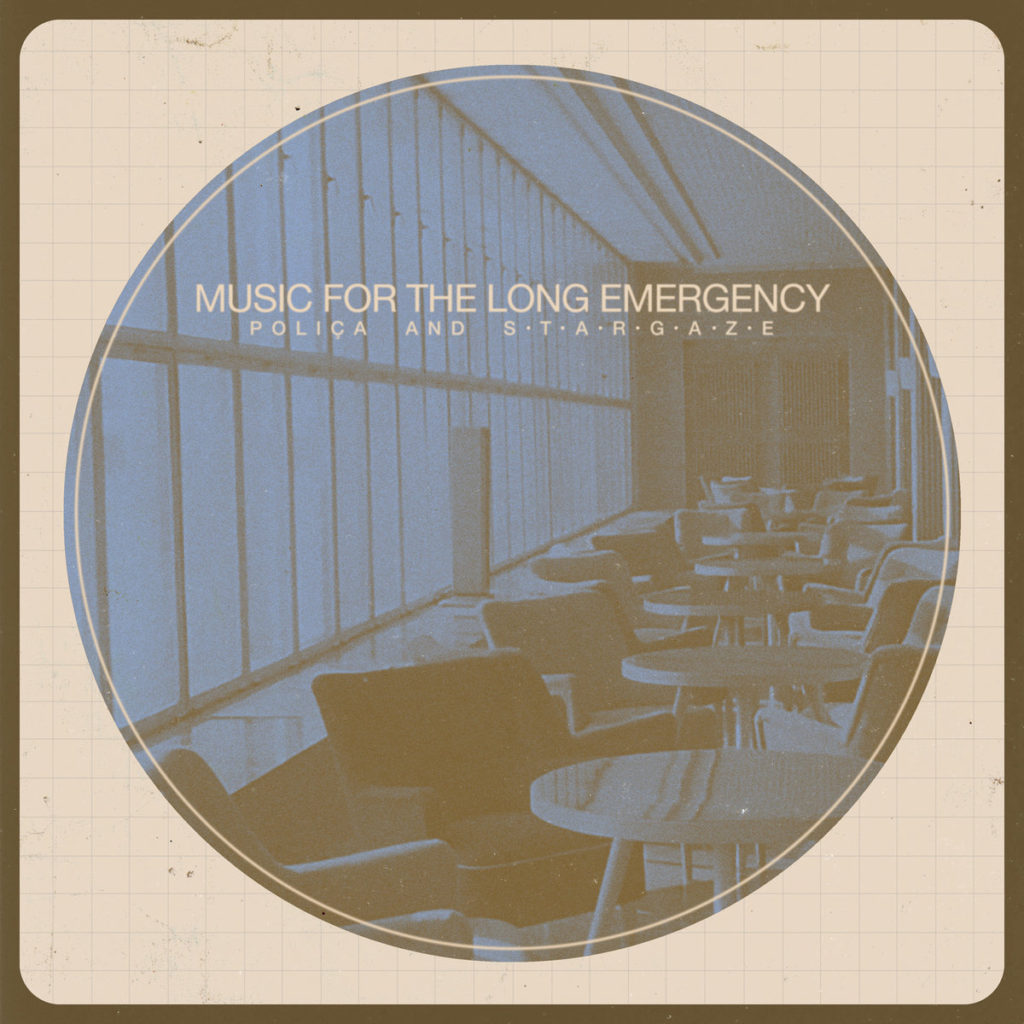 If you have followed Poliça on their discography thus far then this is yet another interesting addition. However, ‘Music For The Long Emergency’ fails as frequently as it succeeds, leaving those unfamiliar to the Minneapolis band’s work little reason to listen now.

A lot can be said for an act prepared to break the mould and go in their own direction. Minneapolis natives Poliça have always had a knack for reinventing themselves at the smallest hint of becoming stale and the results have generally been interesting, if not always consistent in their quality. Their debut album, 2012’s Give You The Ghost, was a mystically dark blend of electronica at a time when acts like Purity Ring were beginning to emerge as elite innovators in the dark electro sound. While following records have taken detours into the likes of post-rock and even attempts at conquering the dancefloor, it has been an intriguing journey following the five-piece.

That intrigue leads us to Music For The Long Emergency, a timely collaboration following on from 2016’s United Crushers in taking aim at the American political scene. However, the reinvention (because there has to be one) on their fourth LP comes from the collaboration with Berlin contemporary orchestra s t a r g a z e – the results, again, are frustrating.

Much like their previous efforts, this is a record with plenty of untapped potential which again fails to captivate throughout its 37-minutes consistently. Tracks like ‘Cursed’ could be used as summations for Poliça’s entire discography; brilliant in its frantic drum and bass, with the vexatious strings providing a wonderful extra layer evoking the likes of Crystal Castles. But the track falls down through the perplexingly distorted vocal effects, with the baffling collaboration with fellow Minneapolis rapper Crescent Moon adding nothing.

That notion of tracks doing nothing applies to much of Music For The Long Emergency, with much of the first quarter of the record passing by without much impact. ‘Fake Like’s quaint sound does little to grab the listener, while ‘Speaking Of Ghost’ is an empty four-minutes in the tracklisting.

While, much of the record does spend time trying to find its feet, when it does find firm ground the results are magnificent, namely with the two closing epics. ‘How Is This Happening’ sounds like Vulnicura-era Bjork, with a scintillating vocal performance from Channy Leaneagh in the first half of the track’s 10 minutes, morphing into a dissonant and complex instrumental piece highlighting the potential of the collaboration.

The closing title track adds more credence to Music For The Long Emergency. The track’s main asset is its freeing sound – the tracks tonal differences from beginning to end show that when the groups do take their time to experiment and let their ideas formulate they work. The change in dynamics from the hushed intro, to the beckoning call of Leaneagh in the middle, before the track distorts into the distance, with the record leaving an unfulfilling hint of what could have been.

READ MORE: Belle & Sebastian // How To Solve Our Human Problems

If you have followed Poliça on their discography thus far then this is yet another interesting addition. However, Music For The Long Emergency fails as frequently as it succeeds, leaving those unfamiliar to the Minneapolis band’s work little reason to listen now. There is yet to be an emergency in the sound of Poliça, but there could well be yet; there’s only so many times people will listen for the potential of what could be. (4/10) (John Tindale)

Listen to Music For The Long Emergency by Poliça & s t a r g a z e here via Spotify, and tell us what you think below!