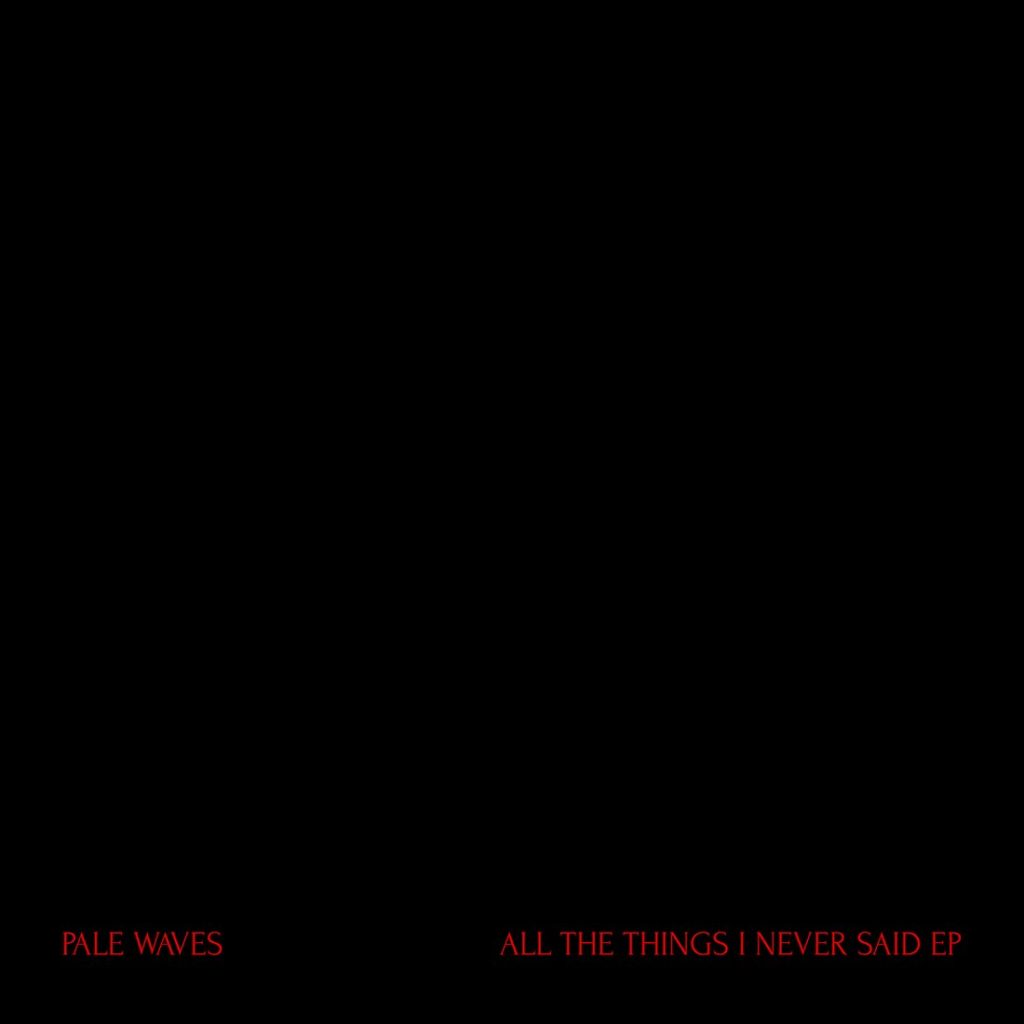 Although it’s taken a while to arrive, ‘All The Things I Never Said’ is a promising starting point for Pale Waves that leaves a lasting first impression.

There’s seemingly no end to this revival of indie pop/rock that has grown exponentially over the last few years in the music industry. It particularly thrived in 2017 when acts like Sundara Karma, Meadowlark and The Sherlocks experienced success with solid indie debut albums, which all allowed room for potential experimentation which could lead to even better sophomore albums, directing the genre into undiscovered musical territories.

Finishing fifth on the BBC’s Sound of 2018 list and originating from Manchester, Pale Waves have released their new four-track EP, with the very indie-esque title, All The Things I Never Said. Like a lot of their indie counterparts, the instrumentation coalesces around heightened reverb and emotional choruses coupled with lyricism relating to modern existentialism. Pale Waves describe their music, according to the BBC website, as “Nineties inspired indie-pop feels, drenched in reverb and guitar” which could also be attributed somewhat to groups like The 1975 and JAWS who are comparable to the artist in question.

The opening track ‘New Year’s Eve’ begins with a firm bassline from Charlie Wood and intertwining starry atmospherics. Lead vocalist Heather Baron-Gracie’s vocals are powerful yet effortless in their delivery which is ideal for indie projects like this. In addition, Gracie’s vocal delivery is also key to churning out lyrics like “I don’t wanna be alone on New Year’s Eve / Do you even wanna be with me?”

‘The Tide’ gallantly proceeds onwards with a dynamic pop modus similar to Cyndi Lauper’s hegemonic single ‘Girls Just Want To Have Fun’. But Pale Waves add a quasi-despondent flavour to match the image of the female members in particular, who wear eye-shadow and unkempt clothing. ‘My Obsession’ is the slowest track on the album but this allows the listener to ensconce themselves in the messages. “You’re such a mess but you’re always beautiful to me” recognises the vitality of allowing for human error when in a relationship – basically, no one is perfect. “Your eyes, so frail, burdened with sadness / Such a pure heart lost in the madness” emphasises the love and cherishment that Gracie has for her partner in this song, especially when they are at their most vulnerable.

However, the best track by far is the closer ‘Heavenly’ mostly due to it having the catchiest chorus (“We can dance forever and pretend / I wanna, I wanna stay till the end”). Additionally, the flow of the song is superior to the previous tracks thanks predominantly to Wood’s bass providing the necessary drive. The tempo shift from the verse to the pre-chorus helps to suspend the listener’s anticipation for the catchy chorus mentioned with great avail. Although it’s taken a while to arrive, All The Things I Never Said is a promising starting point for Pale Waves that leaves a lasting first impression for what will surely be an imminent debut album. (8/10) (Harry Beynon)

Listen to All The Things I Never Said EP by Pale Waves here via Spotify, and tell us what you think below!