REVIEW: Belle & Sebastian – ‘How To Solve Our Human Problems’ (Matador) 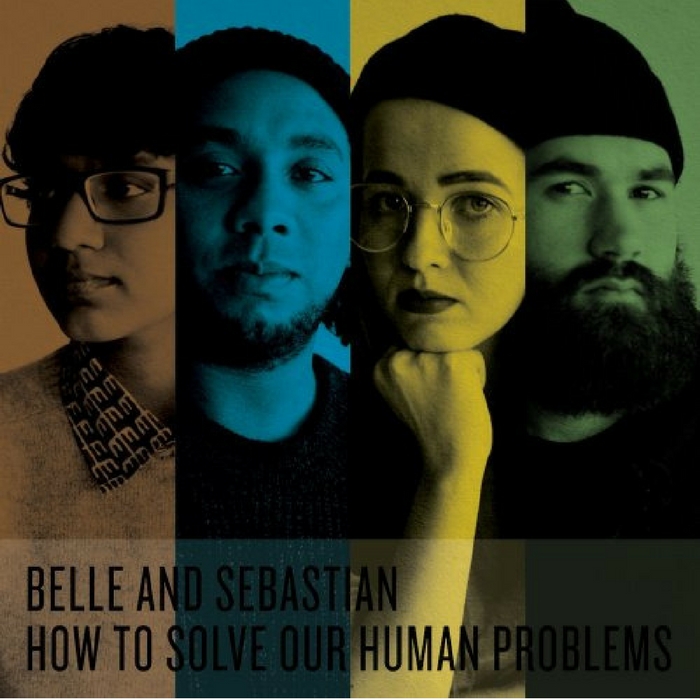 Explicitly referencing their own past with a new trilogy of EPs, all titled ‘How To Solve Our Human Problems’, Belle & Sebastian are in brilliant creative form.

Despite the technological revolutions over half a century of recorded music history that have threatened to render it obsolete, the humble EP format has proved remarkably resilient. A much smaller canvas than a full-length album, the opportunity to release a stand-alone collection of just a handful of songs often throws up some of the most interesting moments of a band’s career. This was certainly true for Belle & Sebastian, who, immediately following their shoe-string-budget 1996 albums Tigermilk and If You’re Feeling Sinister, continued their rapid ascent to stardom the following year with the release of three EPs from May to October 1997 (Dog On Wheels, Lazy Line Painter Jane and 3.. 6.. 9.. Seconds Of Light, which were all collected on the 2006 compilation Push Barman To Open Old Wounds).

A significant part of the appeal that made Belle & Sebastian so critically lauded at the turn of the millennium was down to those EPs. Their retro indie aesthetic of bookishness and shyness was appropriately packaged on what was itself an arcane format in the context of the brashness of Britpop – the message matched with the medium.

Their announcement last year of the release of a new series of three EPs, titled How To Solve Our Human Problems, was therefore an explicit nod to their own foundational myth. Recording only sporadically over the last decade, recent Belle & Sebastian albums haven’t exactly represented a creative impasse per se, but there’s been a sense that the essential template has been unchanged for a very long time, ever since they switched from the awkward-indie-kid thing to the bolder, brighter pop melodies that they have favoured ever since 2003’s Dear Catastrophe Waitress.

Happily, the effect of revisiting the EP format has been to give fresh impetus Stuart Murdoch’s creativity, freeing him and his band from the demands of having to put together ten musically and thematically coherent songs at the same time, instead allowing the band to record three sets of five tracks. The 15 songs that make up this series collectively constitute the most varied, interesting and attractive body of work that Belle & Sebastian have released in many years.

From the opening bars of the sophisticated, vaguely disco-inflected chamber-pop of ‘Sweet Dew Lee’, in which Stuart Murdoch sings “reconcile yourself to knowing” in a tone that sets up a collection of songs that are loosely around themes of wisdom and ageing, the listener is offered many different variations of the kind of great music that Belle & Sebastian are capable of. The flighty breakbeats of ‘We Were Beautiful’ are reminiscent of Peter Bjorn & John’s indie-pop nugget ‘Young Folks’; the stunning oboe decorations of recent single ‘I’ll Be Your Pilot’, about Murdoch’s young son, make it one of their finest moments ever.

It’s best to understand How To Solve Our Human Problems as a spectrum: on the whimsical side of things, territory familiar to long-term Belle & Sebastian fans, there’s the bittersweet autumnal balladry ‘Fickle Season’ (beautifully sung by Sarah Martin), the rambling folk of ‘There Is An Everlasting Song’ and the blackly humorous ‘A Plague On Other Boys’. At the more unusual end of the spectrum, which we might broadly characterise as the sound of the band pushing the boat out a bit more, there’s the dissonant anxiety of ‘Cornflakes’, the strutting funk of ‘Show Me The Sun’ that addresses faith and cynicism, and the almost Chic-esque new single ‘Poor Boy’.

Remarkably, aside from a slightly unnecessary inclusion of an instrumental version of ‘Everything Is Now’, there’s absolutely no excess baggage over the course of the three EPs and well over an hour of music. Now in the third decade of their career, Belle & Sebastian sound as inventive as at any point in their past, and the three How To Solve Our Human Problems EPs are proof that their creative well is a very long way from drying up, and a marker to which a good 90% of British indie acts ought to be aspiring. (8/10) (Ed Biggs)

Listen to How To Solve Our Human Problems EPs 1, 2 and 3 by Belle & Sebastian here via Spotify, and tell us what you think below!