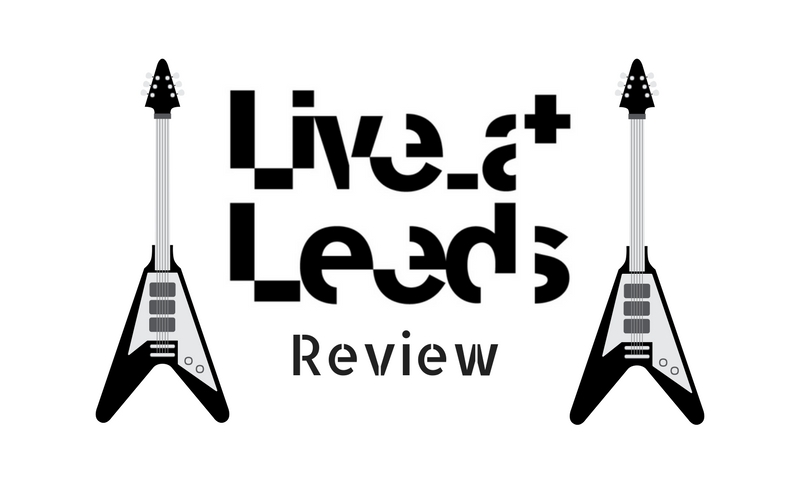 Live At Leeds has grown massively since its inception in 2007. Back then, it was a modest showcase of upcoming talent from the city and Yorkshire in general. More than a decade later, it’s well over ten times the size and an established, well-loved street festival with certainly the friendliest reputation in the country. It’s kind of like Camden Crawl used to be before that folded, but not outrageously expensive and with better bands and fewer hipsters.

Although we were at one point stopped by a Nickelback fan asking for directions to the First Direct Arena, the populace of Leeds displayed its collective good taste by turning out in their droves on Bank Holiday Saturday, amid stunningly gorgeous weather, to spread themselves over nearly two-dozen venues – ranging from the tiny Oporto to the prestigious O2 Academy – to watch over 200 artists.

As veterans of previous Live At Leeds editions going back to 2013, it seemed at first glance that 2018 was much more specifically indie-focussed than before. There were no tentpole pop acts this time around, with the first few lines of the bill taken up exclusively by guitar-wielders like Circa Waves, Peace, The Horrors and The Vaccines. But what might have been sacrificed in terms of breadth has led to a boost in depth – Live At Leeds 2018 boasts an impressive number of the best indie acts around, both from Britain and abroad.

Indeed, Live At Leeds now has substantial international pull. Amid the highlights from foreign shores included Ontario’s Partner, full of serious guitar shredding and charming quirkiness that came across like Tegan And Sara drugged up on whatever early Weezer was taking. The much-touted Portland singer-songwriter Haley Heynderickx was also excellent, reminiscent of Lianne La Havas and Angel Olsen. Following their wonderful debut album, Superorganism continue to deliver on the hype of the last 12 months, their short but sweet afternoon set a bombardment of sound and vision, and Australian newcomers Hockey Dad made a great impression for their first-ever gig in Leeds. Fremantle’s Stella Donnelly also delivered an intimate set at the Brudenell Social Club, the crown-jewel venue of the city’s independent scene. Delicate singalongs like the jaw-dropping ‘Boys Will Be Boys’ left more than a few audience members in tears when the lights went up. 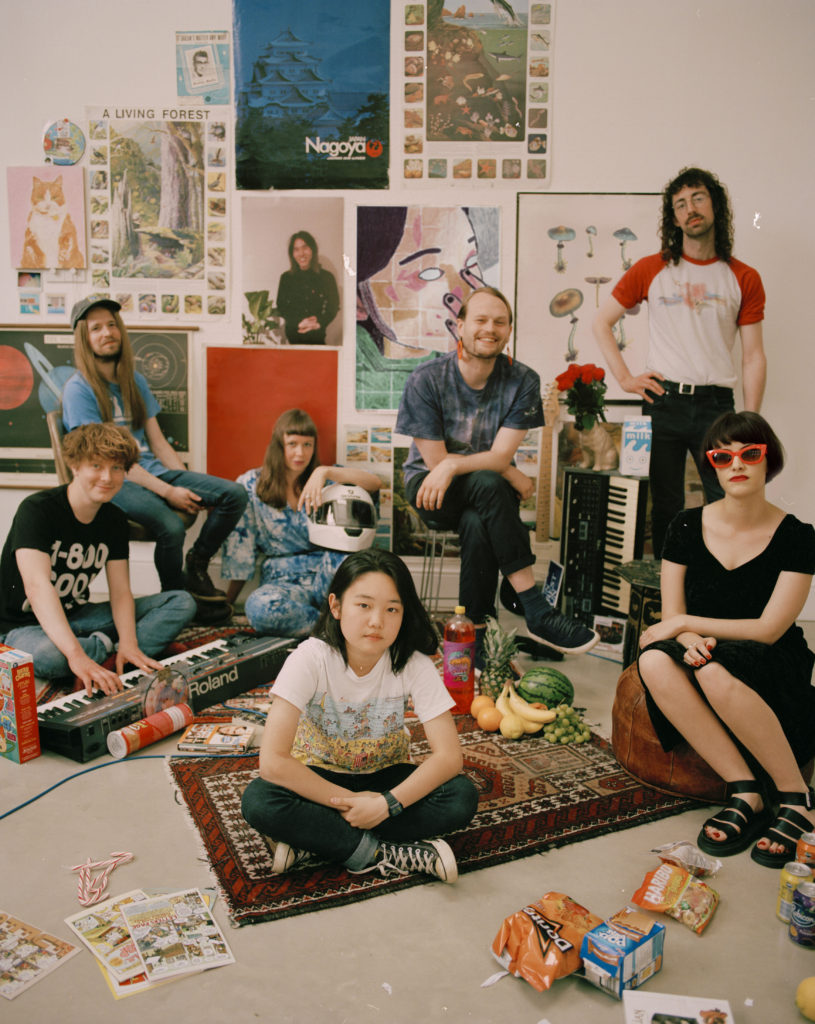 Superorganism were a psychedelic highlight

As for local and British talent, Far Caspian were a choice early catch, their infectious and danceable pop-rock melodies fitting the relaxed surroundings of the Trinity Church perfectly. Newcastle’s Demob Happy was announced as a surprise set, delivered slap-bang in the middle of Leeds’ busiest shopping promenade Briggate, of all places. Their Queens Of The Stone Age-grunge stylings met Beatles-y hooks and seemed to leave passers-by impressed in the insane afternoon heat. Leeds-based Fizzy Blood tore The Key Club apart with a set of testosterone-fuelled yet intelligent garage-rock.

The miserable disco of The Howl And The Hum is a low-key treat, and London singer Abi Ocia showed why the press has been all over her, with a set of worshipful R&B in what is, unbelievably, her first ever gig. London-based producer Michael Aston, going under the name KNIGHTSTOWN, gave an incredibly tasteful set of sad electronica for people who cry at nightclubs. Bath’s Bad Sounds fall into a kind of ‘uncategorisable’ category, the Merrett brothers performing a set of earworms about getting high, being awkward and other shenanigans.

With a new album Islands set for release within the fortnight, pop-punk former chart-slayers Ash delivered a delightful hour-long set strewn with discography highlights and choice new cuts for their first gig of 2018. With glistening classics like ‘Girl From Mars’ and ‘Shining Light’ up their sleeves, our editor was briefly transported back to his teenage years.

Leeds’ own Pulled Apart By Horses are such a reliable draw by now that it almost doesn’t need repeating, and though they’re marking their tenth anniversary, they’re as energetic and riotous as ever. What does clearly need repeating is that British indie veterans British Sea Power, whose gig at Leeds Beckett Student Union was criminally underpopulated, are one of this country’s minor national treasures. Those who bothered were treated to mesmeric wig-outs and hard-edged belters from their back catalogue, as well as highlights from last year’s Let The Dancers Inherit The Party. Oh, and the dancing bears in the moshpit. All bands should have dancing mascots.

Our last engagement of the night was with Nadine Shah at Trinity Church. With her rich and soulful vocals, ebullient natural charisma and dazzling post-punk-influenced songs, it really shouldn’t have taken her three albums to break out to wider acknowledgment, but last year’s Holiday Destination was truly exceptional and her exposure is well-deserved.

And so ended another terrific edition of Live At Leeds, a highly valuable showcase for global talent as well as for the city’s passionate independent scene. Given the huge turnout in 2018, it’ll be going for many years to come.