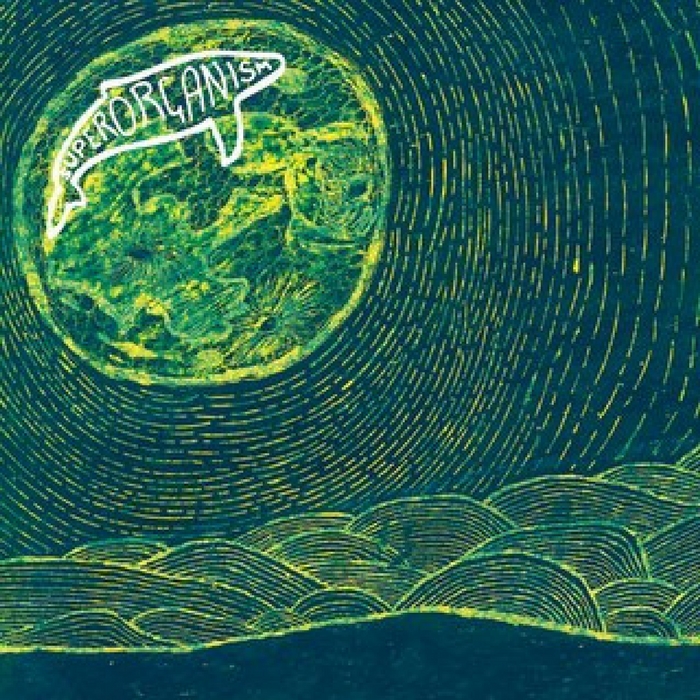 One of the most hyped-up debut albums of 2018, ‘Superorganism’ doesn’t fail to please, although the eight-piece group don’t really show us anything we didn’t already already know about them.

“Have you ever woke up from a daydream and realised the whole world’s gone crazy?” sings Orono Noguchi on ‘The Prawn Song’, a line that acts as a fair summary of what it feels like to listen to the much-hyped self-titled debut album from Superorganism.

Every tune on Superorganism feels so familiar, but so unexplainably strange at the same time. Lead single ‘Something For Your M.I.N.D.’, like many songs on this album, is impossibly catchy – you will have some of these little melodies shooting around your head for days after one listen – but the overwhelmingly psychedelic production really puts Superorganism in a different league. It is so rare for a band to come along who sound completely unlike anything else around at the moment, yet comparisons to any other artists are few and far between. Sure, you can hear elements of St. Vincent’s is-it-a-guitar-is-it-a-synth riffs, Pavement’s queasy surrealism, and the sweet naivety of The Magnetic Fields in Noguchi’s deadpan lyrics. However, their sound is completely fresh, entirely their own, and as eclectic as their collective backgrounds.

Currently an eight-piece, Superorganism hail from such exotic corners of the globe as Maine, Japan, Australia, and Burnley in Lancashire. Early songs like ‘Something For Your M.I.N.D.’ were recorded into vocalist Noguchi’s MacBook microphone in Maine, whilst the rest of the band worked in the East London house and studio where they now all live. The Jackson Pollock explosion of colours on Superorganism and the use of material from a world of different sources mirrors this geographic universality. There’s fat synths, wobbly surf guitars, spoken word samples and effortless singing, yet Superorganism don’t sound distinctly “American”, or “British”, or any other nationality for that matter. The globalisation and borderless identity that can be achieved in modern music through sampling and SoundCloud seems to be the band’s conceptual anchor.

The production on Superorganism is intricate down to the smallest detail. Imitation vinyl noise crackles away beneath each song, so clearly fake, as though acknowledging the fact that modern pop is obsessed with its own past. Snippets of pitch-shifted speech samples interweave with Noguchi’s vocals in a collage-like mish-mash. Whole sections of songs like ‘Everybody Wants To Be Famous’ are chopped and screwed, taking cues from vapourwave, and put to wonderfully disorientating effect. This is truly bedroom pop for the Logik-Pro generation, a postmodern digital rendering of R. Stevie Moore’s home demos. However, whilst the likes of Moore revelled in the lo-fi quality of cassette tape recording, Superorganism inhabit a world where an entire professional studio can exist within a 14-inch screen, and where band members can live on opposite sides of the globe and still contribute to an album.

However, like many of the most original-sounding bands throughout history, Superorganism are something of a one-trick pony. Whilst the band is just as comfortable with softer, melancholy moods like ‘Reflections On The Screen’ as they are with breezy earworms like ‘The Prawn Song’, the quirkiness can begin to sound a little formulaic over the album’s 33-minute duration. Also, it comes as a small disappointment to find that the album’s real standout tracks, like ‘Everybody Wants To Be Famous’ and ‘Nobody Cares’, have already been released as singles some months ago. There’s little development on the sound that early followers of Superorganism have come to expect.

Superorganism is a solid debut with some fantastic songs you’ll want to play on repeat all day. It just leaves one wondering: where can they possibly go from here? (7/10) (Louis Marlow)