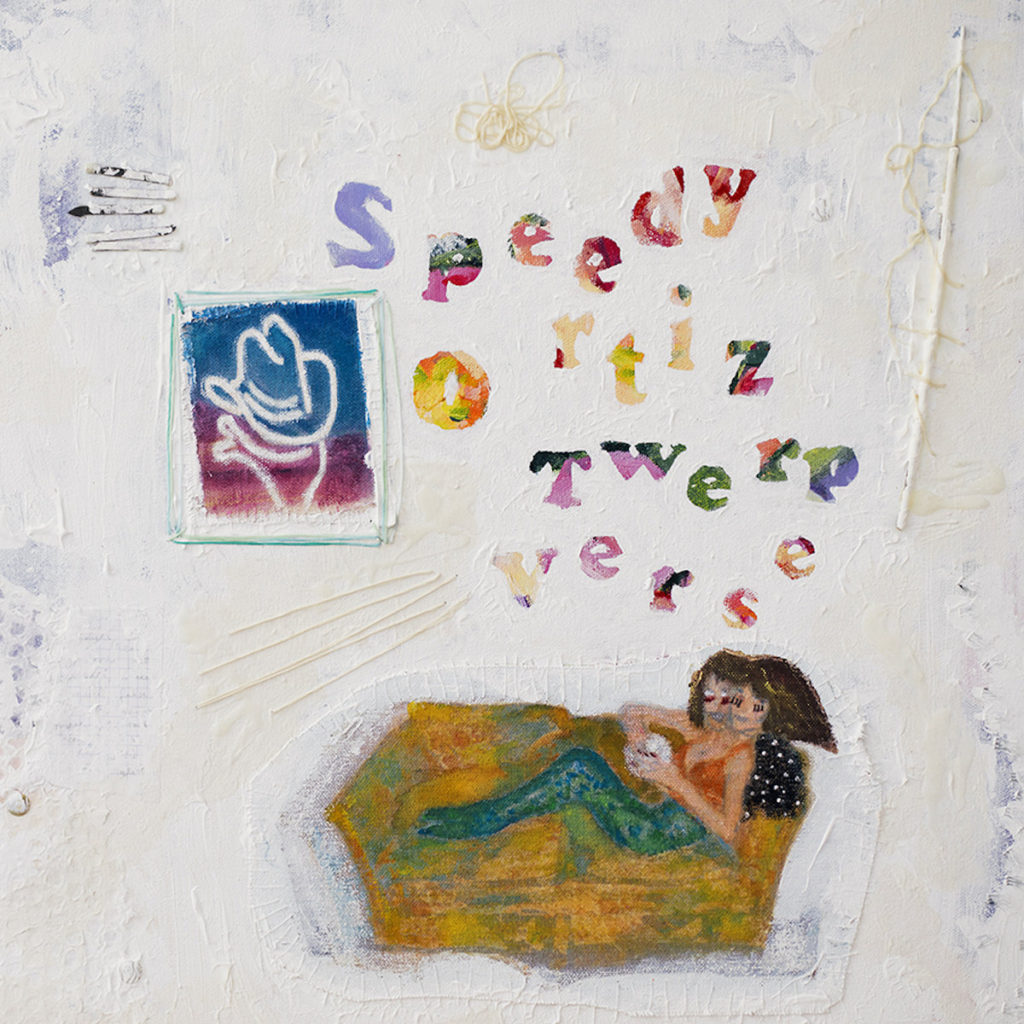 Despite a handful of awesome moments, Speedy Ortiz’s third album ‘Twerp Verse’ is strangely lethargic, and feels like it ran out of ideas early in the process.

It has been quite the journey for Speedy Ortiz. Formed in Massachusetts, the four-piece have constantly trodden the line of accessible grunge-meets-pop with dazzling affect. 2013’s debut record Major Arcana was a wonderful introduction to the world, bursting with energy and intelligence, while sophomore effort Foil Deer revealed a more contemplative side to the band with powerful lyrics and contrasting textures. Sadie Dupuis, rightly, began reaping rewards and was hailed as one of the country’s finest indie songwriters. Which is why the terribly-titled Twerp Verse is so disappointing.

This is a record with little to say, despite its best efforts. Written and recorded in the context of a Trump administration which continues to baffle the masses, there was a lot of potential socio-political commentary for the group to sink their teeth into. Unfortunately, statement-making comes at a premium as we get a rehash of what we have been told for the last year by so many before.

Lead single ‘Lucky 88’ is a prime example of what is wrong with Twerp Verse. Lyrics about “being lost, but now I’m floundered” are as banal as the instrumentation which supplements it. Elsewhere, we get stale love songs in the shape of ‘Moving In’. However, the record’s most obvious transgression is the vanilla ‘Villain’, a tranquil effort with grinding guitars and lethargic vocals. A strange choice for the record’s second single, it brings an end to any momentum the record had built up.

But Twerp Verse is not a complete failure. Opening track ‘Buck Me Off’ is a fuzzy haze of well-pointed indie-rock which gives album number three a rousing start. The balance between the rawness of Sadie Dupuis’ voice and the aggressive melody lines is a delight. We also have the excellent one-two of ‘Sport Death’ and ‘Alone With Girls’. The former’s Breeders-like tones work well with the pop aesthetic the track creates. Dupuis’ vocal performance is nowhere near perfect, but that adds to the charm of the track. The latter is a riff-heavy banger which creates a glorious mess to work with. Final track ‘You Hate The Title’ is the best album closer the band have done. The shoegaze textures intertwine with lighter percussion and vocals, ending the record on a high and offering hope for album four.

Ultimately, Twerp Verse feels like it ran out of ideas early in the process. There are just as many hits as there are misses and, while there is hope for the future of Speedy Ortiz, this is a notable detour in a stellar discography up to this point. In trying to make a wider statement about US politics, the band have made a concerning statement of where they are in 2018. (4/10) (John Tindale)

Listen to Twerp Verse by Speedy Ortiz here via Spotify, and tell us what you think below!