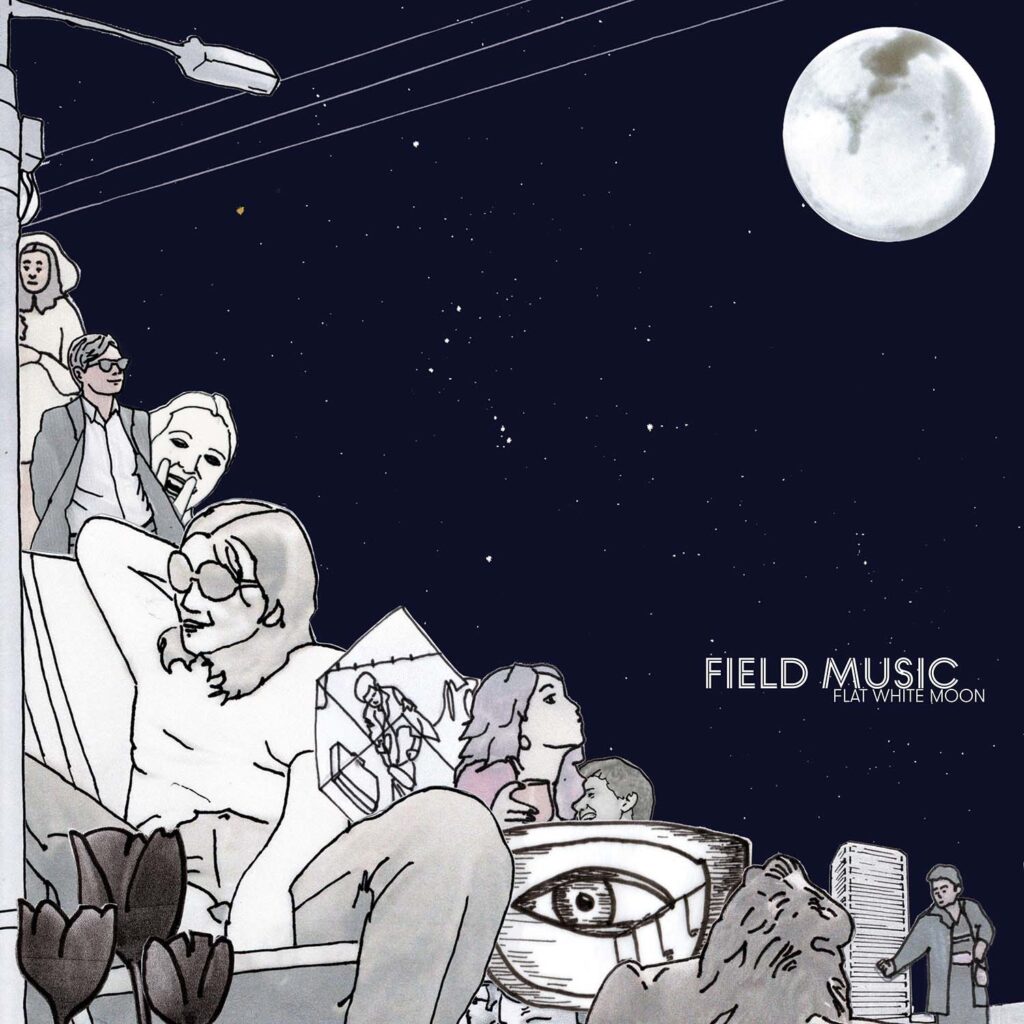 On ‘Flat White Moon’, the Brewis brothers smooth out some of their sharper edges, but they don’t lose too much of their intelligence or personality in the process.

It’s not often that a band with a firm cult following can successfully reverse or play around with its USP, that crucial element that separates them from artists in the minds of their fans. However, in the case of Sunderland-based indie veterans Field Music and their eighth studio album Flat White Moon, not only have they done so, but they’ve reformulated their art to the extent that it ought to earn them a much greater following than the comparatively modest audience the Brewis brothers have accumulated over their 15-year history. Characterised by more open rhythmical landscapes than the dense, post-punk inspired clouds of their previous work, it scans as a retreat to more musically well-trodden territory, but doesn’t feel like a dilution or a dumbing-down.

The new, less frantic sense of arrangement is immediately noticeable from opener ‘Orion From The Street’. The math-rock drums and fidgety, needling guitars have not disappeared, but merely smoothed out and slowed down. Softer and more mellow, it gives the Brewises’ natural melodic sensibilities more exposure in the mix. That move comes with a similar shift in lyrical tone – where 2018’s Open Here represented the apex of their political sensibilities, those are ditched here in favour of a more personal style. New single ‘Do Me A Favour’ even combines a Beatles-esque tune, falsettos and all, with a plain 4/4 rhythm. While these are perfectly lovely, perhaps long-term fans will wonder on occasion whether the Brewises have sacrificed a touch too much of their personalities in pursuit of a more listener-friendly approach.

Flat White Moon is not a wholesale paradigm shift, however. The classic Field Music art-rock tendencies are there in the off-beat emphasis of ‘Out Of The Frame’, and in the loping beat and scratchy guitars on ‘In This City’. The fundamental difference is that, where they used to channel XTC, now it’s the cerebral avant-pop of Talk Talk – on ‘Not When You’re In Love’, the knotty ‘Meant To Be’ and the insistent, two-note riff and funk of closer ‘You Get Better’.

2012’s Plumb was a sound-defining moment, and one which earned them some overdue mainstream exposure when it was one of the frontrunners for that year’s Mercury Prize, but it’s been a template that the Brewises have been loth to overhaul in the years since, notwithstanding some real gems like 2016’s Talking Heads-influenced Commontime and last year’s Imperial War Museum-commissioned project Making A New World. Flat White Moon represents the biggest shift in Field Music’s sound in nearly a decade, therefore, but one that makes complete sense in the context of their career arc. These warm, gentle-spirited songs make you work less hard for it than some of their most acclaimed albums, and while it may lose a few of their eccentricities, maybe it’s easier to love Field Music as a result. (7/10) (Ed Biggs)

Listen to Flat White Moon by Field Music here via Spotify, and tell us what you think below!