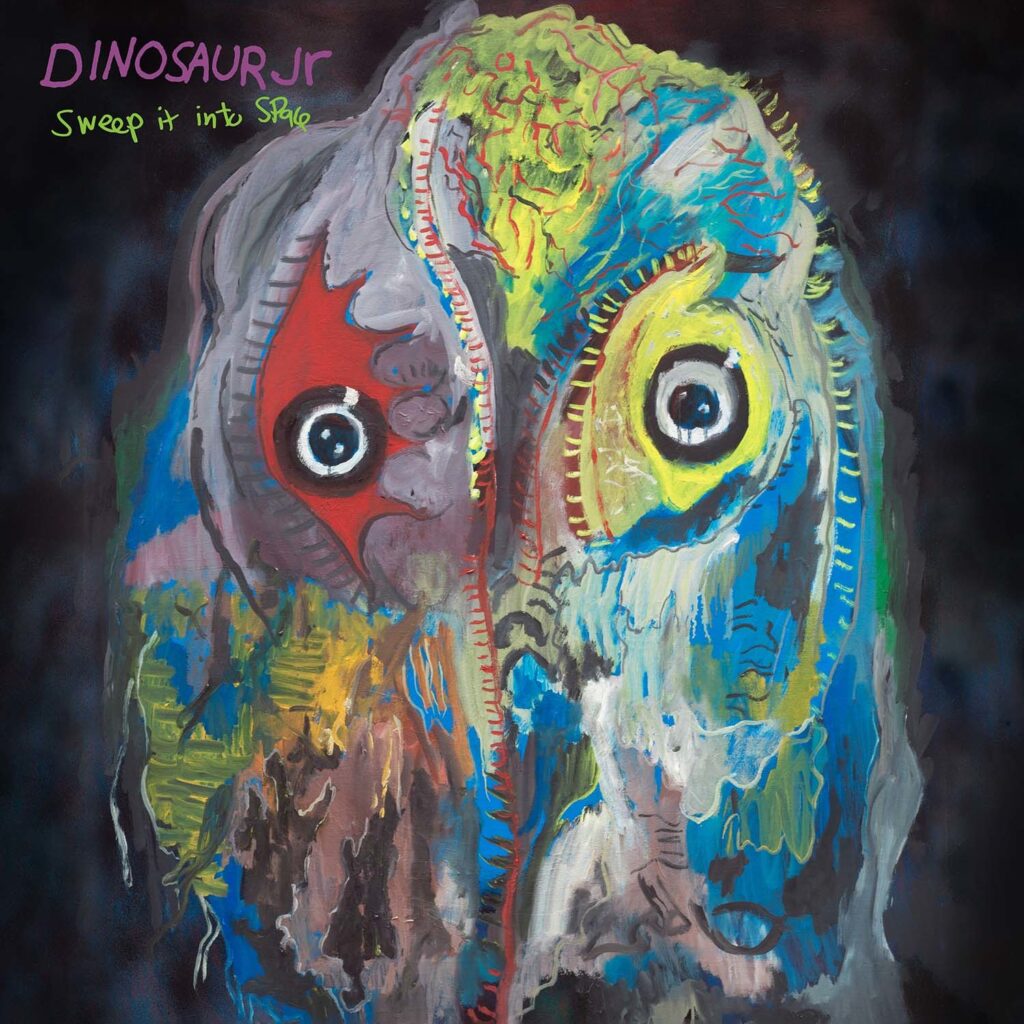 Well over three decades into their career, J Mascis and Dinosaur Jr. give fans more of what they want on 12th album ‘Sweep It Into Space’.

More than three decades after they began their first stint as an indie / noise-rock power trio, Dinosaur Jr. are still producing consistent works of music. Their twelfth studio album, Sweep It Into Space, is another great collection of jangly yet overdriven indie rock that stays true to the style they established all those years ago. If it ain’t broke, don’t fix it.

J Mascis’ dry, drawling vocal style and layers of fuzzed-out, saturated guitar lines adorn majority of the material on this album, as is to be expected. Mascis has always had a voice that appeared to be future-proofed, impervious to the decline in quality that tends to come with age. His lax but emotional-laden delivery has remained essentially unchanged since the mid-‘80s and their seminal 1987 album You’re Living All Over Me. Whether you’re a fan of the style or not, it’s hard to not be impressed by the consistency in Dinosaur Jr.’s topic material and sound. Those huge layers of distortion from the guitars are countered by the drawled, almost half-arsed vocal style, and encapsulates perfectly the depressing periods of self-deprecation that people find themselves wallowing in from time to time.

This is not to say by any means that Dinosaur Jr. are stagnating, far from it. They are aware of their audience, their fanbase and their perceived image, and are happy to keep reinforcing that image with fresh material in the style their listeners’ desire. It would be easy for a non-fan to write this album off as self-derivative and unadventurous, but the very reason why Dinosaur Jr. have found themselves growing in listeners of a younger demographic in recent years is due to their unwavering sound. One of the most appealing aspects of Sweep It Into Space is that it’s an album that could’ve been released at any point over the last 35 years – it has that tape saturated sound and an effortless rawness that rings true to the sounds omitting from the very first American indie rock movement.

Perhaps Dinosaur Jr. are running on nostalgia in 2021. It wouldn’t be too outrageous to say that they provide a rose-tinted time portal back to an era of time that half their audience weren’t even alive for. For that reason, Sweep It Into Space is by no means revolutionary, but it sure provides a great listen for people who just want more Dinosaur Jr. (7/10) (Jacob Kendrew)

Listen to Sweep It Into Space by Dinosaur Jr. here via Spotify, and tell us what you think below!