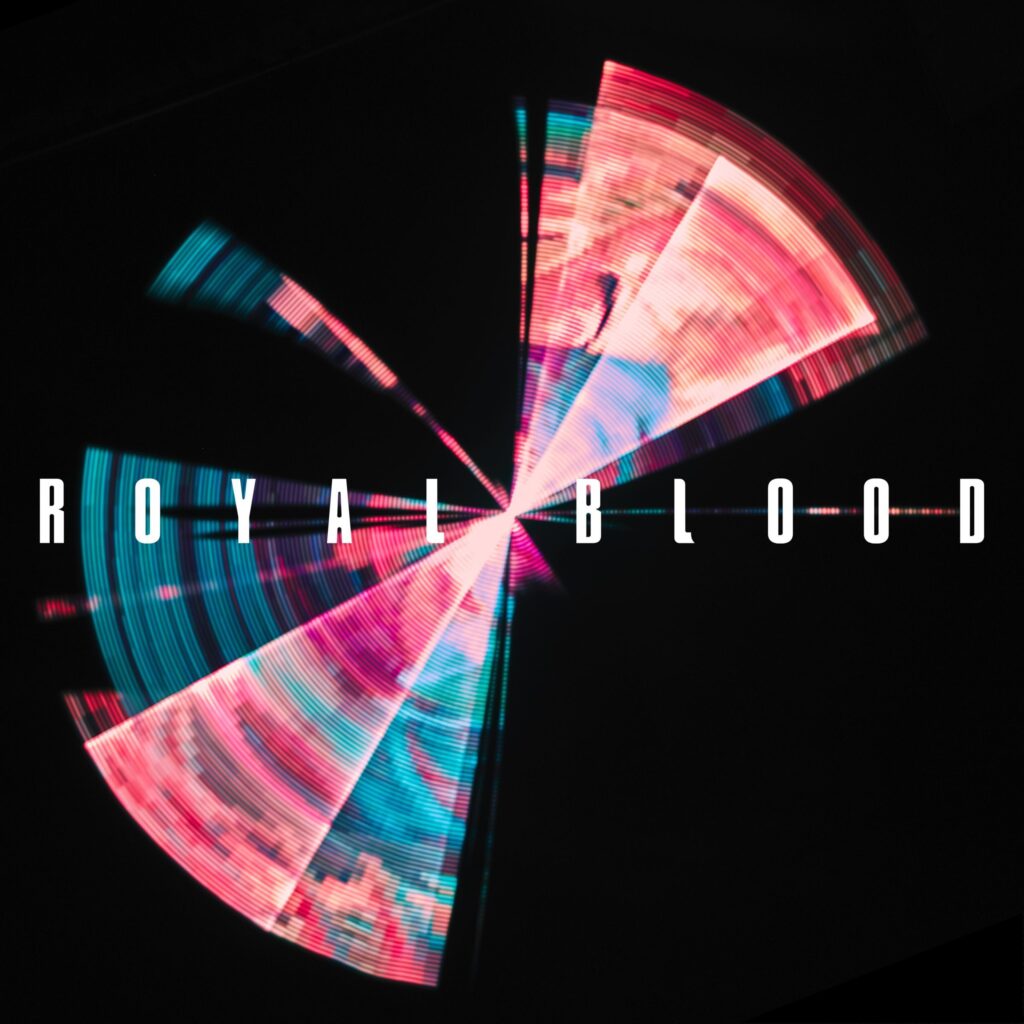 Royal Blood’s output since their rapid ascent to fame in 2014 has been relatively slow. Their last album was in 2017, and although it was undoubtedly weaker than their debut, How Did We Get So Dark? did have a few stand-out moments. Overall, the impression that was given from it was very much more of the same, and that seemed to be the route that Royal Blood was heading in. Rocking guitars, thrashing drums, likeable and enigmatic frontman, a winning formula. Well… until something came along that changed everything.

For Royal Blood, it was watching their own tribute band that completely changed their progress towards a new album. That ought to be an incredibly daunting and unnerving prospect for any performer, but for frontman Mike Kerr, it felt like a wake-up call. He saw what the band was missing and knew where to work on. Those expecting Kerr and Ben Thatcher’s sound to become bigger and more explosive may be surprised by Typhoons. In fact, it’s so completely different that it might potentially risk losing some fans.

In fact, when Mike Kerr talks about filling in gaps in the group’s performance, he forgets to mention also ripping down and completely rebuilding their identity. Gone are the overly edgy dark vibes that their first two albums were built on, instead replaced with some undeniable funky, disco vibes.

They’re not the first band to take on this sound. The most obvious comparison that can be drawn from Royal Blood’s new sound is Queens Of The Stone Age, who have on many occasions mixed in disco and funk elements into their sound. When Royal Blood try it, there are elements of plagiarism, but overall, they do manage to craft an element of original sound.

Talking about disco, it would be obvious to talk about the track with the most outwardly disco influence, ‘Limbo’. It starts with some shimmering synth sounds before a pummelling and pretty distorted guitar breaks through and drives the track. The chorus may turn off some listeners because it does ultimately become disco worship, but it actually works beautifully with Kerr’s vocals. This is a pattern throughout pretty much the entire record. Kerr puts on a pretty decent Josh Homme impression, and he sounds very assured and never bored.

There are elements of the mix where sometimes the instrumental can be a little overpowering and we lose some of Kerr’s excellent vocal patterns, but thankfully these are few and far between. Of course, like past Royal Blood efforts, the lyrics really are not anything to marvel over, it’s the usual “I’m a bad boy, but I’m also kind of soft and I have emotions”, but few listen to Royal Blood for lyrical insight in any event.

Opener ‘Trouble’s Coming’ is also a pretty great track in terms of drawing you into Typhoons. It’s not ridiculously over the top with its disco energy, as to not alienate their fanbase, but it drops in a few hints that the band is moving in a new direction. In terms of classic Royal Blood, there’s also a few tracks that fans will certainly be all over. ‘Boilermaker’ is the heaviest track on the album and sounds so assured and confident, and the chorus is absolutely one of the album’s best moments, with Kerr providing a pretty energetic Limp Bizkit impression on the vocals (and thankfully, not on anything else).

Most tracks on the album feature bridges that have huge build-ups. ‘Either You Want It’ is saved from being pretty forgettable by having a pretty fantastic build-up that eventually explodes into a final chorus. ‘Limbo’ features my favourite build-up though, with shining panicking synths alongside some impressive drum work from Thatcher, before fading out. ‘Hold On’ feels like the entire track takes from these build up elements with some piercing synths littered throughout the chorus.

Unfortunately, Typhoons ends on a low point. After ten lively tracks, Mike Kerr and Ben Thatcher decide to end on a piano ballad that really ultimately goes nowhere, seemingly to end some lovelorn narrative that I, frankly, wasn’t particularly interested in. It’s nice enough, but feels so unnecessary, a gratuitous nod to emotion and sensitivity that would have been more suited to a B-side. Thankfully, Royal Blood’s third album has much to admire about it, representing an admirable change in direction. (6/10) (Harrison Kirby)

Listen to Typhoons by Royal Blood here via Spotify, and tell us what you think below!