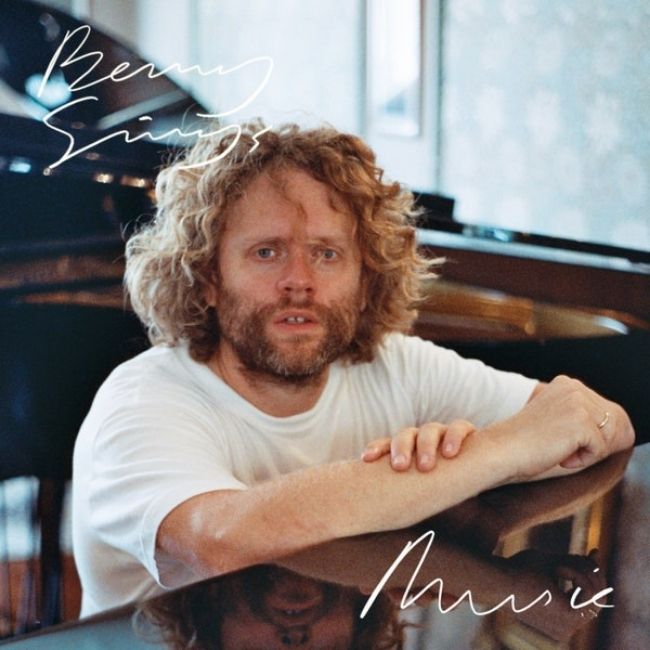 A chilled and easy-going mix of folk, pop and indie, ‘Music’ will hopefully be a breakout moment for Dutch cult figure Benny Sings.

A simple title for an easy-going album; Benny Sings’ Music is a comforting collection of light, synthy indie-pop. The sounds you can hear pouring from this album are akin to the likes of Mac DeMarco and Tom Misch, both of whom in fact feature as collaborative artists on Music, on tracks ‘Rolled Up’ and ‘Nobody’s Fault’ respectively. Amsterdam-born multi-musician Tim van Berkestijn has forged a creative home in the niche of down-to-earth, emotionally driven yet effortless-sounding folk-pop that has become increasingly popular over the past decade, a genre spearheaded perhaps most prolifically by the aforementioned Mac DeMarco. Nevertheless, despite the obvious risk of appearing derivative when compared to the likes of DeMarco, van Berkestijn has a sound all of his own. With a delicate but full vocal tone and no fear of instrumentational variety, he’s delivered a start-of-summer crowd pleaser.

Music is drowning in a certain lazy charm, which pairs perfectly with a hazy evening and a crackling fire. There is no absence of groove; the bass is kept succinct but provides a strolling rhythm that is then punctuated by the two and four snare hits. It passes you without kicking up much of a fuss, but every track is pleasant, even when van Berkestijn discusses typically more downbeat topic matter. Benny Sings is presented as a figure adjusted to pain and loss, shrugging off any deep lyrical material with his casual vocal style. Barely avoiding another comparison to DeMarco, it seems to be an increasingly popular attitude to portray as a musician – the idea that you don’t care about the music you’re making seems to resonate with the audience’s emotional state when listening.

The production style of this album is another excellent component of its pleasantness – each of the tracks on Music sounds tight, controlled, and just punchy enough to get your attention without making you get up out of your seat. The drum sounds, in particular, are crisp yet subdued, which allows their consistent beat to guide you through the album. Everything seems to have come together just right on Music to create a relaxed vibe – the excellent string-synth tones heard on tracks ‘Nobody’s Fault’, ‘Rolled Up’ and ‘Break Away’ in particular are reminiscent of the infamous ‘Everybody Loves The Sunshine’ by Roy Ayers Ubiquity, which is perhaps why they evoke that summer sensation of soaking up the sun.

Without being too critical, Music won’t blow anyone’s minds, and doesn’t particularly delve into any sonic experimentation. But that’s not what it’s designed to do. Benny Sings and his songs sit in the sweet spot between being awake and asleep, right there on the edge of consciousness. There is no doubt that Music will resonate with its target audience perfectly as the days start getting longer, and the nights become more alive as the world gradually restarts over the course of this year. (7/10) (Jacob Kendrew)

Listen to Music by Benny Sings here via Spotify, and tell us what you think below!