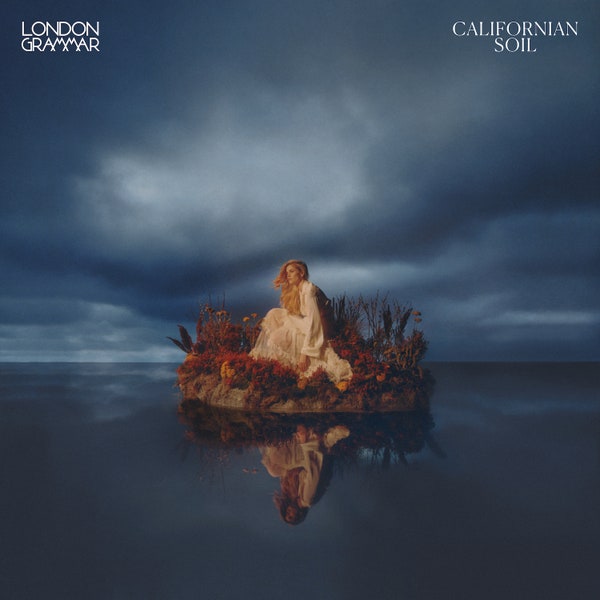 London Grammar bust out of the monotony of their first two albums with ‘Californian Soil’, their most vivid, experimental and powerful project yet.

Californian Soil is the latest album from English indie-pop band, London Grammar. Having made waves in the water with their EP Metal & Dust in 2013 then following it up with their debut studio album If You Wait which peaked at number two on the UK Albums Chart, before going one better with 2017’s Truth Is A Beautiful Thing in 2017, the band were in a curious position. Both were commercial successes, but a lot of critics were disapproving of the comparative lack of range in song composition, lacklustre instrumentals, and monotone themes. They defined a mood more singularly than almost any other, but there was little else to add.

This time around, London Grammar proves that they can ‘do’ different by releasing their most vivid, experimental, and powerful project. The gorgeous orchestral pieces, mixed with poppy electronic constructions, make for a fun yet gripping listening experience. The songwriting is equally stunning and adapts to the new ambience of the tracks with a dark edge as Californian Soil is very much about Reid’s experience as a woman.

‘Californian Soil’ is about Reid gaining possession of her life, in part after she almost quit the “sexist and exploitative” music industry in 2019. ‘Lose Your Head’ touches on emotionally manipulative relationships and toxicity where power and control seem to be the central theme of this song but for its dark message, the production is upbeat and buoyant. ‘Baby It’s You’ is a blissful, atmospheric love song benefits from the extroversion and quicker tempos. The beat drops on ‘Lord It’s A Feeling’ and ‘I Need The Night’ hit with a confidence the band’s more restrained music never mustered through the boosted percussion. In ‘America’, Reid uses the idea of the American Dream to wave goodbye and let go of the past and move on in life, a fitting end to this album.

Sometimes the poppy new sound doesn’t smooth out London Grammar’s quirks so much as place them in an entirely different context, sometimes not entirely successfully. The ball is dropped on production as the band reverts to what they did previously but still employing some of the current production style, resulting in a confusing tone. At times, Reid’s vocal delivery outweighs the theme of the song meaning the lyrical content gets blurred and ignored in an effort to push out that high note.

Despite these missteps, the band puts out their most versatile and expansive project yet. While some of the intimacy of previous tracks might be lost, London Grammar instead gains that greater variety that avoids the monotony of previous albums. Californian Soil ought to be a milestone for the band, as this evolution could channel into something magnificent and worthy of the potential that they showed when they started. (7/10) (Aryan Agarwal)

Listen to Californian Soil by London Grammar here via Spotify, and tell us what you think below!