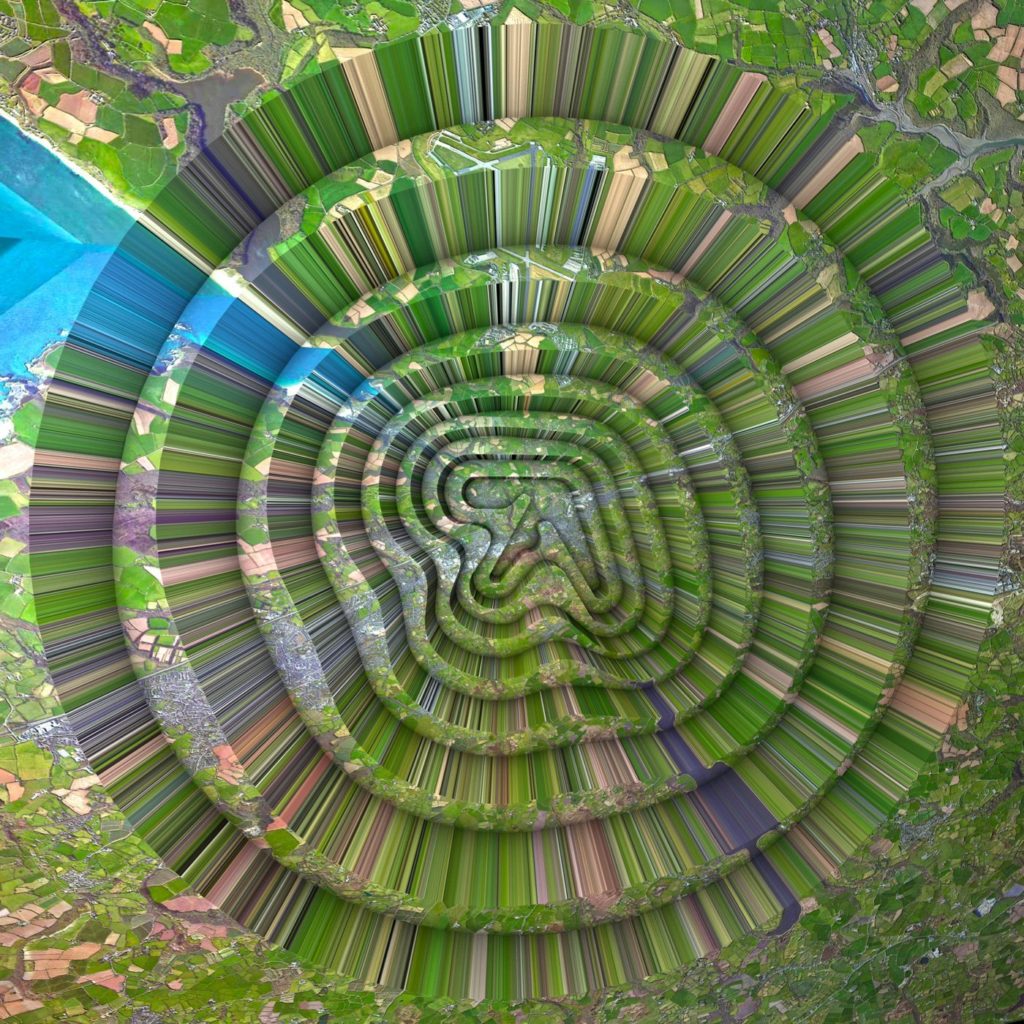 Following his return from a 13-year absence back in 2014, Richard D. James has kicked off one of the most prolific periods of work ever under his Aphex Twin moniker. Beginning with that year’s bucolic and beautiful Syro and continuing with two very different EPs in quick succession – 2015’s bizarre Computer Controlled Instruments pt.2 and 2016’s Cheetah – it saw a British underground icon(oclast) return to a music scene that had sorely missed characters like him, as well as a new generation get introduced to his unique catalogue of work.

However, for all the great pleasure to be derived from those works, they ultimately felt like deck-clearing exercises preceding something larger, like a clearing of the throat after a long period of silence. Collapse, a new five-track, 29-minute EP trailed by a much-publicised graphic campaign involving the distinctive Aphex Twin logo popping up in various locations around the world, feels much more like James seriously getting back into his groove.

In its finest moments, Collapse re-captures the soft, melancholic spines of his earliest ambient work, spiked with the scattershot BPM anarchy of his late-Nineties digital era. The previously release opener ‘T69 Collapse’ is full of unexpected turns and shape-shifts, retaining the wriggly, squirmy forms of his previous work and super-imposed with a latticework of head-spinning beats. Featuring a genuine curveball mid-section that sees a downshift of 150bpm in a matter of seconds, it’s the sound of James operating at his highest level, something that Syro never really suggested and Cheetah only occasionally hinted at.

The inherent volatility and excitability of that title track is replicated throughout Collapse, whose sonic architecture is designed to take the listener down tunnels and through wormholes at unexpected points. ‘1st 44’, featuring flashes of old-fashioned turntable skills and micro-samples of The Specials’ ‘Guns Of Navarone’, gets more violent as it progresses. The vaguely sinister voices at the start of ‘MT1 t29r2’ could have come from 2001’s drukqs album, and serves as the most uncompromising moment on the EP despite its moments of sonic levity; while the gibbering synths of closer ‘Pthex’ see James mining some pretty cavernous bass for a low-key ending.

In the middle of all of that is ‘abundance10edit[2 R8’s, FZ20m & a 909]’, possibly the closest thing to straightforward that James has managed in his highly idiosyncratic career. Influenced by modern footwork, such as the soft clatter and queasy sway of current artists like Jlin, it also revisits a classic Aphex trick of manipulating creepy kids’ voices. It’s immensely satisfying, like watching a master craftsman at work doing something that for him seems easy, but to onlookers seems fascinatingly complex. Long-term Aphex Twin fans know James can do, and has done, better, but that’s not the point.

While you get the feeling that James is operating very much in his comfort zone, Collapse at least brings him back into something approaching ‘classic Aphex Twin’ territory, unlike the bolder but less consistent Cheetah EP two years ago. Given that the perimeter of James’s comfort zone is many times larger than that of virtually every other artist out there, that’s no bad thing. If the diverse approach here can pay off on a full album, we’re looking at least one more classic Aphex Twin record before whenever Richard D. James decides to call it a day. (8/10) (Ed Biggs)

Listen to Collapse EP by Aphex Twin here via Spotify, and tell us what you think below!